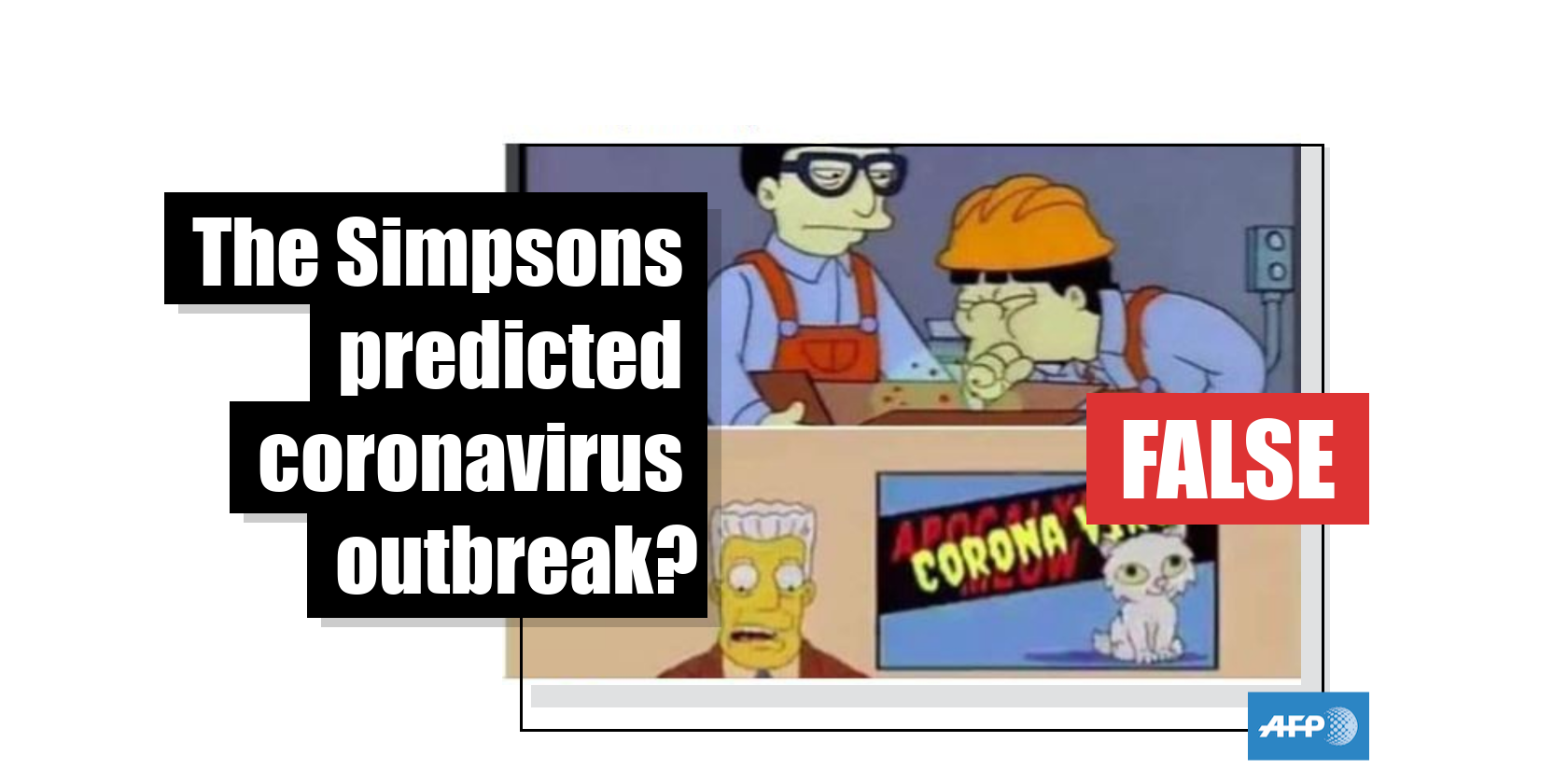 A series of screenshots from The Simpsons have been circulating online alongside claims that the TV show predicted the novel coronavirus outbreak. The claim is false; the montage features shots from two different episodes, one of which has been digitally altered to include the words “corona virus”.

Three of the four accompanying pictures are from Season 4, Episode 21 of the hit TV show, as the caption claims. 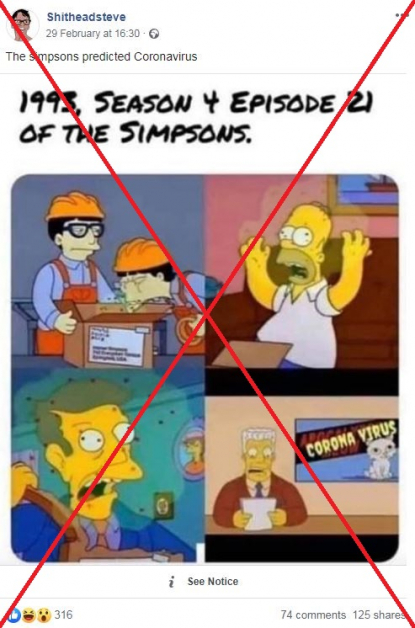 A screenshot of the false claim shared on Facebook, taken on March 4, 2020

The episode, “Marge in Chains”, features a virus that spreads from Japan to Springfield in packages. However, the illness is described as Osaka flu -- not coronavirus -- in a report read by the show's newsreader Kent Brockman. 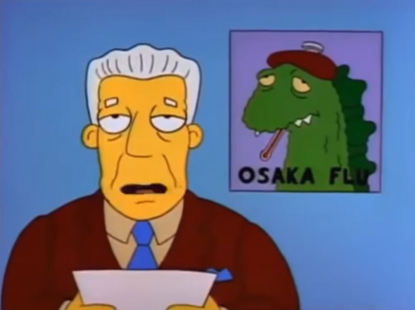 An episode of The Simpsons featuring fictional virus 'Osaka flu'

The image in the bottom-right corner is from a different episode. AFP ran a keyword search for “apocalypse meow” -- visible in red behind the yellow “corona virus” title -- and found that the screenshot was taken from an episode broadcast in 2010. 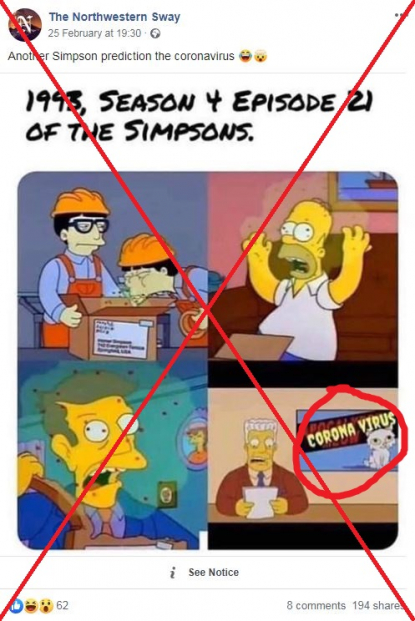 A screenshot of the false claim shared on Facebook, taken on March 4, 2020

The episode, “The Fool Monty”, features a plot by the media to release a man-made disease known as "house cat flu".

During a news bulletin, Kent Brockman is pictured alongside a title reading, “Apocalypse Meow”, which has since been doctored to add the term “corona virus” in the widely-shared social media posts.

Screenshots from an episode of the Simpsons (left) and from a false claim shared on Facebook (right) taken on March 3, 2020

The World Health Organization previously debunked false claims that people could contract the novel coronavirus from parcels arriving from China.

“It's very unlikely that you can get the COVID-19 just by touching the outside of a package sent from China or another country,” WHO spokesman Tarik Jasarevic told AFP via email.

“Viruses generally cannot survive more than a few hours on porous materials such as paper or cardboard.”

Read more about misinformation on the novel coronavirus here.