Social media posts circulating online in Taiwan purport to show a Buddhist monk-shaped cloud appearing as the island faced a sudden surge in Covid-19 cases in May 2021. The claim is misleading: the photo has circulated online since at least September 2020.

It shows a cloud in the sky which the caption claims resembles Ji Gong, a Buddhist monk who lived in the 12th century and was believed to have supernatural powers to save people from suffering.

“At the dawn of May 30, 2021, Teacher Jigong showed his great mercy by manifesting himself in the sky above Wuqi in Taichung amidst the heavy thunderstorm to rescue the disaster and resolve the pandemic”, the caption, written in traditional Chinese, reads in part. 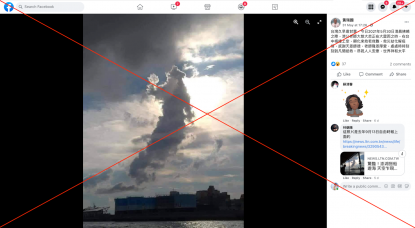 The post emerged as Taiwan battled a sudden surge of coronavirus cases in May 2021, after having one of the world's best pandemic responses.

The same photo was shared alongside a similar claim on Facebook here, here and here.

A reverse image search on Google found the same photo published here on Facebook on September 15, 2020. The caption reads: “This cloud photo looks like Teacher Jigong with a hat and a fan. Do you think it looks like it?” 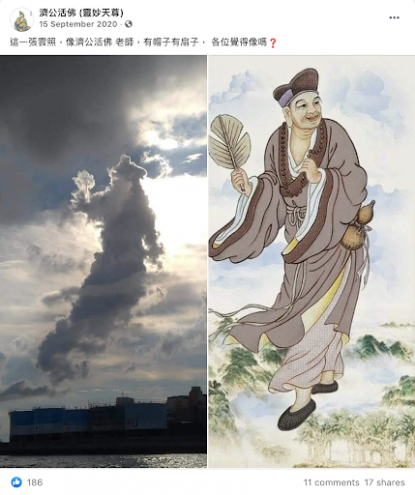 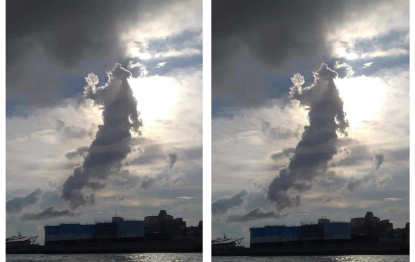 The article credits the image to a Facebook group, which has since been removed.

The misleading post was also debunked by a Taiwanese fact-check organisation MyGoPen here.