An image of “5D medical beds” has been shared in multiple Facebook posts alongside a claim that the technology will soon make “3D hospitals” obsolete. The claim is misleading: the image attached to these posts is a 3D model render which was originally posted on a stock image site. 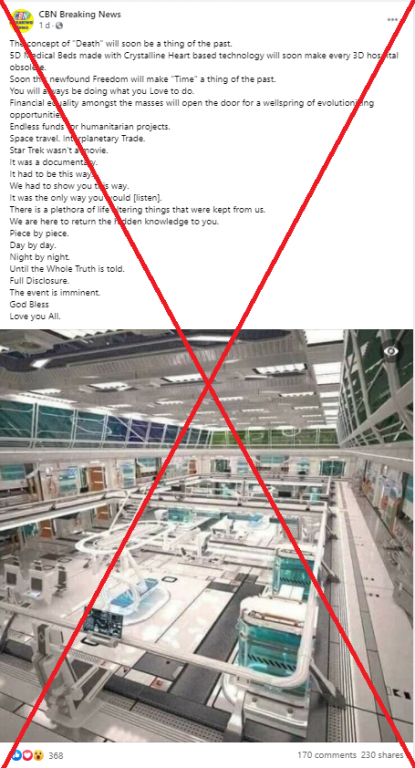 “The concept of ‘Death’ will soon be a thing of the past,” the caption reads in part.

“5D Medical Beds made with Crystalline Heart based technology will soon make every 3D hospital obsolete. Soon this newfound Freedom will make ‘Time’ a thing of the past.”

5D refers to five dimensions, part of a hypothesis that there are additional unseen dimensions other than the three spatial dimensions (height, length and width) and the fourth dimension of time that humans can perceive, according to HowStuffWorks.

Some social media users appear to have been misled and believed those are genuine 5D medical beds in the image:

The image has also circulated here and here on Facebook with the same claim.

A reverse image search of the image on Google found this identical image on Turbosquid, a website which sells stock 3D model renders.

3D model rendering is the computer graphics process of converting 3D models into a 2D image that can be viewed on a screen. 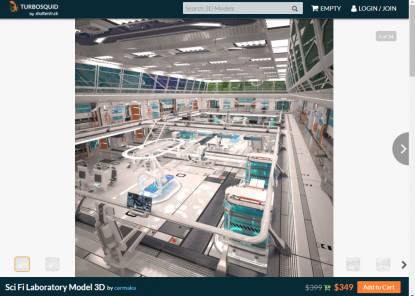 A screenshot of the Turbosquid entry as of February 18, 2021.

Below is a screenshot between the image in the misleading Facebook post (L) and the image of the 3D model rendering on Turbosquid(R):