The image shows a simulation in a Canadian hospital in 2020

Social media posts share a photo of a mannequin in a hospital bed that they claim was passed off as a Covid-19 patient in France in a bid to exaggerate the severity of the Omicron outbreak. The claim is misleading; the image was filmed in 2020 at a Canadian hospital as part of a series of videos promoting its handling of Covid patients.

"I'm used to people lying to me. It was a daily occurrence. Never believe everything you are told. Seek the evidence."

The screenshot shows a mannequin covered in a protective transparent bubble and surrounded by medical workers, alongside the text: "France: Hospitals are so saturated with the omicron variant that there is not even time to put the arms to the mannequins for the media". 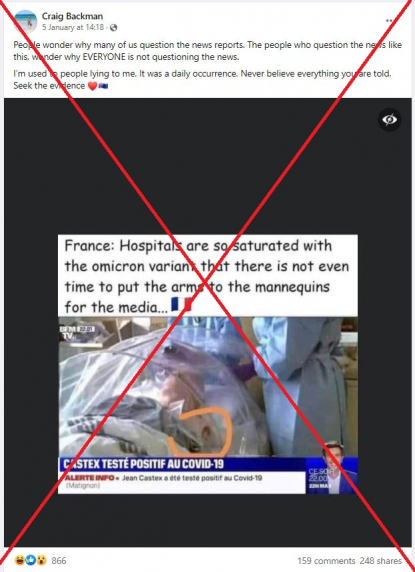 The image features the logo of French news channel BFMTV in the top-left corner alongside the time '22.01' and a news ticker that reads "Castex tests positive for Covid-19".

French Prime Minister Jean Castex tested positive for Covid-19 on November 22, 2021, four days before Omicron was designated as a variant of concern by the World Health Organization. 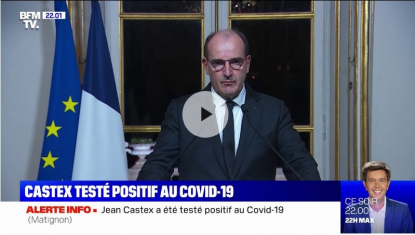 The same image from the misleading posts was shared in similar posts in various languages, including English, French, Spanish, and Portuguese.

The oldest version of the image that AFP found was in a tweet posted on December 10, 2021 from an account that said it was "obviously a fake".

A Yandex reverse image search led to an image of the mannequin but without the BFMTV logo or the news headline.

A keyword search found a fact check article published by Canadian broadcaster Radio Canada on October 8, 2021 titled: "No, these mannequins on hospital beds are not fake COVID patients".

The article explained that the image of the mannequin came from a report by Radio Canada on April 17, 2020 called "Inside a COVID-19 hospital".

The French description reads: "Delve into the lives of healthcare workers in their daily fight against COVID-19. Bruno Savard visits Dr. Mathieu Simon, pulmonologist and head of intensive care at the Quebec Heart and Lung Institute."

The image of the mannequin from the misleading posts is visible at the 02:36 timestamp of the Radio Canada video. 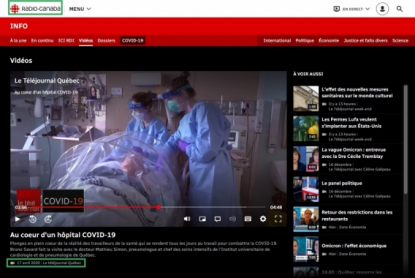 Screenshot taken on December 19, 2021 from the Radio Canada website

The image of the mannequin can also be found at the 01:31 timestamp of a YouTube video posted by the Quebec Heart and Lung Institute on April 23, 2020.

The video is titled in French: "The institute in the time of COVID-19: simulation in intensive care (promotional video 2)".

The description reads: "Simulation of a COVID-19 patient in IUCPQ-UL intensive care with Dr. Andréanne Côté, pulmonologist and her team."

Below is a comparison between the screenshot in misleading posts (left) and a screenshot from the YouTube video (right).

The Quebec Heart and Lung Institute published various similar videos as part of a series named "The institute in the time of COVID-19", showing how it was dealing with the pandemic, including disinfecting equipment and holding online consultations with patients.

News footage from training facilities has been misleadingly used in similar claims in 2021 about Covid-19 hospitalisations, as AFP debunked here in English and here in French.