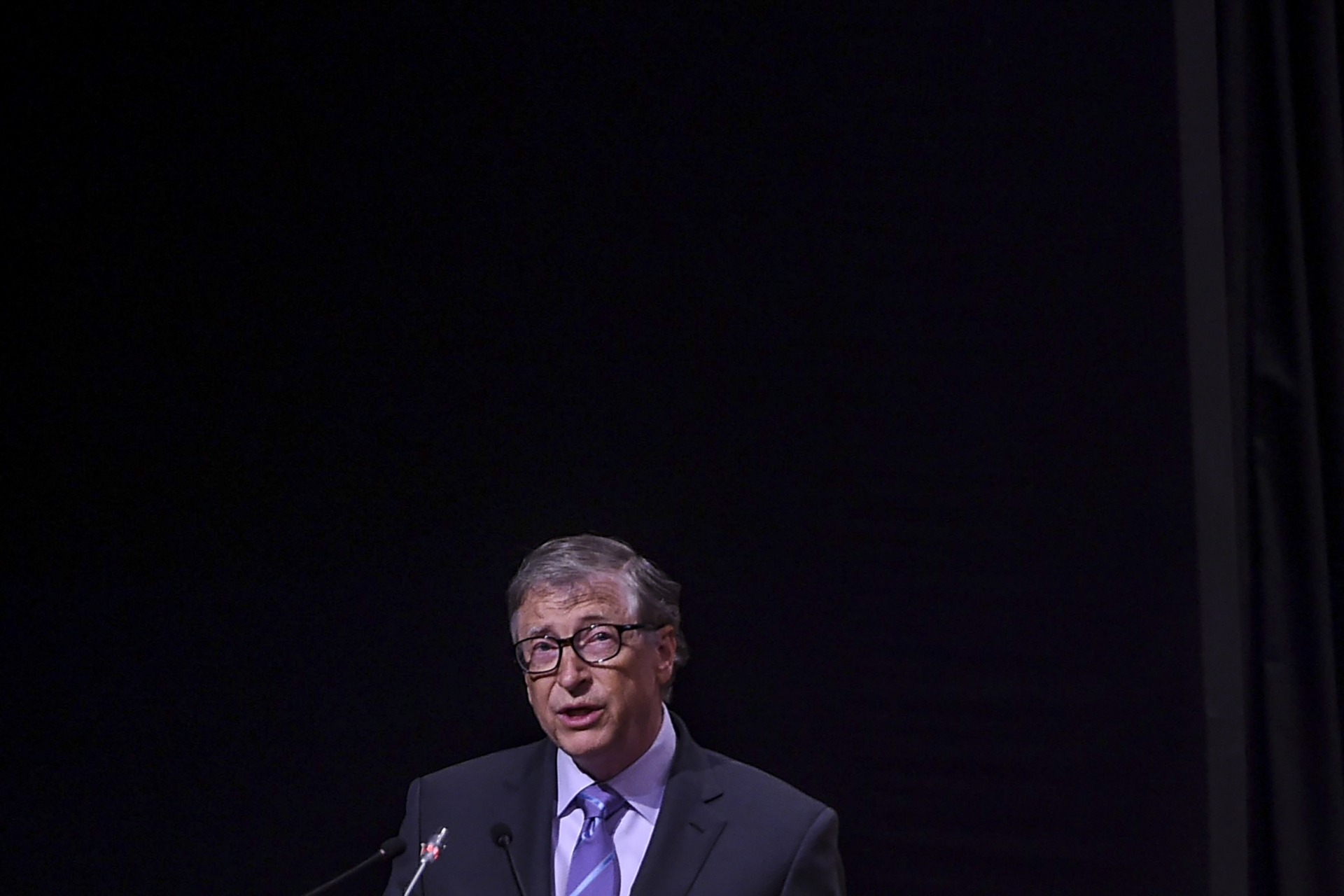 Bill Gates speaks during the inauguration of the 8th International Conference on Agriculture Statistics in New Delhi on November 18, 2019 ( AFP / Money Sharma)

Social media posts in late 2021 claim a 1999 video game named "Omikron" is linked to Bill Gates and Microsoft, the company he co-founded, suggesting that it foreshadowed the Omicron variant of the coronavirus. This is false; Microsoft says that neither it nor Gates -- a favored target of conspiracy theorists -- were involved in the game's development, and it is unrelated to the deadly pandemic that came two decades later.

"'Omicron' was the name of a 1999 video game by Microsoft (Bill Gates) about demons pretending to be humans and harvesting their souls.... I'll just leave that right here" says a tweet from November 30, 2021, four days after the World Health Organization (WHO) designated Omicron as a variant of concern.

Within days, similar posts appeared on other social media platforms such as Facebook and TikTok in English, as well as in French, Spanish, Portuguese, German, Croatian, Romanian, and Greek.

Gates has been the object of repeated conspiracy theories, both before and during the Covid-19 pandemic, including that he said the planet should be depopulated. The claim that he was involved in the 1999 video game is likewise inaccurate.

"This video game was not developed by Microsoft / Bill Gates," a Microsoft spokesperson told AFP.

"Omikron: The Nomad Soul," an adventure game launched in 1999, was created by video game developer Quantic Dream, which did not respond to requests for comment by the time of publication. The company was founded in 1997 by French director David Cage, who created several other games. The rest of the team behind Omikron can be viewed here.

The game was distributed by UK -based video game publisher Eidos Interactive, now Square Enix, which launched it on Microsoft Windows in 1999 and for home video game console Dreamcast in 2000. The game is still available for purchase physically on Amazon, or via online digital video game distributors Steam and Gog.

Microsoft did launch a video game production division in 2000, which works with third-party companies and studios to develop and publish video games under the Microsoft name for the Xbox, Steam, and Windows Store platforms. Xbox Game Studios works with 23 developers studios, but Quantic Dream is not one of them.

"Omikron" -- not "Omicron" as the tweet claimed -- is the name of the main city on planet Phaenon, on which the adventure game is set. It is a futuristic environment turned uninhabitable by its only sun's disappearance.

British singer David Bowie interpreted the non-playable character Boz, and composed the soundtrack for the game.

The Omicron variant was detected in late November 2021 by South African scientists, and named after the Greek letter Omicron based on the nomenclature decided by the WHO. Letters of the Greek alphabet were recommended because they were "easy-to-pronounce and non-stigmatizing."

Letters "Nu" and "Xi" were left out because the first one is too close to the English word "new" and the second one is a common last name, AFP Fact-Check explained here.