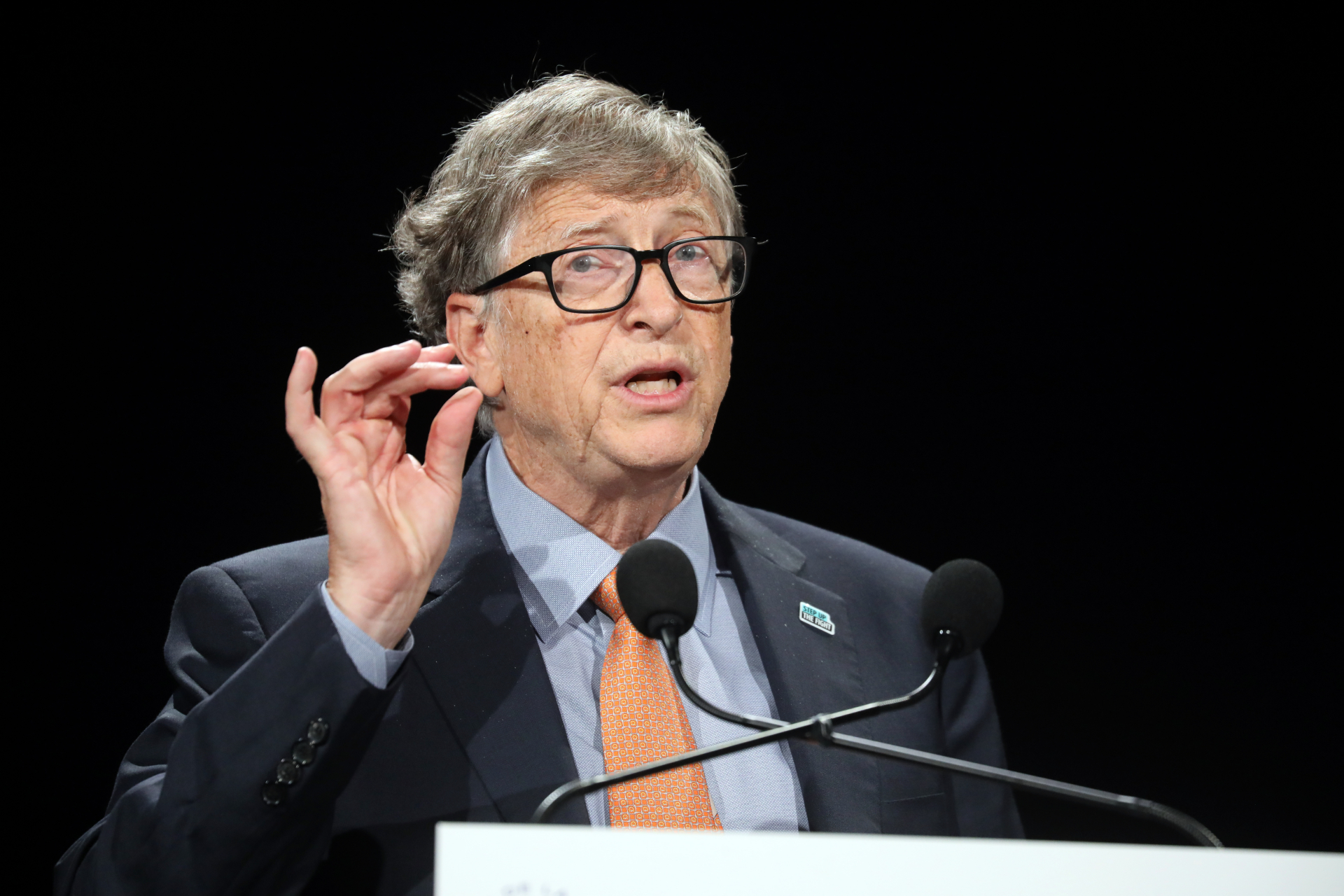 As more Covid-19 jabs are administered globally, social media posts have shared a newspaper report with a claim that it shows billionaire philanthropist Bill Gates calling for "depopulation through forced vaccination". The claim is false. The newspaper -- which has a history of publishing vaccine misinformation -- has misrepresented remarks made by Gates in 2010 about population growth, where he made no reference to "depopulation".

"This woman has saved this 2011 newspaper till now," reads this Chinese-language Twitter post that had been shared over 400 times since August 23, 2021.

The post includes a photo of a woman holding a newspaper called "The Sovereign Independent".

It shows a photo of Gates overlaid with the quote, "The world today has 6.8 billion people. That's headed up to about 9 billion. Now if we do a really great job on new vaccines, health care, reproductive health services, we lower that by at least 10 or 15 percent."

The report refers to Gates as "Billy 'The Kid Killer' Gates".

A screenshot taken on September 4, 2021 of the misleading post

The post circulated as inoculations were underway globally to halt the spread of Covid-19.

While 40 percent of the world population has received at least a dose of a Covid-19 jab, less than two percent in low-income countries have been vaccinated, according to figures from Our World In Data.

Keyword searches on Google found the remarks attributed to Gates in the newspaper report were taken from a talk he delivered during a TED Conference in February 2010.

The talk was about Gates' vision for the world's energy future. His remarks about the world's population appear at the 4-minute, 27-second mark of the video.

In fact, Gates was talking about cutting global population growth by "10 or 15 percent" to reduce carbon emissions, rather than reducing the actual population. A transcript of his full speech can be found here.

In 2009, Gates recommended using vaccines to reduce child mortality rates. He said since some parents choose to have enough kids to offset high child mortality, increasing the chance of a child surviving to adulthood and encouraging parents to have smaller families would create "a virtuous cycle that takes a country out of poverty".

The Gates Foundation has repeatedly rejected the depopulation claim.

"We are concerned about the conspiracy theories being spread online and the damage they could cause to public health," its spokesperson told AFP Fact Check in October 2020.

"At a time like this, when the world is facing an unprecedented health and economic crisis, it’s distressing that there are people creating and sharing misinformation when we should all be looking for ways to collaborate and save lives."

"The Sovereign Independent" is not a credible source of information and has a history of touting misinformation about vaccines.

Further keyword searches found an online archive of the June 2011 edition of the newspaper that contains the misrepresented Gates remarks.

The same edition contains reports that share false claims about vaccination -- including that jabs "have never been proven to be safe" by medical research.

"Any licensed vaccine is rigorously tested across multiple phases of trials before it is approved for use, and regularly reassessed once it is introduced," the World Health Organization states.

An archive of the newspaper's information page claims it "frequently draws attention to the so-called 'New World Order'".

Similar misleading posts have been debunked by AFP in Romanian.