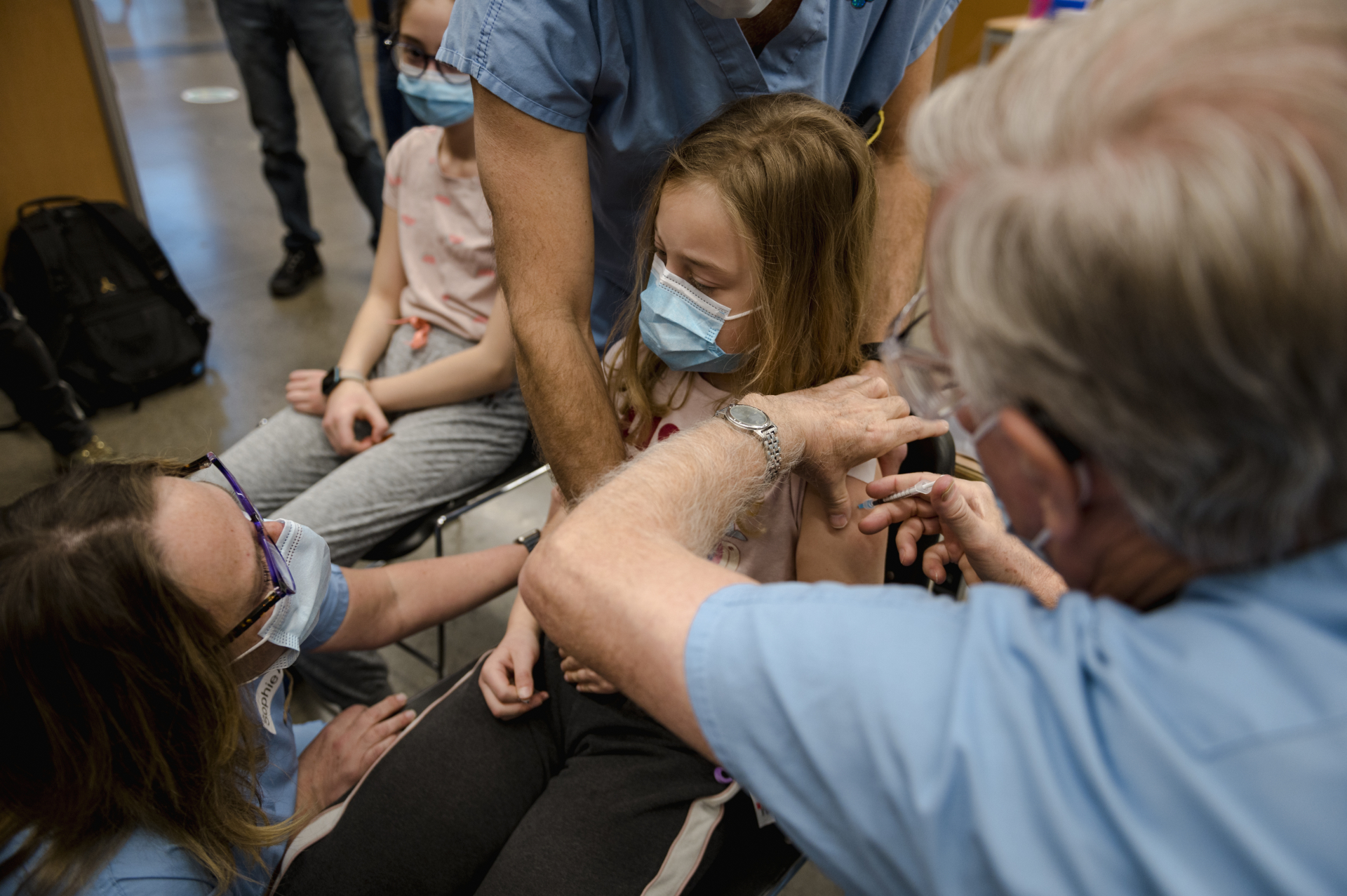 Social media posts claim 400 children were treated in one week for adverse reactions to Covid-19 shots at a Calgary hospital. But the health authority that runs the facility says it has not had any pediatric hospitalizations related to the shot, and Canadian federal data shows fewer than 400 adverse events following Covid-19 vaccination reported per week over the past month for all ages nationwide.

"Children Jab Crisis Building in Canada? Calgary Children's Hospital Had 400 Kids In This Week With Adverse Effects," says a December 8 tweet linking to an article that sources the claim to a message forwarded from a "friend whose wife is a nurse." 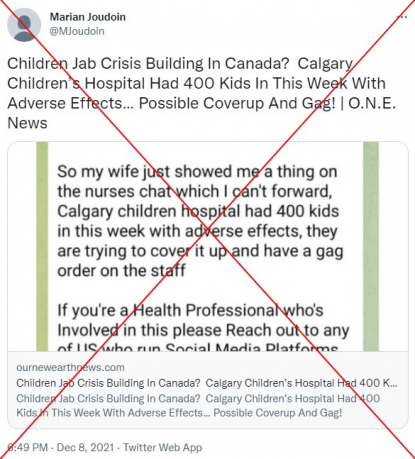 The claim surfaced as the province ramped up efforts following the November 19, 2021 federal authorization of the pediatric Pfizer-BioNTech Covid-19 vaccine for children aged 5-11.

But Alberta Health Services, the provincial health authority that runs the children's hospital in Calgary mentioned in the posts, called the claim "misinformation" and denied in a December 8 Twitter thread that children were hospitalized with adverse reactions.

"At this time, AHS has not had any pediatric hospitalizations related to Covid-19 vaccination," it said.

AHS also linked to data on the provincial government's website and said that out of more than 7,000,000 doses of Covid-19 vaccine administered in the province, slightly more than 2,100 adverse events following immunization had been reported to Alberta Health.

That is far fewer than the 400 children claimed to have been treated in a one-week period in the Calgary hospital.

A spokesman for Health Canada and PHAC said that the federal government collaborates with provinces, territories and vaccine manufacturers to collect information from several monitoring systems such as the Canada Vigilance Program and the Canadian Adverse Events Following Immunization Surveillance System.

The December 17 report from the federal government was the first to include any reports of adverse reactions in children aged five to 11. Thirty-two reports were filed nationwide, with four considered serious. The most common adverse event in adults and children was tingling or pain at the vaccination site.

The Pfizer-BioNTech messenger RNA (mRNA) vaccine for younger children is 10 micrograms, a lower dose than the 30 micrograms given to people 12 years of age and older. The pharmaceutical company submitted data from clinical trials and Health Canada said it determined that the benefits of the vaccine outweigh the risks.

The shot was also authorized for use on younger children by the US Food and Drug Administration (FDA) in late October. The FDA concluded that "no serious side effects have been detected in the ongoing study."

Rare cases of heart inflammation (myocarditis and pericarditis) following vaccination with mRNA-based jabs such as Pfizer-BioNTech's or Moderna's have been reported.

The Canadian government says most cases are mild and patients recover quickly. It has classified the cases as adverse events of special interest (AESI), saying they "have the potential to be causally associated with a vaccine product" and "must be carefully monitored and confirmed by further special studies."

However, Health Canada cautioned that patients face a higher risk of cardiac complications, including myocarditis, from a SARS-CoV-2 infection.

AFP Fact Check previously examined a misleading claim linking pediatric stroke to the Covid-19 vaccine, and a false claim about the death of a vaccinated child in Ottawa.