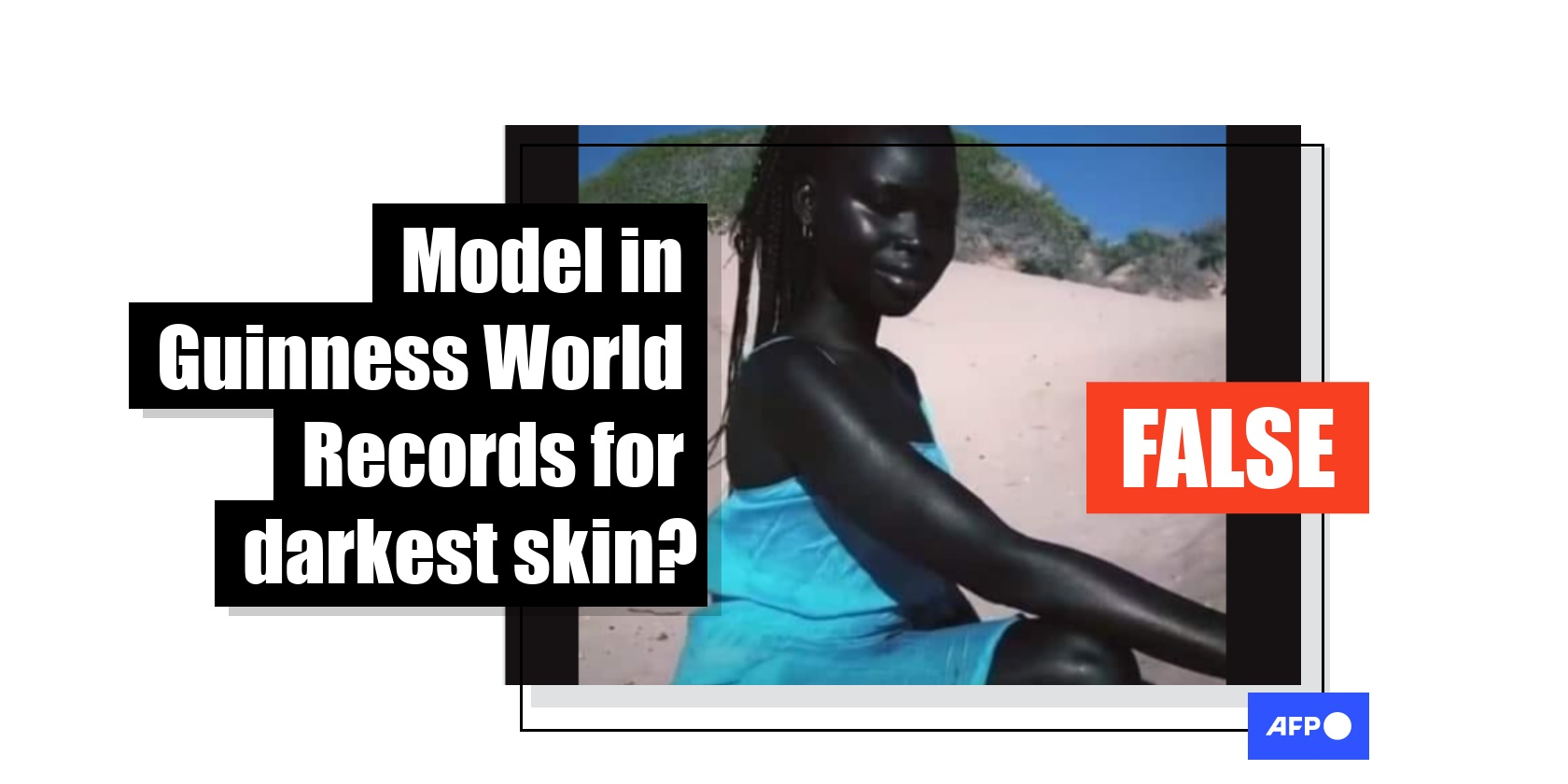 An image of a dark-skinned woman has been circulating on social networks with claims that she is a model named Nyakim Gatwech who is in the Guinness World Records for having the darkest complexion. The same claim went viral in francophone African countries in November 2021. But the claim is false: a spokesman for the Guinness World Records denied the existence of such a record. Furthermore, the photograph does not show Nyakim Gatwech but another model.

The image, archived here, has been shared more than 100 times on Facebook since it was published in English on November 27, 2021.

“A native of Gambella in Ethiopia, South Sudanese-born Nyakim Gatwech (27) has finally entered the Guinness Book Of Records for having the darkest complexion on the globe. Gatwech is known for her naturally dark skin color and has been nicknamed the ‘Queen of Darkness’ (sic),” the post’s caption reads. 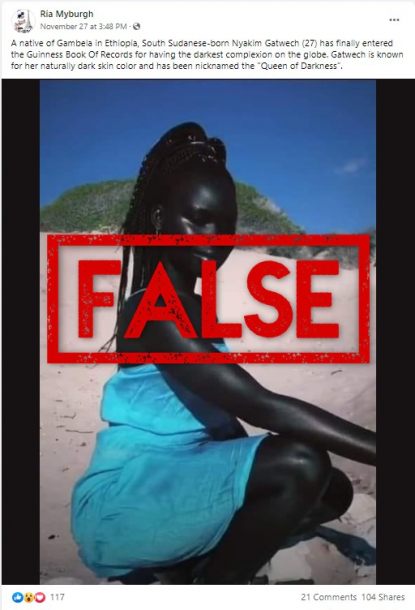 Contacted by AFP Fact Check on December 6, 2021, Guinness World Records’ press service denied having a record based on skin colour.

“Please inform them that this story is untrue and that we do not monitor this record or any records based on skin tone,” the press office told AFP Fact Check.

The rumour that Gatwech held this record previously circulated in 2020, and Guinness World Records already refuted the claim in a tweet sent on May 4, 2020.

Hi, this is not true as skin tone is not something we monitor.

“It is not true, it is a rumour. The Guinness Book of World Records does not track skin tones,” he told AFP Fact Check on December 7, 2021.

Photograph of a different woman

Furthermore, the woman in the photo is not Gatwech.

“That is NOT Nyakim Gatwech in the photo,” Davis said.

AFP Fact Check ran a reverse image search using Yandex and found the same image published in an Instagram account of another model, Florence Baitio, whose account is based in Perth, Australia.

A search through her account, which has 195,000 followers, led to a video where the model is wearing a light blue dress sitting on a sandy beach. The video was published on October 26, 2020.

The images shared in the false Facebook posts were taken during the same photo shoot.

Baitio is also recognisable on her Facebook page, where an image published on June 11, 2021, shows her with the same dress, the same posture as well as the sandy beach in the background. Screenshot of the image found on Baitio’s Facebook page, taken on December 9, 2021

AFP Fact Check attempted to reach Baitio and her agent and will update this fact-check accordingly.

Gatwech is a 24-year-old model who grew up in South Sudan and currently lives in the United States. Her fans nicknamed her “Queen of the Dark”.

According to a 2017 interview in Teen Vogue, Gatwech shared a viral Instagram story chronicling an experience where an Uber driver asked if she would bleach her skin for $10,000. Gatwech laughed and said she would never do such a thing.

“I consider my skin to be a blessing,” she told Teen Vogue.

The same year, she gave an interview to the French website Kombini, in which she discussed her South Sudanese origins. Gatwech was born in Gambella, Ethiopia but grew up in neighbouring South Sudan. Her family comes from a village in Sudan called Mawut.

Gatwech said she has experienced many inappropriate and racist remarks due to her skin tone. Screenshot of a an image posted on Gatwech’s official Instagram page, taken on December 9, 2021

Gatwech has appeared in multiple photoshoots for magazines and has modelled for fashion designers on catwalks across the globe.

Baitio, on the other hand, has Ugandan origins and currently lives in Australia. She told Galore, an American online publication, that she moved to Australia when she was seven after growing up in refugee camps in Uganda.

Baitio has discussed struggles she’s faced since living in Australia, including eating disorders and racism. 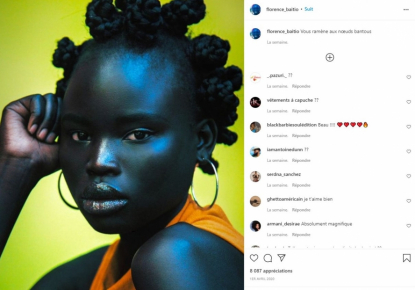 Screenshot of a photograph of Baitio on her Instagram page, taken on December 9, 2021