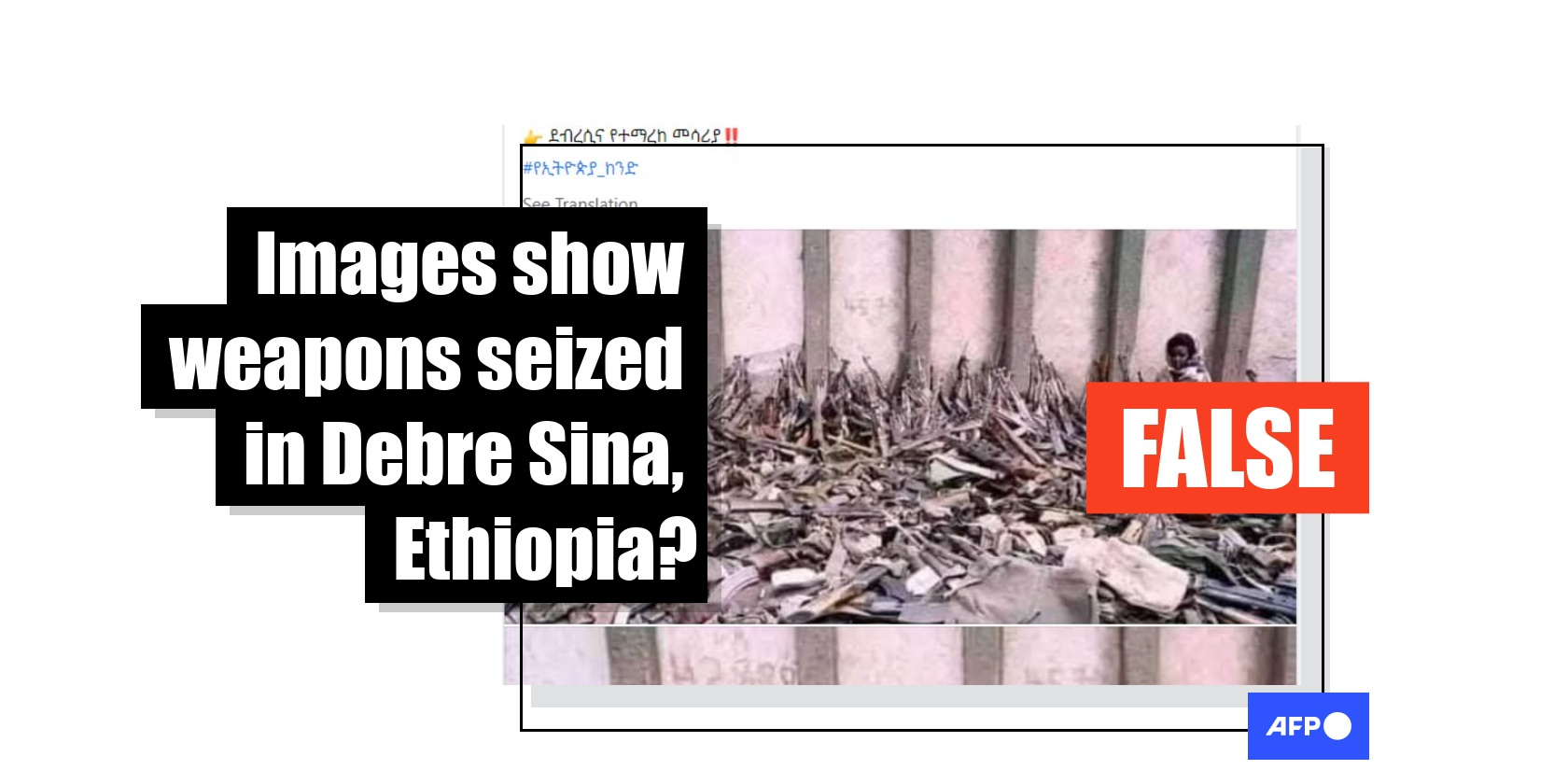 Photos show weapons stockpiled after Ethiopian Civil War in 1991, not a recent seizure in Debre Sina

Images of a weapons stockpile have been shared on Facebook in Ethiopia alongside a claim that the arms cache was recently seized in Debre Sina, Ethiopia. But the claim is false: these are old photos of a rebel from the former Ethiopian People’s Revolutionary Democratic Front (EPRDF) sitting next to a pile of weapons in Addis Ababa in 1991 following the Ethiopian Civil War that ended in the same year.

The images were posted on Facebook on December 4, 2021, and have since been shared 130 times. 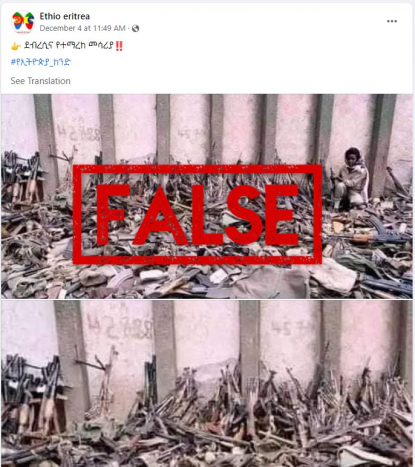 
Written in Amharic, the post’s caption reads: “The weapons seized at Debre Sina. Ethiopia’s might.” The distance between Debre Sina and Addis Ababa is 182 kilometres (118 miles).

The Ethiopian conflict broke out in November 2020 when Prime Minister Abiy Ahmed sent troops into Tigray, accusing the regional Tigray People’s Liberation Front (TPLF) of attacking federal army camps, which the rebels denied. In the summer of 2021, TPLF fighters launched a counter-offensive and took hold of key cities in an advance towards Ethiopia’s capital.

In late November 2021, Abiy joined troops on the battlefield. Since then, the government has claimed to have recaptured some of the lost territories.

But the images on Facebook do not show weapons seized during the current conflict.

A reverse image search conducted by AFP Fact Check found that the two photos shared in the post are the same. They show an EPRDF rebel sitting among weapons confiscated from Ethiopian army soldiers and stockpiled at a racetrack in Addis Ababa on May 29, 1991.

The image was published in the online Getty Images photo archives and is credited to AFP photographer Alexander Joe. 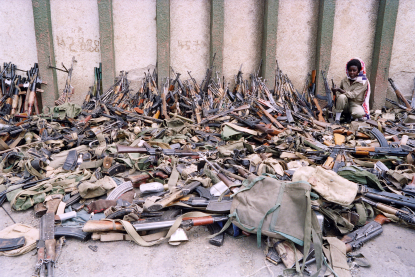 History of conflict in Ethiopia

In 1974, long-serving Ethiopian leader Emperor Haile Selassie was overthrown by a military junta known as the Derg (Amharic for “committee”). The Derg was then overthrown in 1991.

In the early 1990s, several armed groups in Ethiopia, including the TPLF, had united to form the dominant EPRDF coalition. On May 28, 1991, the EPRDF seized control of Addis Ababa and TPLF chief Meles Zenawi became the leader of the coalition.

EPRDF officially took charge of the country on May 29, 1991. This is the date that the image in the false Facebook post was taken.

Abiy dissolved the EPRDF — replacing it with a single political party which the TPLF refused to join. The group retreated to the Tigray region.