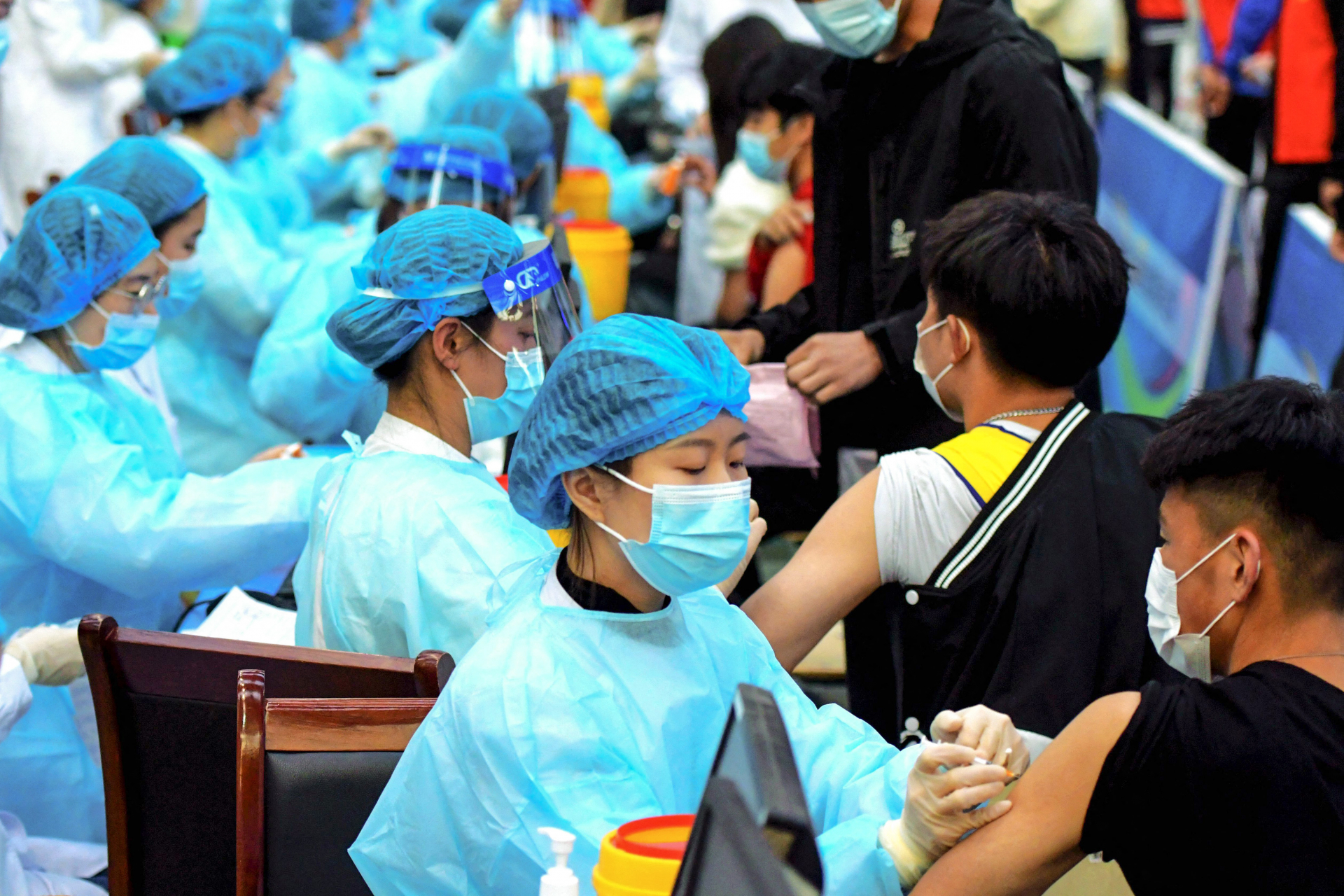 A video has been viewed thousands of times in multiple social media posts in November 2021 that suggest it may show a girl in China receiving first aid after a Covid-19 vaccine caused her to collapse. But the footage predates the pandemic. It has circulated since at least 2018 in reports about a girl who received first aid after fainting in the eastern Chinese city of Qingdao.

"A little girl in China suddenly fell to the ground and a warm-hearted person gave her first aid. Is it another phenomenon caused by Covid-19 vaccination?" reads the simplified Chinese-language tweet.

Text overlaid on the video reads: "Near Jiaonan Gymnasium, a girl suddenly fell to the ground".

Jiaonan Gymnasium is located in the eastern Chinese city of Qingdao. 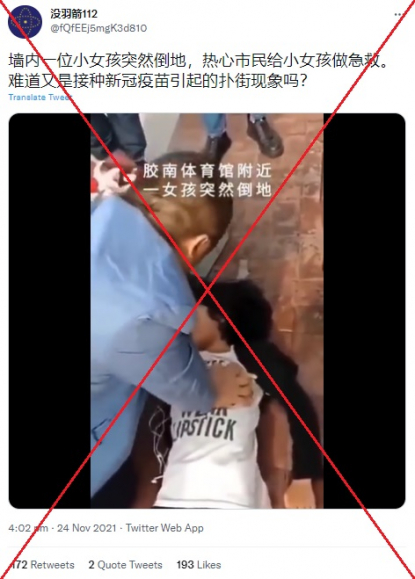 Screenshot of a tweet sharing the false claim, taken on November 26, 2021

The video circulated online alongside similar captions on Twitter in November 2021 -- here, here and here.

The video, however, predates the coronavirus pandemic.

A reverse image search and keyword search found a longer version of the video published by Chinese state news site Knews on May 14, 2018 .

"A girl suddenly fainted and stopped breathing. A kind-hearted person saved her life but netizens have questioned the first-aid procedure," the report reads.

Below is a screenshot comparison of the video in the misleading posts (L) and Knews' video from 2018 (R):

The first Covid-19 cases were detected in China in December 2019 -- more than one year after Knews published the video.

China started the first phase of a clinical trial for a vaccine against the disease in March 2020.

Knews also published a report on the incident on May 14, 2018, which included various screenshots from the video.

"At around 8:10 am on May 13, near the Jiaonan Gymnasium in Qingdao, an 11-year-old girl suddenly fainted at the side of the road. She stopped breathing and was in a critical condition," Knews reported.

"Chen Ruiping, a "Shanhaiqing" Emergency Rescue Team member of the Zhuhai Sub-district Office Red Cross happened to be passing by. Hearing the girl's mother crying for help, he rushed to help."

"The rescue video was widely shared on the internet. While many praised Chen Ruiping for his efforts, some netizens questioned him for continuing to do CPR even after the girl took a breath."

According to the report, the girl recovered her breath after Chen performed two rounds of CPR, and was sent to hospital. A representative for "Shanhaiqing" Emergency Rescue Team also went to the hospital and confirmed the girl was well, the report states.

The same incident was also reported by Chinese state-run news agency Xinhua on May 15, 2018.