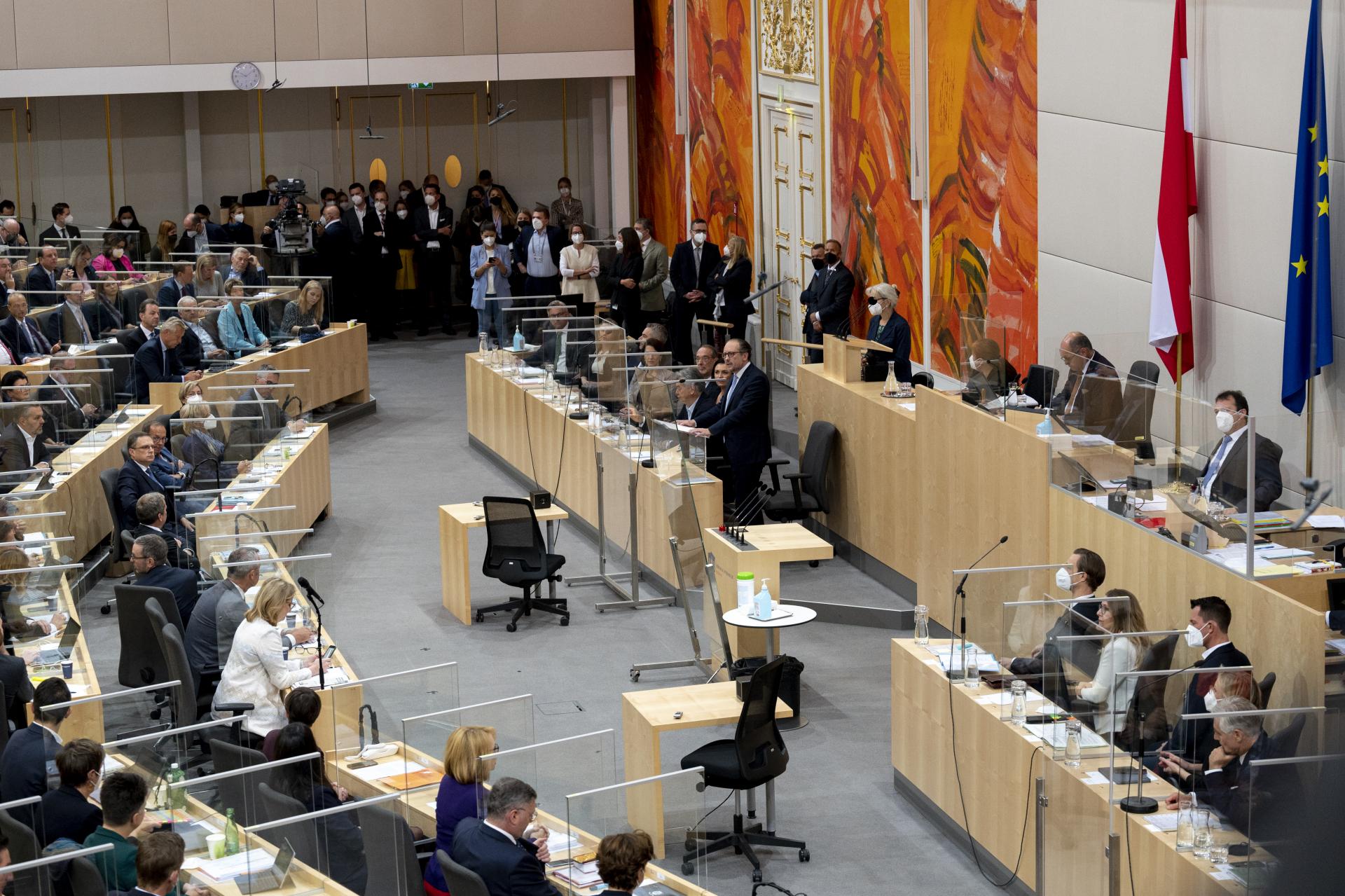 Social media posts in South Korea claim that an Austrian MP died during a speech after receiving a vaccine. The claim is false; while Eva-Maria Holzleitner collapsed in the middle of parliamentary session in October, she later recovered. A spokesperson for her party told AFP she collapsed due to lack of fluid, not because of a vaccine.

"[By collapsing] hasn't she clearly shown on the parliamentary stage to the Austrian people that 'if you get a vaccination you will die like this'?"

The claim was shared alongside a video clip that shows Austrian MP Eva-Maria Holzleitner collapsing in the middle of a parliamentary session. 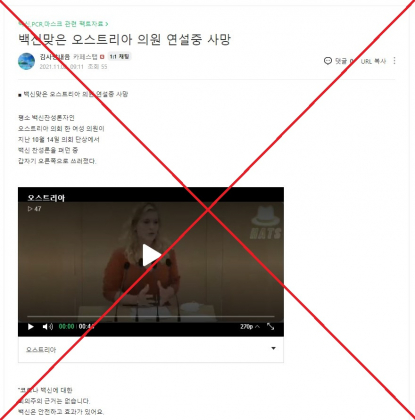 Screenshot of the misleading Naver Cafe post, taken on November 15, 2021.

The identical claim has been shared on Facebook here, here and here and on South Korean blogging platform Naver Blog here.

Holzleitner genuinely collapsed while addressing parliament in Vienna on October 12, but regained consciousness and recovered, according to media reports.

The scene of her collapse is available on Austria Parliament's website here, as seen at 02:57:12 mark.

On the same day, the Austrian Parliament tweeted: "A medical emergency has occurred during the ongoing #OeNR [Austrian parliament] meeting. The session is interrupted."

It later tweeted that the meeting had resumed and that the "deputy in question can attend the #OeNR meeting again".

Holzleitner tweeted on October 13: "I am doing well again, thank you very much for all the recovery wishes! I would also like to thank all my dear colleagues who rushed to my side during the session and helped me, as well as the great staff who took care of me!"

A spokeswoman for Holzleitner's party SPÖ said her collapse was not related to a vaccine.

"The cause of the circulatory collapse was too little fluid," Ruth Manninger told AFP on November 11. She said Holzleitner was in "very good" condition.

Holzleitner has publicly expressed her support for Covid-19 vaccination.