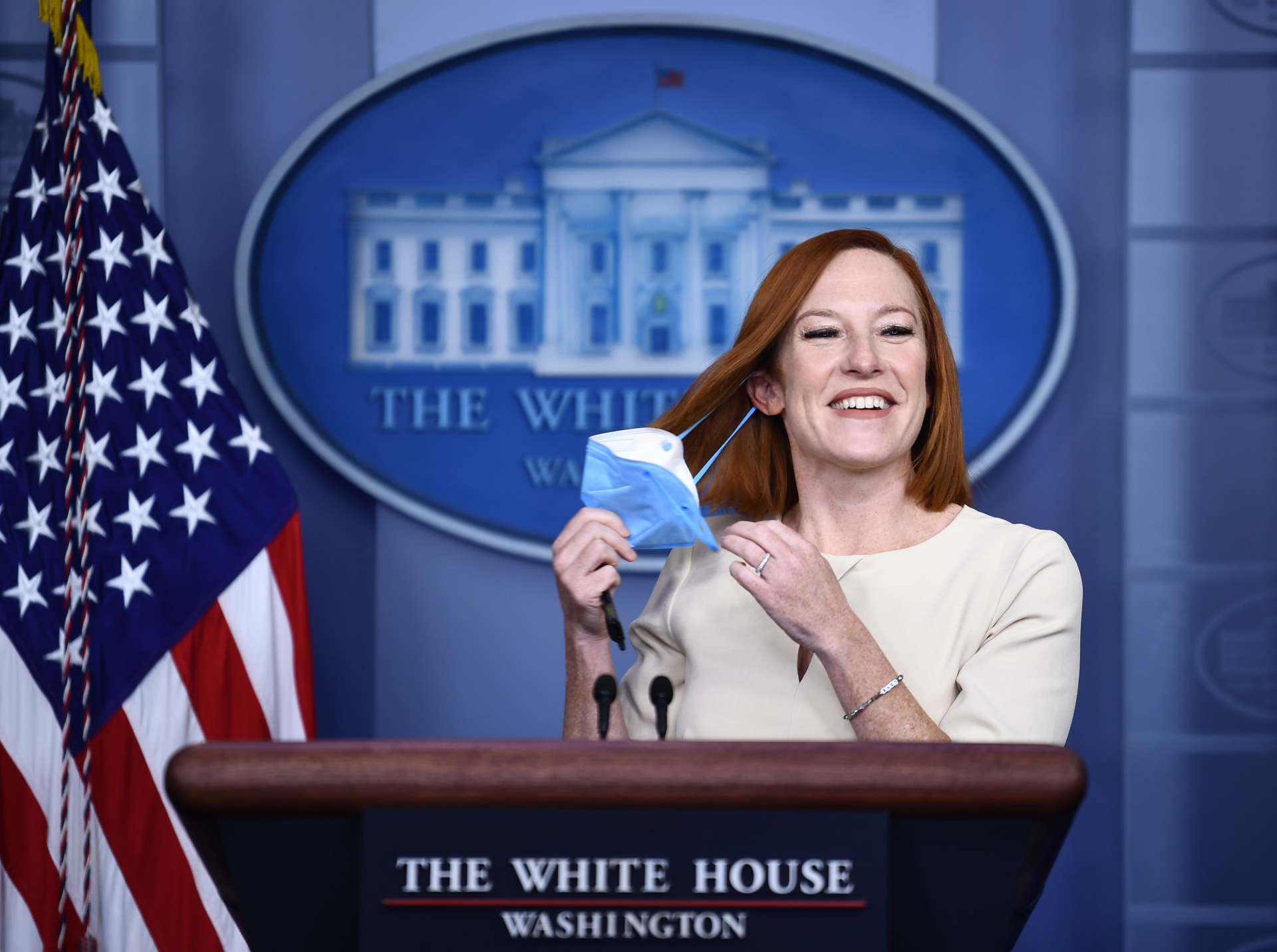 A Christian blog about parenting values shared a post on its official social media pages attributing a quote to White House Press Secretary Jen Psaki. Fast-food chain Taco Bell's value menu "is just as tasty and a lot more affordable" than a traditional Thanksgiving dinner, Psaki reportedly said to journalists. But the quote is made-up and its origin can be traced to a satirical website.

A tweet by an online Christian community called "The Real Deal of Parenting" included the alleged Psaki quote: "Inflation is hurting all of (us) this year (...) The value menu at Taco Bell is just as tasty and a lot more affordable."

"The White House tells families to consider Taco Bell this Thanksgiving. There you have it, Folks," the post concludes in a screenshot of what appears to be another tweet that is no longer available. 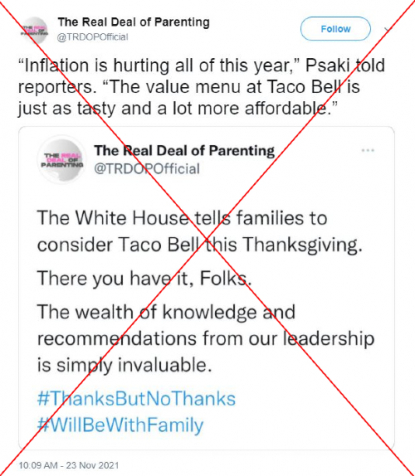 The blog later posted and then removed the same claim on its Facebook page, here.

The claim circulated as inflation surges, with the price for a traditional Thanksgiving feast estimated by the American Farm Bureau Federation to have risen 14 percent from 2020.

The US economy has been rebounding strongly from the Covid-19 pandemic but supply chain disruption and prices are stirring anxiety among the public as the holiday season kicks off with Thanksgiving on November 25. President Joe Biden has also tried to reassure Americans about soaring gas prices in the country, announcing plans to release 50 million barrels of oil from the US strategic stockpile to try and curtail a rally in the price of crude.

The fast-food chain quote, however, is false.

A Google search for the quote leads to a satirical website called "Beep Satire."

The website shared a screenshot of the exact same quote, attributed to Psaki as a joke, and clearly labelled as satire, on November 22, 2021 in an Instagram post. 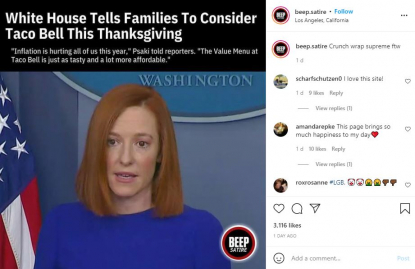 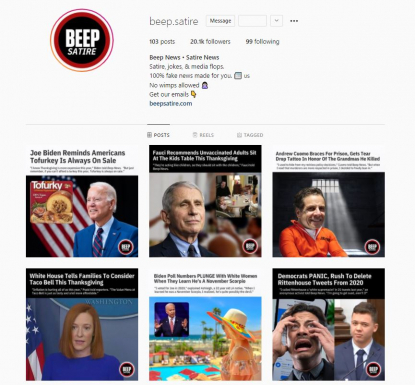 There are no matching entries for the quote in the official transcripts of the White House briefings.

AFP contacted "The Real Deal of Parenting" about the claim but did not receive a response by the time of publication.

Psaki is a frequent target of satire and false claims, including one debunked by AFP here.