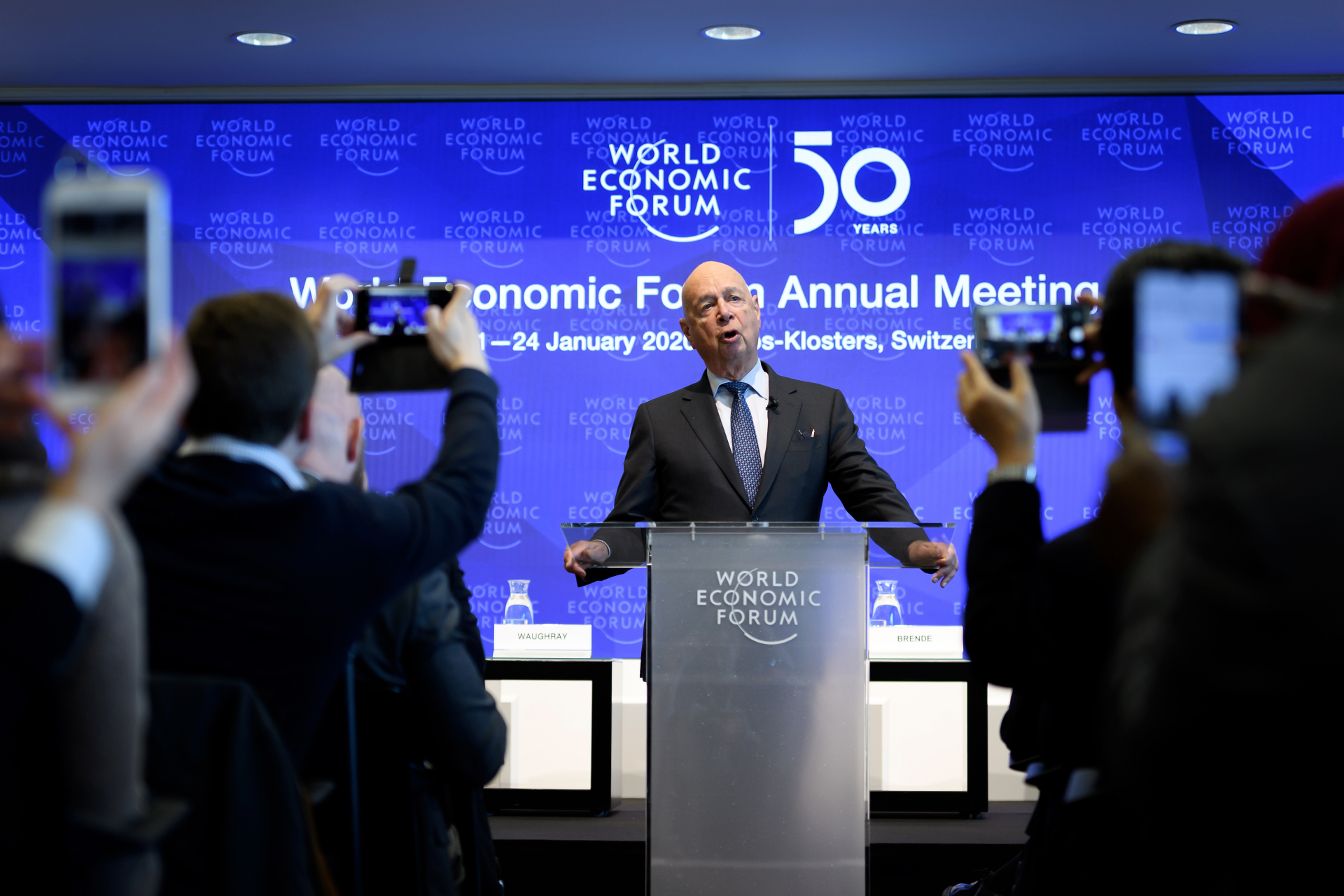 Founder and Executive Chairman of the World Economic Forum (WEF) Klaus Schwab addresses a press conference ahead of the WEF's annual meeting in Cologny, near Geneva on January 14, 2020 ( AFP / Fabrice Coffrini)

Online articles and social media posts say Klaus Schwab, founder and executive chairman of the World Economic Forum (WEF), has been arrested. The claim is false, confirmed Swiss police, Europol and WEF; Schwab was not detained and in fact spoke at an event in Dubai on the day cited in the erroneous posts.

"Klaus Schwab, founder of the World Economic Forum (WEF), has been arrested at his home in Cologny, Switzerland, Friday and charged for multiple counts of fraud," says an article shared on November 12, 2021 on the website Conservative Beaver, which AFP has previously fact-checked here, here and here.

The article claims the arrest was made at the request of the European Police Office (Europol), describing Schwab as one of the "engineers" of the Covid-19 pandemic. 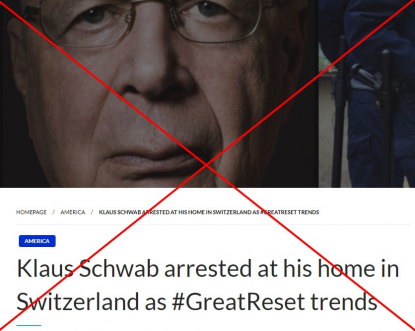 Screenshot of an online article taken on November 17, 2021

Other online articles made the same claim here, here and here and the allegations spread on Facebook as screenshots and on Twitter.

Schwab founded the WEF in 1971. It hosts forums for the world's economic, political and business leaders, most notably a large annual gathering at Davos, a town in the Swiss Alps.

Schwab is also co-author of "The Great Reset" a book named after a World Economic Forum initiative to revive the global economy after the Covid-19 pandemic. The Forum is frequently cited in claims made by pandemic deniers, and thus Schwab has been tied to several Covid-19 related conspiracy theories.

"We confirm that Klaus Schwab was not arrested by the Swiss police," spokeswoman of the Swiss federal police Melanie Lourenco told AFP on November 17.

Jean-Philippe Brandt, spokesman for the Geneva canton police, also told AFP on November 17 that "this is fake news."

Claire Georges, a spokeswoman at Europol  -- the European Union's (EU) law enforcement agency -- said "this information is not correct."

"Europol has never asked for this individual to be arrested, nor could we ever do such a thing as this falls outside of our mandate which is to support the EU Member States in their investigations," she said on November 16.

Europol, is a support service for law enforcement agencies of the EU states. It has no executive powers.

"This means that Europol officials are not entitled to arrest suspects or act without the approval of national authorities," a statement on the Europol website explains.

The WEF also stated that "this is false information."

"Nothing in this story is based on facts and linked to any (credible) source," replied Yann Zopf, head of WEF's media department.

On November 12, 2021, the day Schwab was purportedly arrested, he was not in Switzerland. Schwab was visiting the United Arab Emirates and spoke at a closing panel discussion in Dubai that was streamed live on WEF's website.