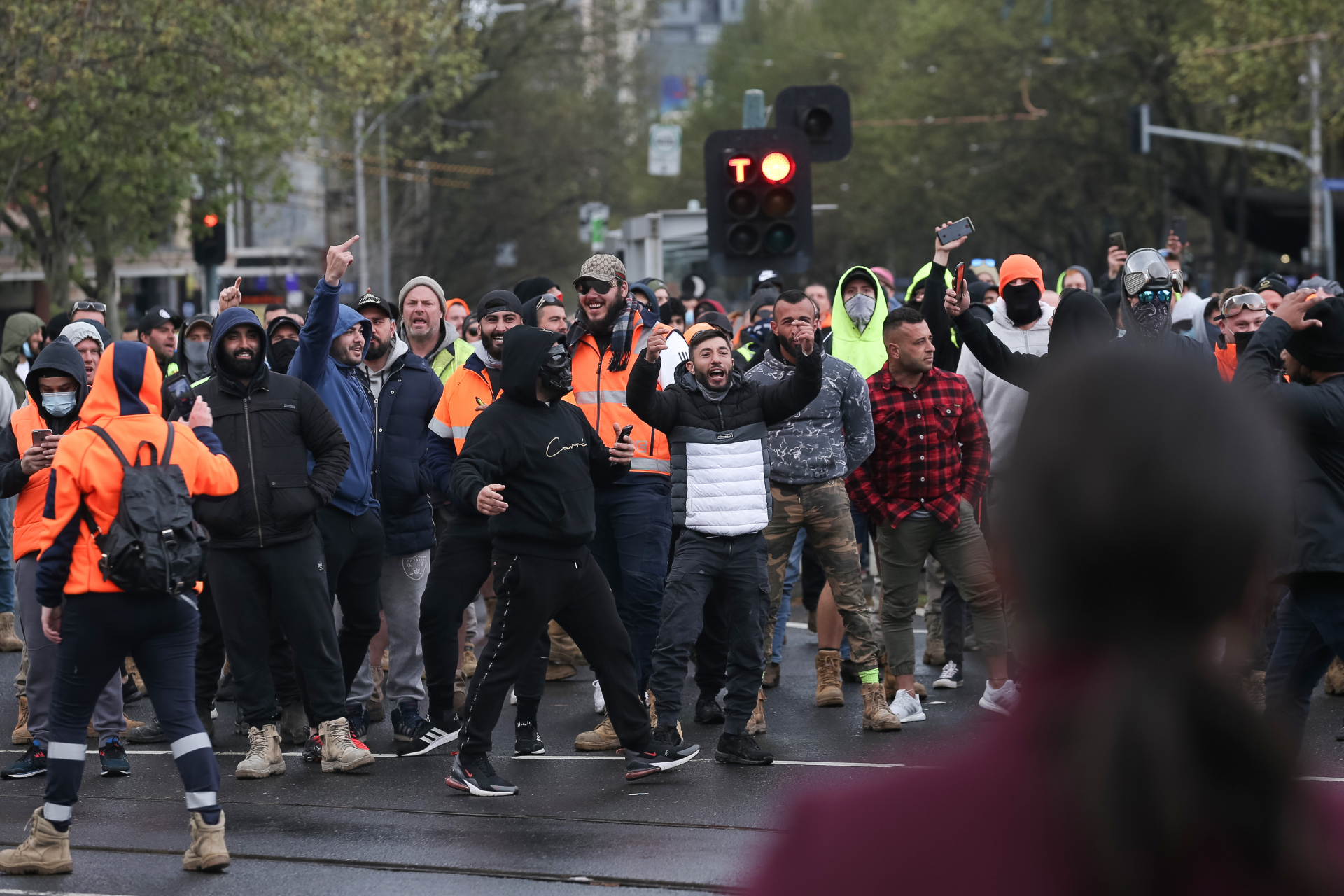 Construction workers and demonstrators gesture during a protest against Covid-19 regulations in Melbourne on September 21, 2021. ( AFP / CON CHRONIS)

A photo of a man with a bloodied face is circulating in Facebook posts that claim it shows a man called Kyle Mitchell who "died after being hit by rubber bullets" at an anti-lockdown protest in Melbourne, Australia. The claim is false; police said they recorded no such death, while Mitchell told AFP the footage showed him injured after a fight with a store clerk.

"Yes! There are reports that this Melbourne man has died after being shot with DAMNdrews ordered rubber bullets, from COVERT19 COPS aiming for head shots. REPORT THIS CRIME!"

'DAMNdrews' appears to be a reference to Victoria state premier Dan Andrews.

The photo shows a man whose face and clothes are covered in blood. 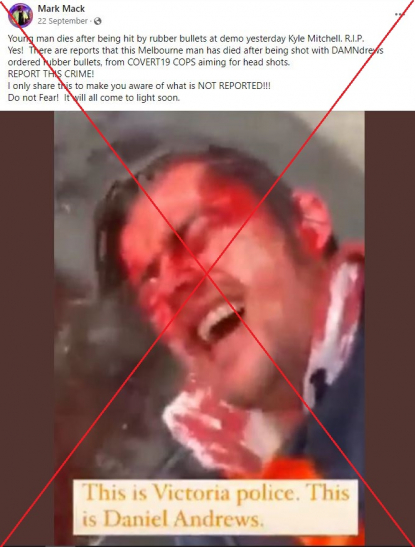 A video showing the same image also circulated online, in which the man can be heard saying "Kyle Mitchell".

'Police did not do this'

Mitchell said in a Facebook post on September 22 that he was "alive and well", after receiving multiple stitches on his head and leg.

In a separate post later that day, he added, "POLICE DID NOT DO THIS TO ME, IT WAS A SEPARATE ALTERCATION WITH A STORE OWNER".

In the comments section of the post, Mitchell posted a video of himself describing the incident.

Contacted by AFP, Mitchell said he sustained his injuries in a fight with a store clerk after attempting to buy alcohol.

"I was drunk, I attempted to purchase a four-pack of bourbon cans and in my intoxicated state, didn't notice the transaction didn't go through. This caused a fight between me and store clerk and from there, he assaulted me and caused me to be hospitalized," he said.

"I actually have no real memory of the incident either. The only things I know are what I've seen on court papers".

Local police denied rumours that a man died after being hit by a rubber bullet at the Melbourne protest.

Victoria police "had not recorded any such event", a spokesperson told AFP.

Victoria police chief commissioner Shane Patton told a press conference on September 21 that a reporter and three police officers were injured during the protest, but no members of the public.