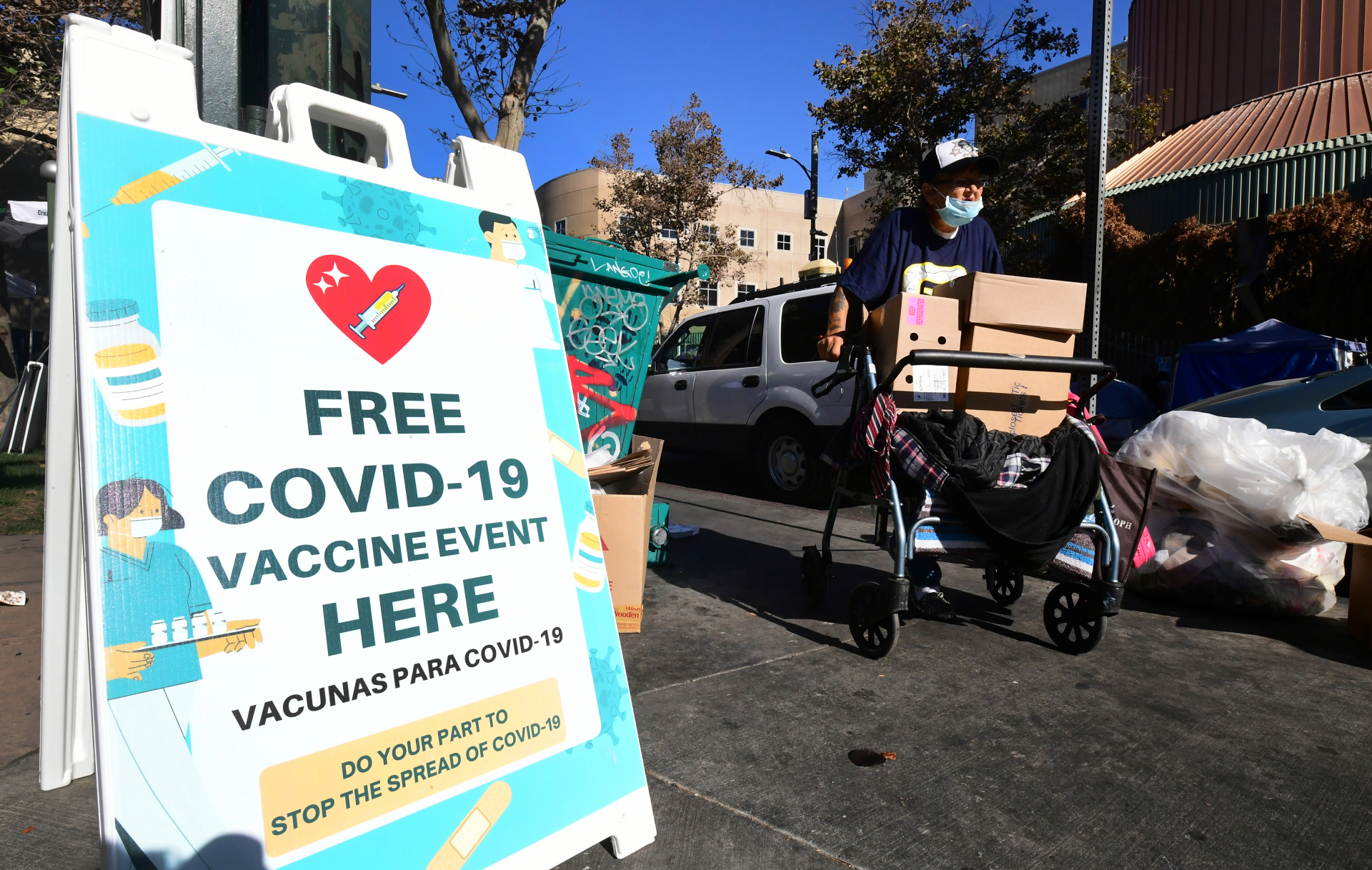 A chiropractor claims in an online video that Covid-19 shots can undermine the immune system, citing test results from a patient. But experts in immunology and infectious diseases say the results do not prove the chiropractor's claims, and an epidemiologist says the vaccines are safe even for people who are already experiencing problems with their immune systems.

"My jaw dropped when I saw this immune system test" after the second dose of the vaccine, says text accompanying the video in a September 24, 2021 Facebook post, adding that "anyone who knows how to read an expanded immune panel will tell you the same thing."

The clip -- which also appeared on a website that hosts "banned videos," and was removed from YouTube for violating community standards -- is part of a series of inaccurate claims by medical personnel about Covid-19 and the shots that have spread online.

The speaker in the video introduces himself as Dr Thompson from Exemplify Health Center in Yorkville, Illinois -- information matching the profile of this chiropractor on the center's website.

Thompson -- who did not respond to a request for comment by the time of publication -- says one of his patient's blood test results before the Covid-19 vaccine, after the first shot and again after the second showed the patient's adaptive immune system "absolutely tanked" and that vaccination was responsible.

"I would look at this lab and in two seconds, I would say, 'This person has autoimmunity,'" he says of the results following the second shot, referring to a condition in which the immune system mistakenly attacks the body's own tissue or organs.

"You look at this, how on earth can they ever say that it is working?" Thompson says of vaccination.

But medical experts say the test results Thompson highlighted are not evidence that the shots are dangerous.

"If you take blood from anyone at any three different points in time, you'll get three different results in terms of blood cell numbers that are well within the variation seen here," Leonardo Ferreira, a molecular immunologist and assistant professor at the Medical University of South Carolina, told AFP.

The changes highlighted by Thompson are "irrelevant," Ferreira said, and the numbers, presented as abnormal by the chiropractor "are really not at all impressive."

Maile Young Karris, infectious diseases physician and associate professor of medicine at the University of California San Diego, said that Thompson did not provide sufficient data to support a diagnosis of autoimmunity or cytotoxicity, when a toxic substance attacks cells.

Instead, she said that a diagnosis is often based on the presentation of symptoms consistent with an autoimmune condition, such as unusual rashes, diarrhea, fever or weight loss, combined with ruling out other possible causes, and "associated laboratory tests which could include biopsies and often include known autoimmune antibodies."

Asked if Covid-19 vaccines could cause autoimmunity, Karris noted that Johnson & Johnson's vaccine has been linked to Guillain-Barré syndrome, a rare autoimmune disorder, while other vaccines have not.

There have been about 228 preliminary reports of the Guillain-Barré syndrome among people who received the Johnson & Johnson shot out of more than 15 million doses administered, according to the US Centers for Disease Control and Prevention.

Meena Bewtra, a Penn Medicine epidemiologist, said that the shots are safe and recommended even if a person already has an autoimmune disorder.

"We absolutely recommend these populations obtain this vaccine -- we would not make such a strong recommendation if the vaccine increased their risk of harm from infections," she added.

The US Centers for Disease Control and Prevention says on its website that "people with autoimmune conditions were enrolled in Covid-19 vaccine clinical trials. Safety and efficacy of vaccines in this population were similar to the general population."

"People with autoimmune conditions may receive any currently FDA-approved or FDA-authorized Covid-19 vaccine," it adds, referring to the US Food and Drug Administration.

Since the start of the pandemic, AFP Fact Check has debunked more than 1,100 false or misleading claims about the virus and the vaccines.