A video circulating on social media appears to show New Zealand Prime Minister Jacinda Ardern smoking crack cocaine. However, the video is fake and was posted on a YouTube channel that uses artificial intelligence to make deepfakes of Kiwi politicians and celebrities.

The footage was uploaded to Facebook here and has been viewed more than 4,500 times.

The top video shows Ardern discussing investment in issues such as homelessness and mental health at an event in 2019 hosted by the Bill and Melinda Gates Foundation.

The bottom video appears to show her smoking, with text superimposed on the clip reading "Crack pipe?" and "Such a role model". 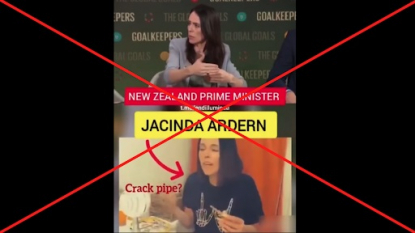 Screenshot of the doctored video shared on Facebook, taken on October 7, 2021

However, the video is a hoax.

The clip purportedly showing Ardern smoking a crack pipe was created by a YouTube channel called Genuine Fake, which makes deepfake videos based on New Zealand politicians and celebrities.

The original deepfake was posted here on October 9, 2020 in a video titled, "Jacinda Ardern Smokes Cannabis". A note reading "Genuine Fake" is visible in the corner of the video. Screenshot of the original deepfake, taken on October 7, 2021

A deepfake is a manipulated video in which a person's facial features are typically pasted onto someone else's body. Deepfakes of former US president Barack Obama and actor Tom Cruise have gone viral.

The original video --  into which Ardern's face has been digitally inserted -- shows YouTuber Kush Evilia. 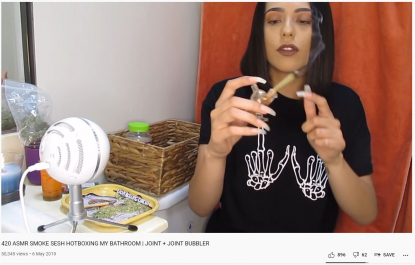 Visual features in the original video match those in the deepfake featuring Ardern's face, including the woman's black t-shirt, a white microphone and an orange towel in the background.

See a keyframe comparison of the deep fake (left) and the original video (right). 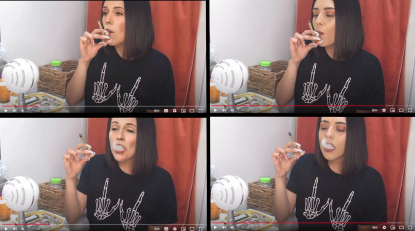 An image comparison showing the deepfake video (L) and the original video (R).

Ardern has previously been targeted by misinformation, including manipulated images.