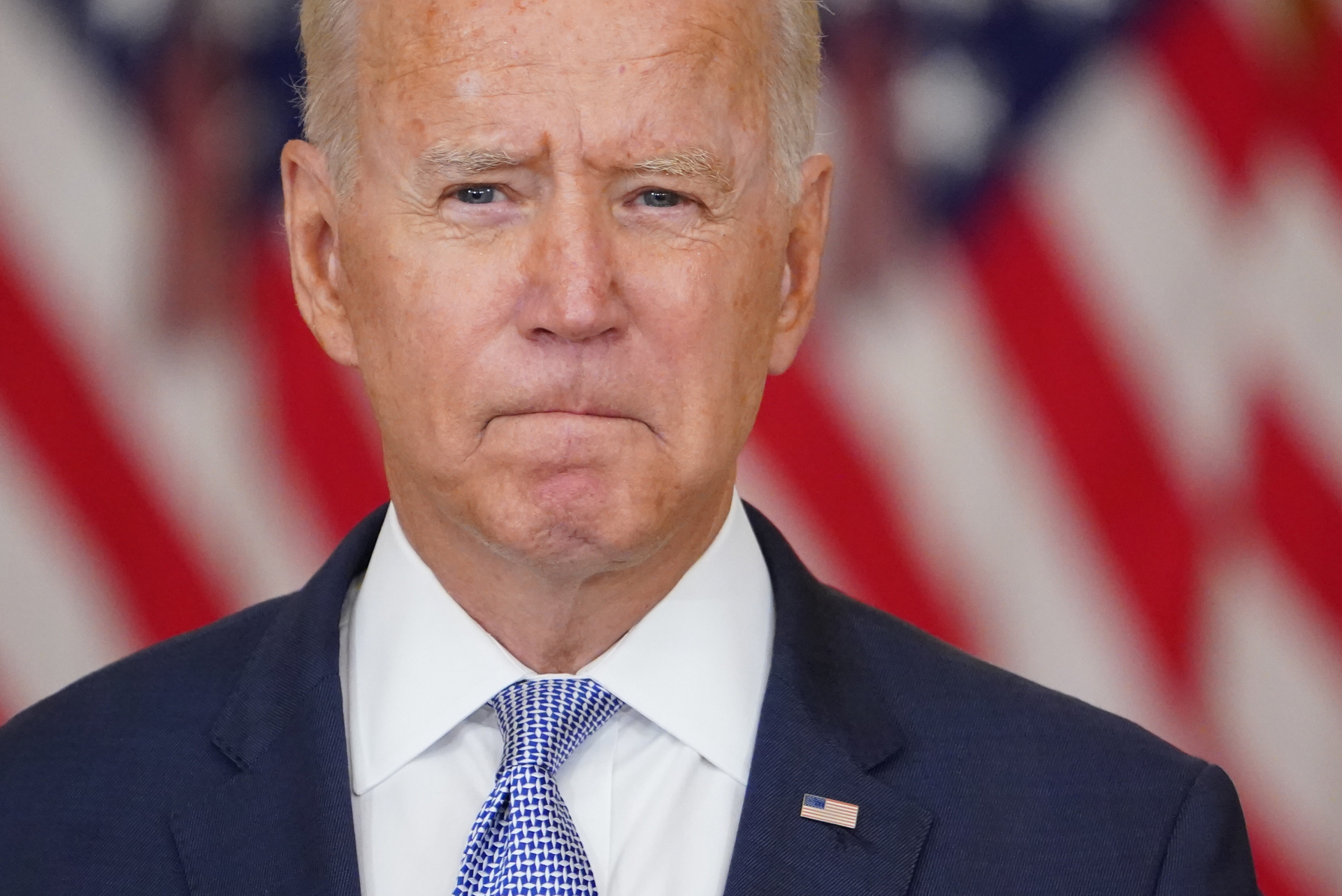 US President Joe Biden speaks about his Build Back Better agenda at the White House in Washington, DC, on August 12, 2021 ( AFP / Mandel Ngan)

'Hidden' road tax in US bill is voluntary pilot program

Social media posts claim US President Joe Biden's "Build Back Better" plan would increase taxes via an estimated eight cent per mile levy on road users. This is misleading; while the infrastructure bill being considered by Congress mentions such a measure, it is a voluntary pilot program to test its feasibility and does not set a specific per-mile fee.

"BIDEN'S BUILD BACK BETTER PLAN SHOWS HIDDEN COSTS," says an image of a news banner in a September 28, 2021 Facebook post.

The image -- which appears to show a graphic from conservative television channel Newsmax -- says the per-mile fee is estimated at eight cents, and describes it as being part of the "BIDEN TAX INCREASES." 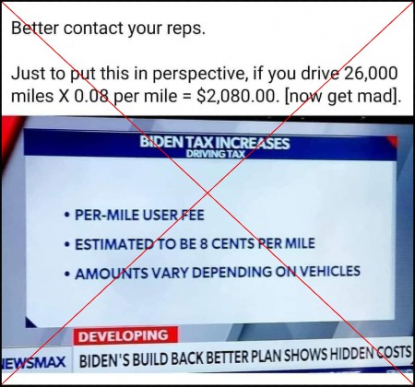 "Build Back Better" is the cornerstone of Biden's domestic agenda, and the name has been used in reference to a proposed $3.5 trillion social spending package. Also under consideration by Congress is a $1.2 trillion infrastructure bill that the progressive wing of the Democratic party has been reluctant to back without a commitment from centrists on the pricier spending package.

This version of the $3.5 trillion package -- for which various proposals are circulating -- does not mention a per-mile tax. The text of the infrastructure bill does do so, but only in the context of establishing a pilot program to determine if such a system would work.

The tax claim circulating online "is not accurate. There is not a VMT (vehicle miles traveled) tax in the bill," a US Department of Transportation spokesperson told AFP, adding that "there is a pilot program just like there have been in previous reauthorization bills."

The pilot program would allocate funds to experiment with a per-mile fee on a voluntary basis, according to the text of the bill.

It does not set a specific cost, referring instead to an amount which "may vary between vehicle types and weight classes to reflect estimated impacts on infrastructure, safety, congestion, the environment, or other related social impacts."

One of the reasons cited in the bill for carrying out the pilot program is "to restore and maintain the long-term solvency of the Highway Trust Fund."

The fund pays for federal highway spending through taxes on gasoline sales and heavy trucks. Improving fuel economy and limited growth in miles traveled are factors that have negatively affected the fund's revenues.

Per-mile tax pilot programs have been financed by the federal government in the past in order to find out how to address this problem, said Richard Auxier, an expert at the Tax Policy Center think tank.

Such pilot programs were part of a $15 million allocation in 2017 under the Trump administration to explore "new ways to pay for highways."

"The reason we are doing pilot programs, and this is all this is, a pilot program, (is) to examine the idea of the administrative burden that such a tax would create," Auxier said, because a per-mile tax involves some sort of tracking or vehicles that gas taxes do not.

Oregon is one of the states that received funding in 2017 for a road usage fee pilot program. According to Michelle Godfrey, a spokeswoman for the state's Department of Transportation, the program has been ongoing since 2015 and "there is no end date for it."

Like the pilot in the infrastructure plan, it runs on a voluntary basis. It charges a flat fee of 1.8 cents per mile, and participants with gas or hybrid cars get a credit on the gas tax to cover the fee, while electric car owners get a rebate on their car registration costs.