A video has been viewed tens of thousands of times on social media platforms alongside a claim that it shows a Taliban member who shot himself in the head as he was trying out a US rifle. The claim is false: the video has circulated since at least 2019 in reports about a man who accidentally shot himself during wedding celebratory gunfire in Pakistan.

The video -- which shows a man shooting himself while trying to cock a jammed rifle -- was posted here on Twitter on August 25, 2021. 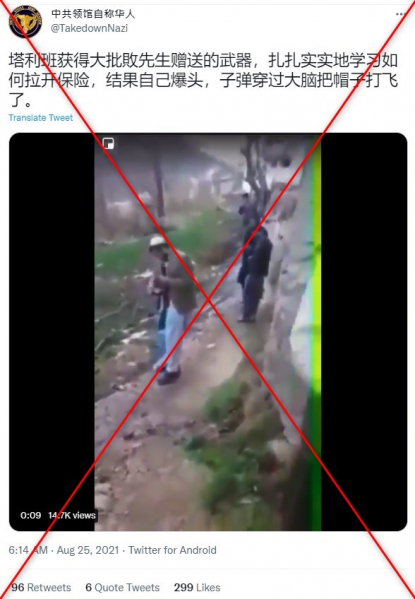 "The Taliban received a large number of weapons from Mr Biden and they are learning how to open the lock, but end up shooting himself in the head. The bullet went through his brain and blew off his hat," reads the post's caption in simplified Chinese characters.

The post circulated as the US military was completing its withdrawal from Afghanistan in late August 2021, following a 20-year war.

The video has been watched more than 149,000 times after it was shared alongside a similar claim in English on Twitter here and on Facebook here.

A reverse image search on Google found that screenshots of the video were published here in a report by Mexican news site La Neta Noticias on February 6, 2019.

The video was credited to LiveLeak, a British website that is well-known for violent content and has been shut down since May 2021.

The Spanish-language headline reads: "Man filmed carrying an AK47, he blows up his head by accident".

Below is a screenshot of La Neta Noticias' news report: 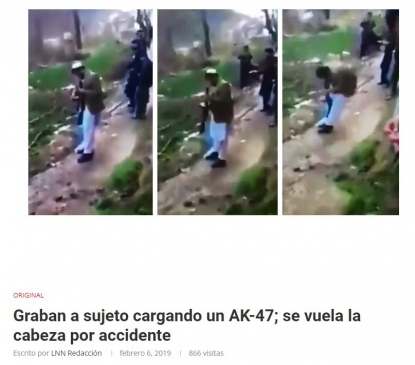 Below is a screenshot comparison of the video in the misleading posts (L) and the photos in La Neta Noticias' report (R): 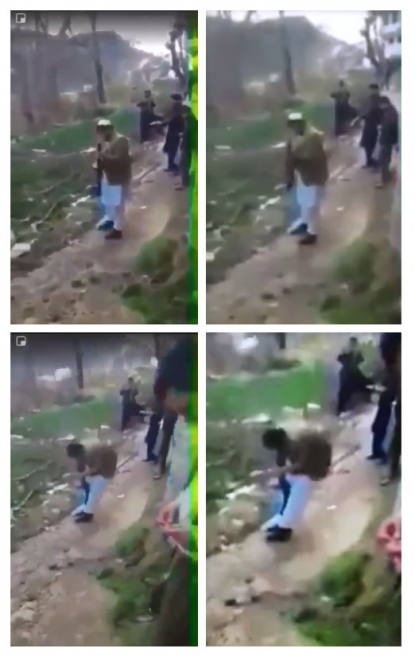 The incident was also reported by a Pakistani newspaper, The Express Tribune, on January 28, 2019.

The first two paragraphs of the report read: "A man in Abbottabad died after he mistakenly shot himself in the head during celebratory gunfire before a wedding ceremony.

"The victim was shifted to Ayub Teaching Hospital but succumbed to his injury."

Ayub Teaching Hospital is located in Abbottabad, a city in the Pakistani province of Khyber Pakhtunkhwa.

The Express Tribune's report also published a video that was filmed from another angle.

Below is a comparison screenshot of the video in the misleading post (L) and the video in The Express Tribune's report (R), with similar features circled in red by AFP: 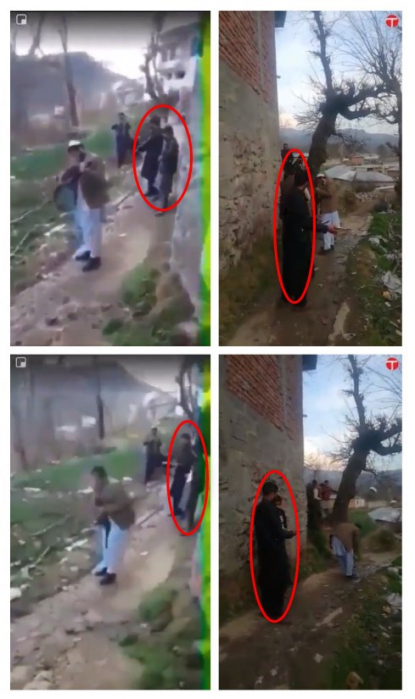