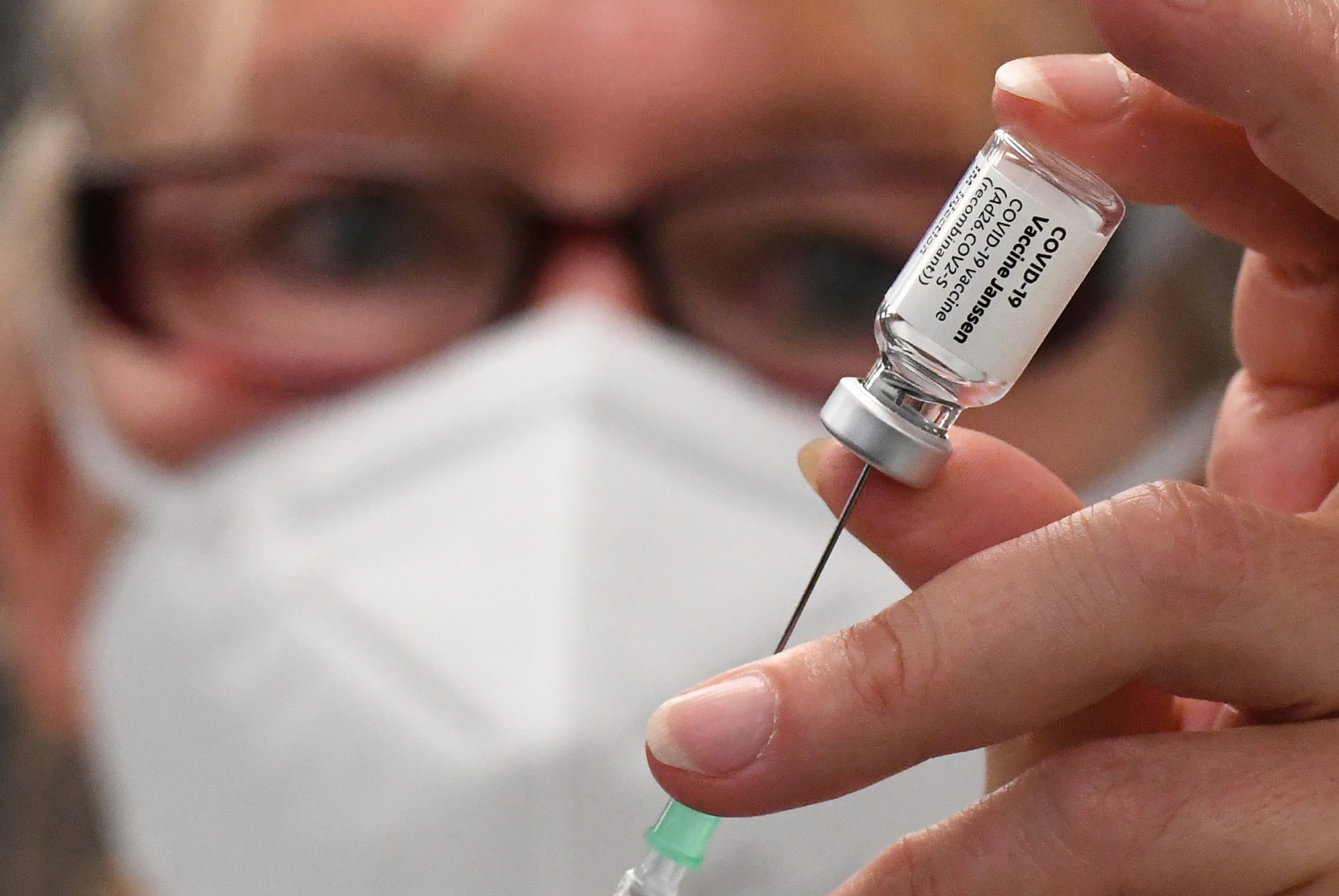 An assistant prepares a Johnson & Johnson Janssen Covid-19 vaccine in a so-called 'Impfzug' (vaccination train) operated by Berliner S-Bahn in Gruenau near Berlin on August 30, 2021, at the start of a vaccination campaign on Berlin's circular Ringbahn railway. ( AFP / Tobias Schwarz)

A video has been viewed tens of thousands of times in social media posts in August 2021 that claim it shows Germany terminated all Covid-19 vaccinations over safety fears. The claim is false, according to Germany's Federal Ministry of Health. As of September 13, 2021, four vaccines approved by the European Union are being administered in Germany. The video actually shows a "pandemic exit" simulation staged by an anti-lockdown group.

"Breaking news! Germany terminated all Covid-19 vaccines, saying they were unsafe and it is no longer recommended! So they did a reflection on the damage caused by the vaccine to their people, no one has to be vaccinated, and the vaccine license has been suspended! Go to Germany!" the tweet's simplified-Chinese caption reads. 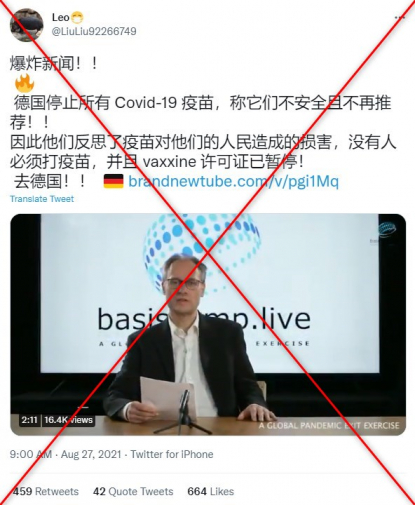 A screenshot, taken on September 6, 2021, of the misleading post.

The post claims the video shows "Stephan Kohn" -- identified as the "Interim President of the Robert Koch Institute" -- announcing that Germany has put all Covid-19 vaccinations on hold because they are "dangerous".

In May 2020, Stephan Kohn was suspended as a senior civil servant in Germany's Ministry of the Interior after his 86-page paper criticising Germany's anti-pandemic measures was "leaked".

In reality, Professor Lothar H. Wieler holds the position of President of the Robert Koch Institut, as of September 13, 2021.

The video was also included in blog posts here and here about the purported announcement.

However, the claim is false. As of September 13, 2021, Germany has not put all Covid-19 vaccinations on hold.

A spokesperson for Germany's Federal Ministry of Health told AFP on September 8, 2021, that the claim in the social media posts was "false".

"Four vaccines are currently approved in the EU, all of which are also used in Germany. In Germany, a vaccine is only approved if it successfully passes all three phases of the clinical trial program and has a positive benefit-risk ratio", the spokesperson said.

The spokesperson also emphasised that the Robert Koch Institute and the Paul Ehrlich Institute are constantly monitoring and providing recommendations based on their own Covid-19 research.

According to the government's official tally, 62% of Germany's population had been fully vaccinated as of September 10, 2021.

A reverse image search on Google found the same video was published here on Instagram on August 22, 2021. 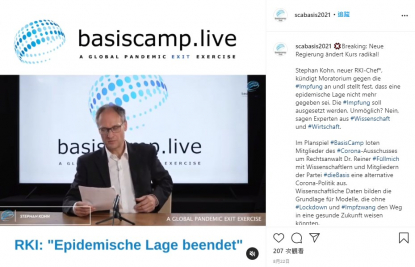 A screenshot, taken on September 8, 2021, of the Instagram video.

It features a German lawyer called Reiner Fuellmich who has spread misinformation about the Covid-19 pandemic.

The post's German-language caption translates to English in part as: "In the #BasisCamp simulation game, members of the #Corona committee around lawyer Dr Reiner #Füllmich sound out an alternative #Corona policy with scientists and members of the #dieBasis party".

The clip was produced by a coronavirus skeptic group that refers to itself as the "Corona Committee". It has links to a German protest group dubbed the Anti-Corona-Movement.

According to this website connected to the Corona Committee, the clip was a "pandemic exit exercise".

The group told AFP on September 9, 2021 that the clip was filmed as "part of the Global Pandemic EXIT Exercise". 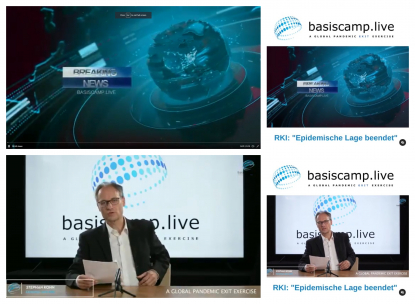 The same video was also debunked by a Malaysian news website Techarp here.