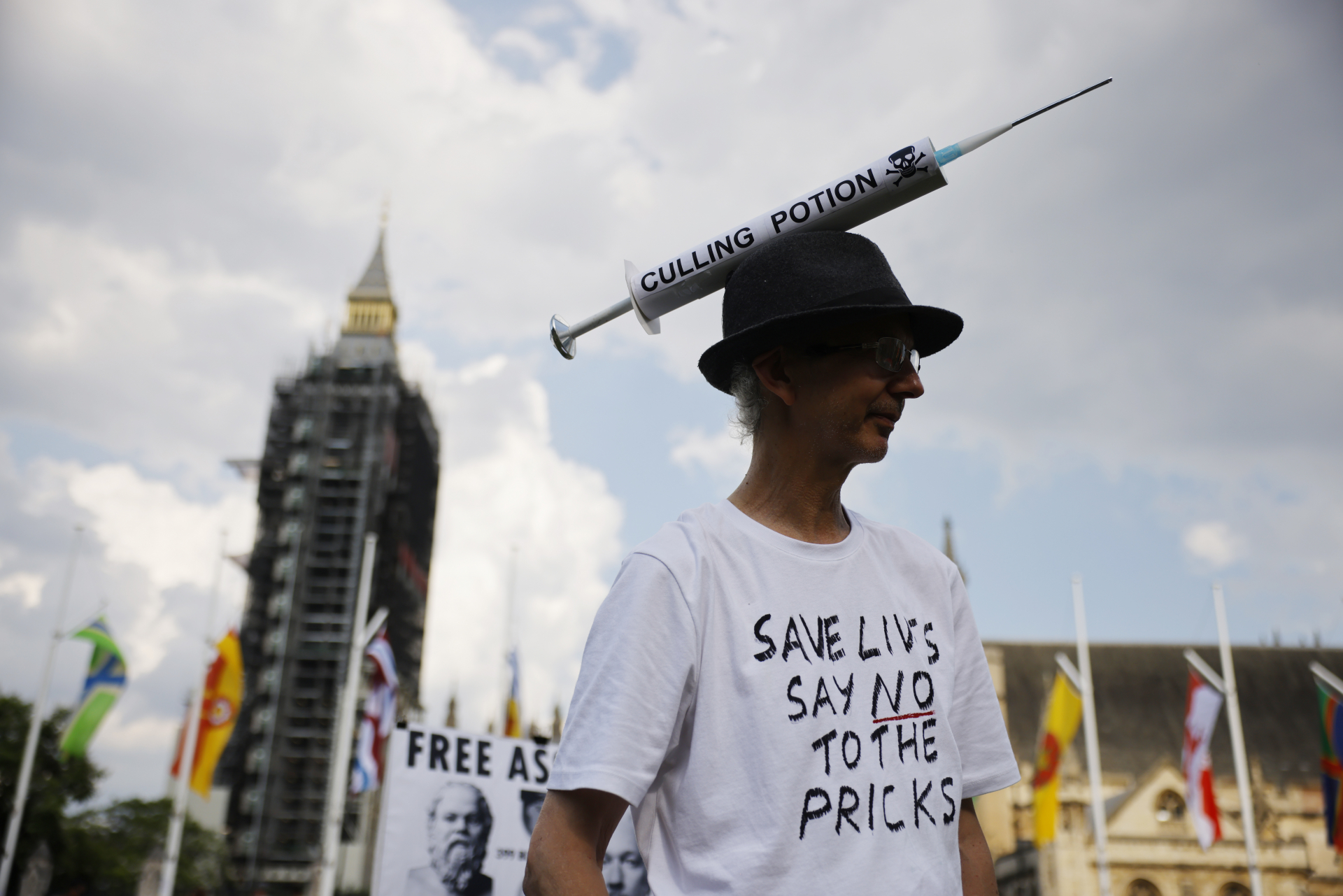 Online articles claim that English health data indicates vaccinated people are far more likely to die of Covid-19 than those who have not received the shots. This is false; Public Health England says the claims misrepresent its findings, experts described the calculations in the articles as flawed, and data shows that the vaccines work.

"Fully vaccinated people have a 885% higher chance of death due to Covid-19 than people who are unvaccinated according to official data," says the headline of a July 3, 2021 article from The Daily Expose website, which criticized "draconian restrictions on the lives of the British people."

Screenshot of an online article, taken on August 3, 2021

Another article by the publication gives the figure as 990 percent. Both cite Public Health England (PHE) briefings for the claims.

They are the latest of false or misleading claims about Covid-19 shots that have spread across the internet, hindering uptake of the inoculations which health authorities say are safe and effective.

The data "is being misreported, intentionally I assume," a PHE spokesperson said. "It is expected that a large proportion of cases would occur in vaccinated individuals, simply because a larger proportion of the population are vaccinated than unvaccinated."

The difference in case proportions is even more pronounced because the vaccine has been prioritized "to individuals who are more susceptible or more at risk of severe disease, as in the United Kingdom Covid-19 vaccination program," the spokesperson added.

Greyson, an assistant professor at the University of British Columbia's School of Population and Public Health, explained that “the fatal flaw in the math is the lack of an appropriate denominator."

The publication attempted to calculate the death rate for those who received the shots by dividing the number of vaccinated Delta variant deaths by the number of immunized people who contracted the highly infectious Delta variant.

Greyson likened the scenario to gauging the effectiveness of seat belts. For example, picture a population of 1,000, out of which 900 people wear seat belts and 100 do not. If the safety measure did nothing at all, nine times more motor vehicle deaths would be expected in the seat belt group because it contains a larger proportion of the population.

However, since seat belts do provide protection, the group of people who do not wear them account for more than its share of deaths. The same logic applies to vaccinated and unvaccinated groups.

By the time the Delta variant became the dominant coronavirus strain in the United Kingdom, the majority of adults had been vaccinated, and were thus a larger population than those who were unvaccinated.

The statistics in the public health report are "actually great" because they demonstrate that the Covid-19 vaccines are working, Greyson said.

In the US, preliminary data suggested that 99.5 percent of deaths in some states over a six-month period were among the unvaccinated, Centers for Disease Control and Prevention Director Rochelle Walensky said on July 1.

Valen Johnson, head of the statistics department at Texas A&M University, agreed with Greyson's analysis. Johnson emphasized that the denominator should have been the total vaccinated or unvaccinated populations, not the Delta cases in each category.

The comparisons in the article are "inappropriate," he said, characterizing the calculations as "very misleading."

A long-running study by scientists at Imperial College London and market research company Ipsos MORI found that fully vaccinated people were one-third as likely to test positive for the coronavirus, confirming other findings that the shots offer good protection.