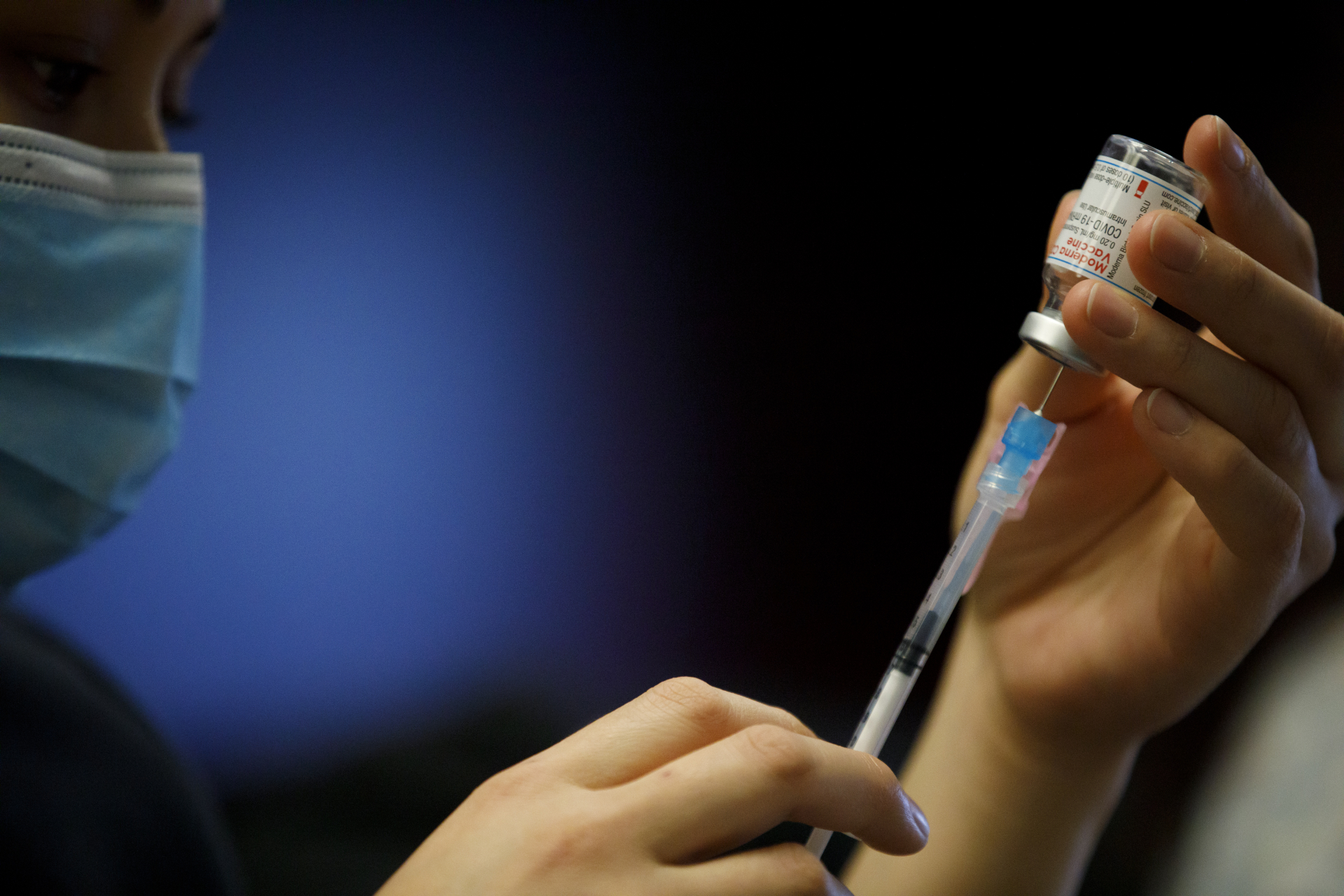 A Canadian physician claims in a video clip shared on social media that most people who receive widely-used Covid-19 vaccines will experience blood clots. But experts say his conclusion stems from an analysis that was not published in accordance with scientific method, was not peer-reviewed, and does not prove the shots are causing clots.

Charles Hoffe claims in a video posted on Facebook on July 7, 2021 that spike proteins elicited by Covid-19 vaccines using mRNA technology will cause "microscopic" and scattered blood clots that permanently damage tissue.

Hoffe claims the clots are too small to show up on scans, but that he has identified them using blood tests for a substance called D-dimer, which are used to find evidence of clots. The video -- which has been watched more than 110,000 times and also appeared on Facebook here, here and here, as well as on BitChute and Rumble -- is just one example of doctors providing inaccurate information about Covid-19 and vaccines.

Health agencies in North America and Europe assure that the shots are safe, though they say rare cases of blood clots have occurred in people who have received Covid-19 vaccines based on a different technology, not the mRNA shots.

"I'm still trying to accumulate more information, but on the ones I have so far, 62 percent of them have evidence of clotting, which means that these blood clots are not rare. It means that the majority of people are getting blood clots that they have no idea that they're even having," Hoffe says in the video.

But experts told AFP that, contrary to Hoffe's claim, elevated D-dimer levels alone are not proof of blood clots.

A D-dimer test can be prescribed by a specialist when a blood clot is suspected. But a high D-dimer level in vaccinated patients would not necessarily be worrying.

"When you are vaccinated, there is often inflammation: you have a little fever, aches and pains... it proves that the vaccine works," Marie-Antoinette Sevestre-Pietri, president of the French Society of Vascular Medicine, said on July 15. "An inflammatory reaction will result in an elevated D-dimer level, but this does not mean that thrombosis will occur."

Dr Nicolas Gendron, a physician in the hematology department of the Georges-Pompidou Hospital in Paris, agreed.

"Having a high D-dimer level doesn't mean that you have a thrombosis," which is the formation of a blood clot in the heart or in a blood vessel, he said on July 20.

It means that "additional examinations, such as a CT scan, will be necessary to confirm it," he added.

The French Society of Hematology said on July 19 that D-dimer levels "increase with age, in pregnant women and in many pathological situations such as bacterial or viral infections, even benign ones."

Experts contacted about Hoffe's claim emphasized that he did not describe the process he used to reach his conclusions, and that his results have not been peer-reviewed.

"The experiment reported by Dr Hoffe is not a scientific study, and does not fall under the heading of 'evidence-based medicine.' Therefore, no credit can be given to these results," the French Society of Hematology said.

Sevestre-Pietri agreed, saying: "We don't know how he chose his sample among his patients: if he took six patients from his practice who are over 75 years old, they will necessarily have a high D-dimer level."

She added that, "The scientific method used is not described and the results are not published."

Contrary to the Canadian doctor's claims, a June 2021 study found that of all the participants who received the Pfizer-BioNTech Covid-19 vaccine, which uses mRNA technology like Moderna's, "none developed symptomatic thrombotic events during the study period. None of the parameters showed clinically relevant variations at different time-points before and after vaccination."

Vaccines based on the viral vector technology such as AstraZeneca’s have been linked to cases of blood clots, but these events remain rare.

The technology uses a modified version of a different, harmless virus, to deliver instructions to cells that enable them to fight the coronavirus.

Use of the AstraZeneca and Johnson & Johnson vaccines was halted in some countries following reports of rare blood clots, but it has since resumed.

The Canadian federal government has approved four vaccines so far: one each from Pfizer-BioNTech and Moderna that use messenger ribonucleic acid (mRNA) technology, and two more from AstraZeneca and Johnson & Johnson, which are viral vector.

More than 49 million doses of Covid-19 vaccines in total have been administered in Canada.