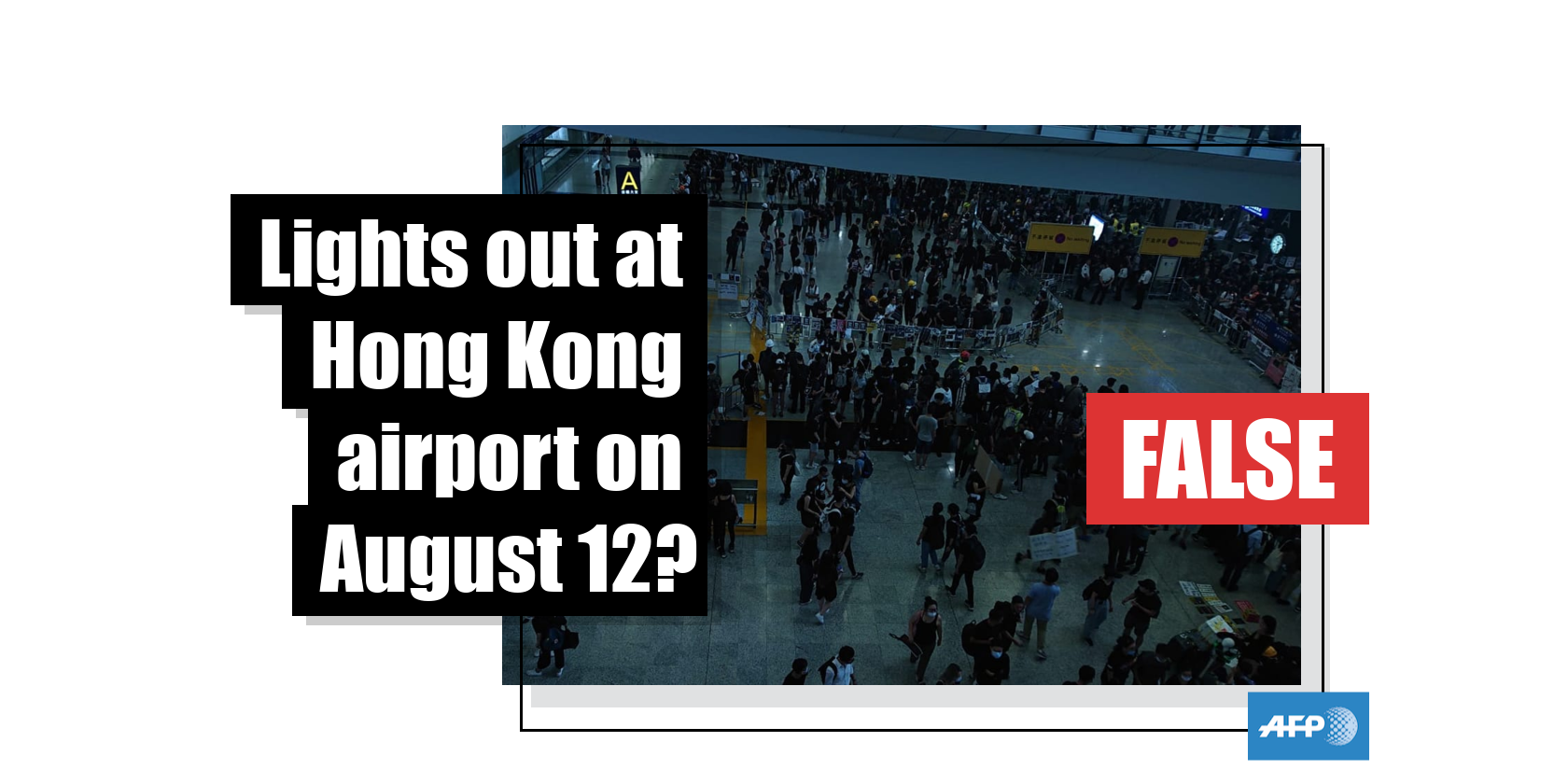 Hong Kong airport has said ‘all lighting operated as normal’

A photo has been shared hundreds of times in multiple posts on Facebook, Twitter, forums and websites in various languages alongside a claim that lights at the Hong Kong International Airport had been switched off during a protest at the airport on August 12, 2019. The claim is false; the airport confirmed with AFP that no lights were turned off that day.

The photo has been shared more than 200 times since it was posted here to Facebook on August 12, 2019.

Translated to English, the traditional Chinese caption reads: “Lights have been turned off at the airport, which is closing. Don’t know if the air-conditioners will be switched off too.”

The photo was taken at Hong Kong International Airport’s Arrivals Hall A, as seen in this AFP image.

Pro-democracy protesters staged a sit-in at the Hong Kong airport on August 12, 2019, as the city’s ongoing democracy demonstrations entered the tenth consecutive week.

This August 12, 2019 AFP report states in part: “The protesters streamed into Hong Kong airport and quickly transformed the arrivals hall at one of the world's busiest transport hubs into a sea of black.

“The massive protest forced the cancellation of all flights in and out of Hong Kong airport.” 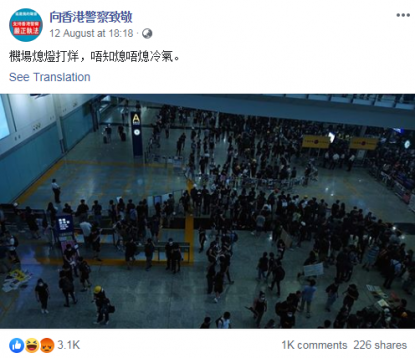 The same photo has been shared here and here on Facebook, here on Twitter and here on Hong Kong forum HKGolden alongside an identical claim.

A similar claim in Korean is seen here and here alongside the same photo.

The claim is false; Hong Kong airport confirmed no lights were turned off on August 12, 2019.

Airport Authority’s Media Relations team confirmed with AFP in an email dated August 15: “According to our record, all lighting operated as normal on 12 August.”

Zooming in on this higher-definition version of the photo tweeted by a Hong Kong journalist, the clock under the “A” sign reads 5:10.

Below is a screenshot of the photo with the clock circled in red: 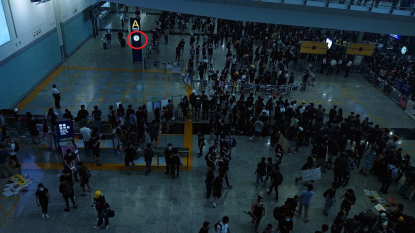 Lights were on in this Associated Press livestream video that shows the protest at the airport from 4:55 pm through 5:51 pm August 12, 2019.

The AP video was taken near a 7-Eleven convenience store just to the left of Arrivals Hall A, as seen in the map of the airport below: