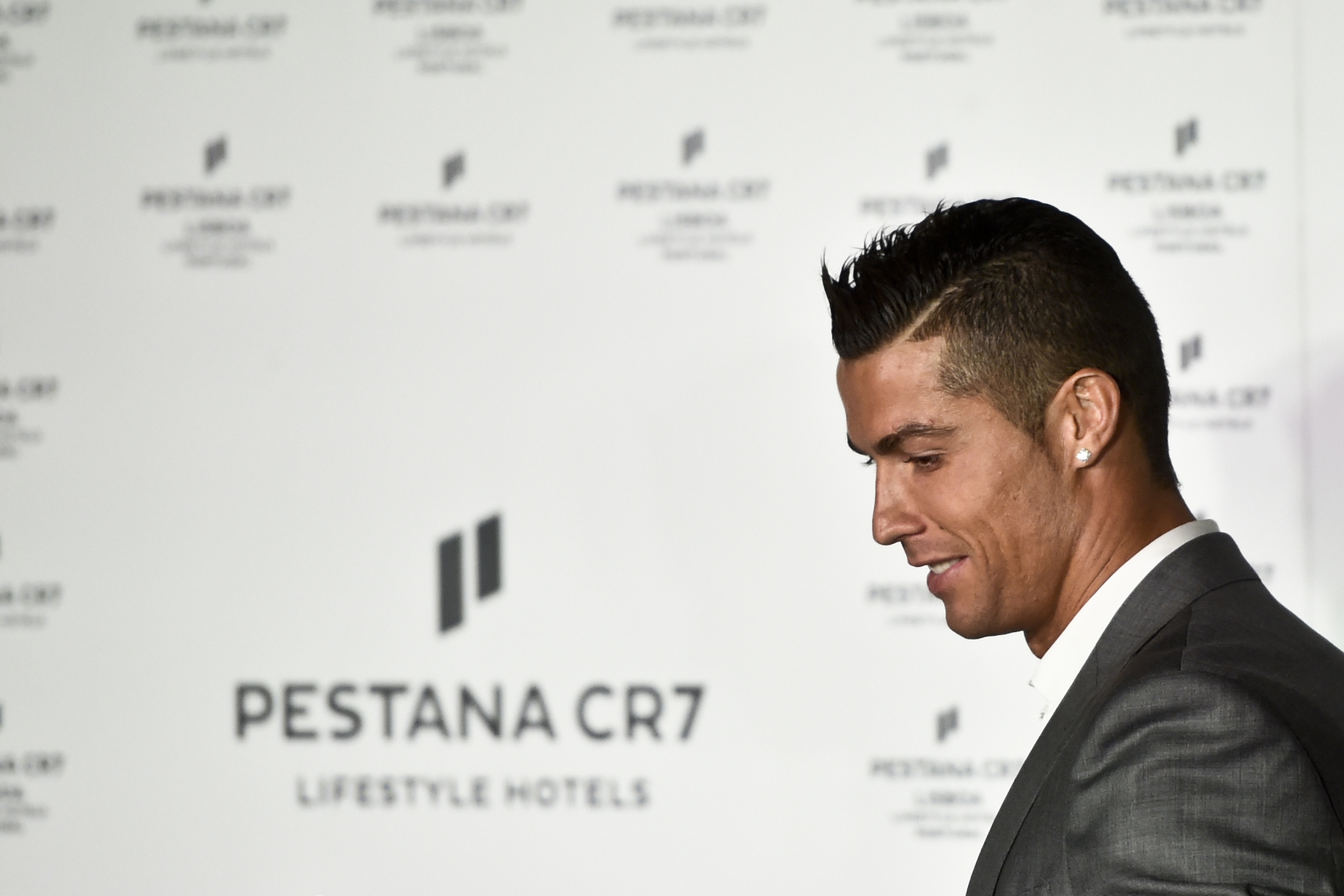 Cristiano Ronaldo arrives onstage to deliver a speech during the official inauguration of the the Pestana CR7 Lisbon Hotel in Lisbon on October 2, 2016. (AFP / Patricia De Melo Moreira)

A claim that footballer Cristiano Ronaldo plans to turn his hotels in Portugal into hospitals for people infected by the novel coronavirus, COVID-19, has been shared tens of thousands of times in multiple languages on various social media platforms. The claim is false; a spokesperson for the hotels said the claim was “inaccurate”; Ronaldo has also not mentioned any such plan on his social media platforms.

The claim has been shared more than 1,700 times after being published here on Twitter on March 14.

The Twitter post's caption states: “Cristiano Ronaldo’s @PestanaCR7 hotels will become hospitals next week, where patients in Portugal will be treated free of charge. He will pay all medical staff. #COVID19 What a man.”

The Pestana CR7 Hotels is co-owned by the Pestana Hotel Group and Portuguese football star Cristiano Ronaldo. It currently operates in Lisbon and Funchal in Portugal. 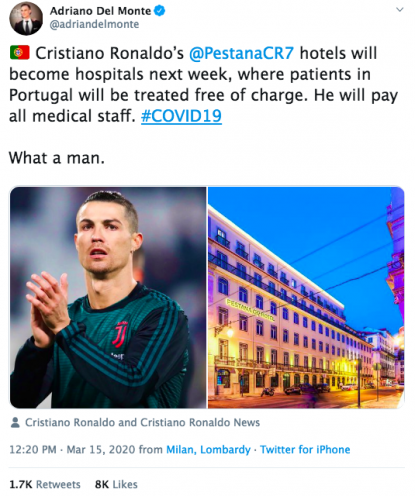 Several European countries have been put on lockdown due to the COVID-19 epidemic that has killed more than 6,606 people and infected some 167,511 others, according to this latest WHO report published on March 16.

In a telephone conversation with AFP on March 16, a Pestana Hotel spokesperson said: “The information is inaccurate. We did not receive any indication in this regard.”

The hotel’s Lisbon branch also told Dutch news site RTL Nieuws on March 15: “We are a hotel. We are not going to be a hospital. It is a day like everyone else, we are and will remain a hotel.”

Cristiano Ronaldo has been in self-isolation in Madeira, Portugal, after his teammate Daniele Rugani tested positive for COVID-19, according to announcements from Italian football club Juventus on March 11 and 12.

A search on Ronaldo's social media accounts found that he called for the protection of human lives “above all other interests” during the pandemic in this March 14 Instagram post.

Since the beginning of 2020, he posted twice about the Pestana Hotels. One post on January 22 provided updates on a new hotel project in Madrid, and another post on February 7 promoted the group's hotel in Lisbon.

A Google keyword search on “Cristiano Ronaldo” between January 1 and March 17, 2020, found no news reports about the footballer’s “plan” to turn his hotels into hospitals.