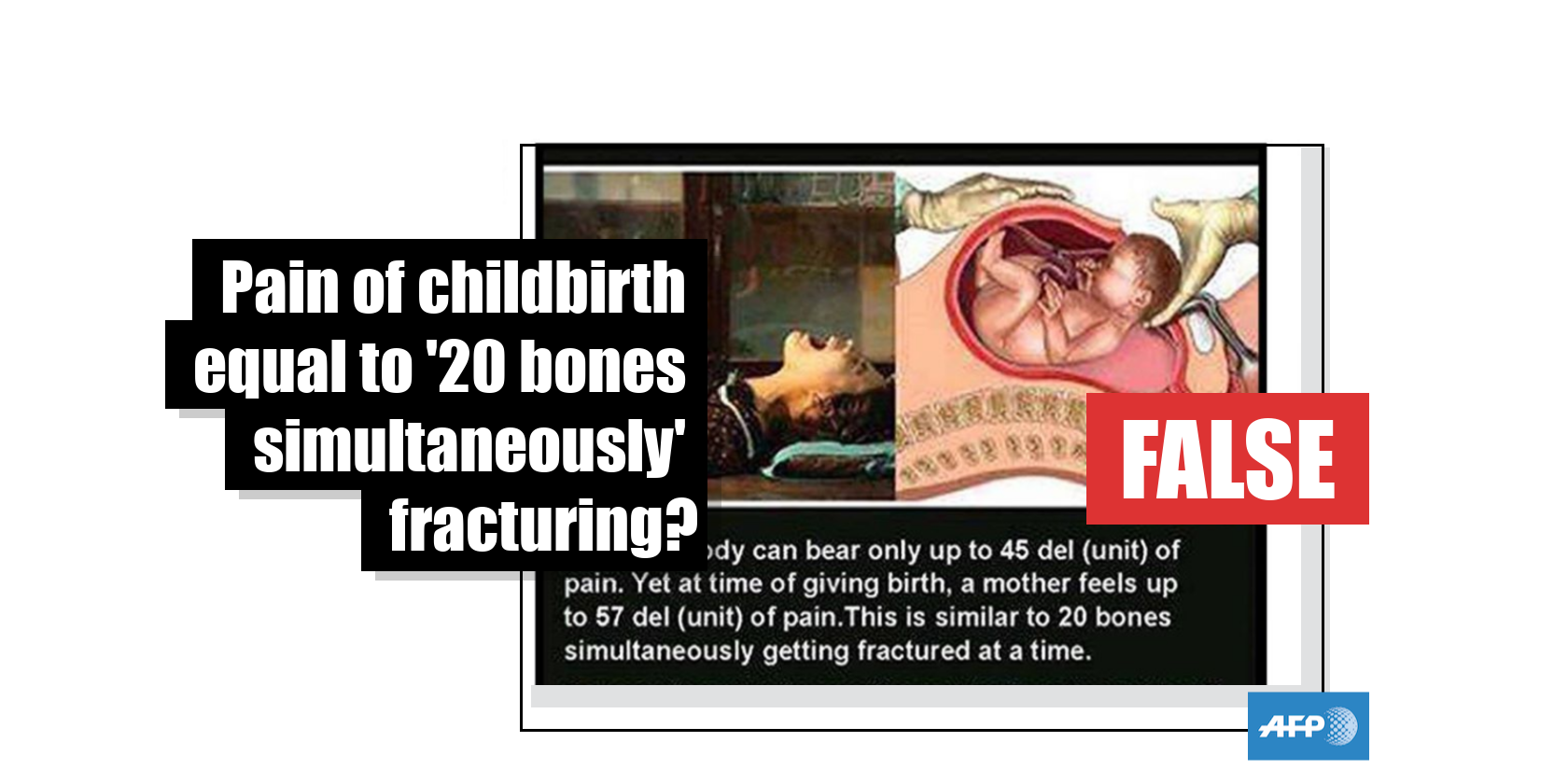 Multiple posts on Facebook, Twitter and various meme websites claim that a woman giving birth experiences “57 del (unit) of pain,” which is similar to “20 bones simultaneously getting fractured”. The human body, the post adds, can only bear “45 del (unit) of pain”. The claim is false; health experts said there is no unit called a “del” to measure levels of pain; medical researchers have used a ten-point scale to measure pain but agree that a person’s experience of pain is subjective.

Along with purported images of childbirth, the graphic includes text that reads: “A human body can bear only up to 45 del (unit) of pain. Yet at time of giving birth, a mother feels up to 57 del (unit) of pain. This is similar to 20 bones simultaneously getting fractured at a time.”

“Can you imagine it now, the mother’s pain and love?” the text adds. 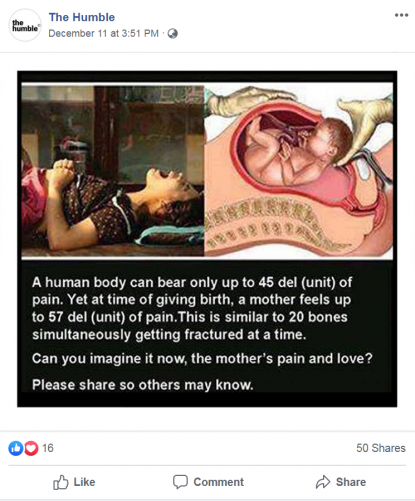 The claim is false; there is no unit called a “del” used to measure pain.

In the 1940s, a system known as the “dol scale” was developed that quantified pain levels using a dolorimeter, an instrument used to measure pain intensity. But unlike the scale of 0 to 45 referenced in the misleading posts, the dol scale assessed pain from 1 to 10. The scale was outlined in this 1947 report by the dolorimeter’s creators, published by The American Society for Clinical Investigation.

A report published here in Oxford University's Journal of the History of Medicine and Allied Sciences in 2011 detailed how by the early 1950s, experts began assessing pain individually through clinical trials instead of the dolorimeter.

Health professionals then began using a 10-point scale that incorporated descriptions and pictures of facial expressions to help assess pain, according to a report published here in December 2018 by Harvard Health Publishing, the consumer health division of the Harvard Medical School.

But even that system has since been questioned.

“We now realize the scale is too simple to measure something so complex," Dr. Jianren Mao, the chief of the Division of Pain Medicine at Massachusetts General Hospital was quoted as saying in the same report.

"What one person rates as an 8 or 4 may be quite different for someone else, so it is not always an accurate assessment,” he added.

Below is a screenshot of the first part of the Harvard Medical School’s report: 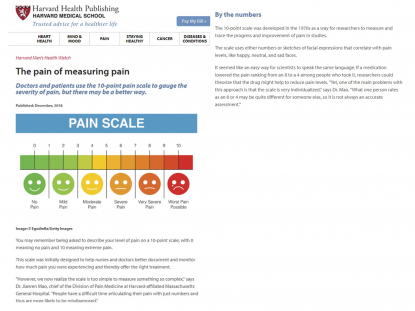 The same misleading claim about the pain of childbirth was also debunked here by Africa Check, a Johannesburg-based fact-check site, and here by Snopes, a US-based fact check organisation.