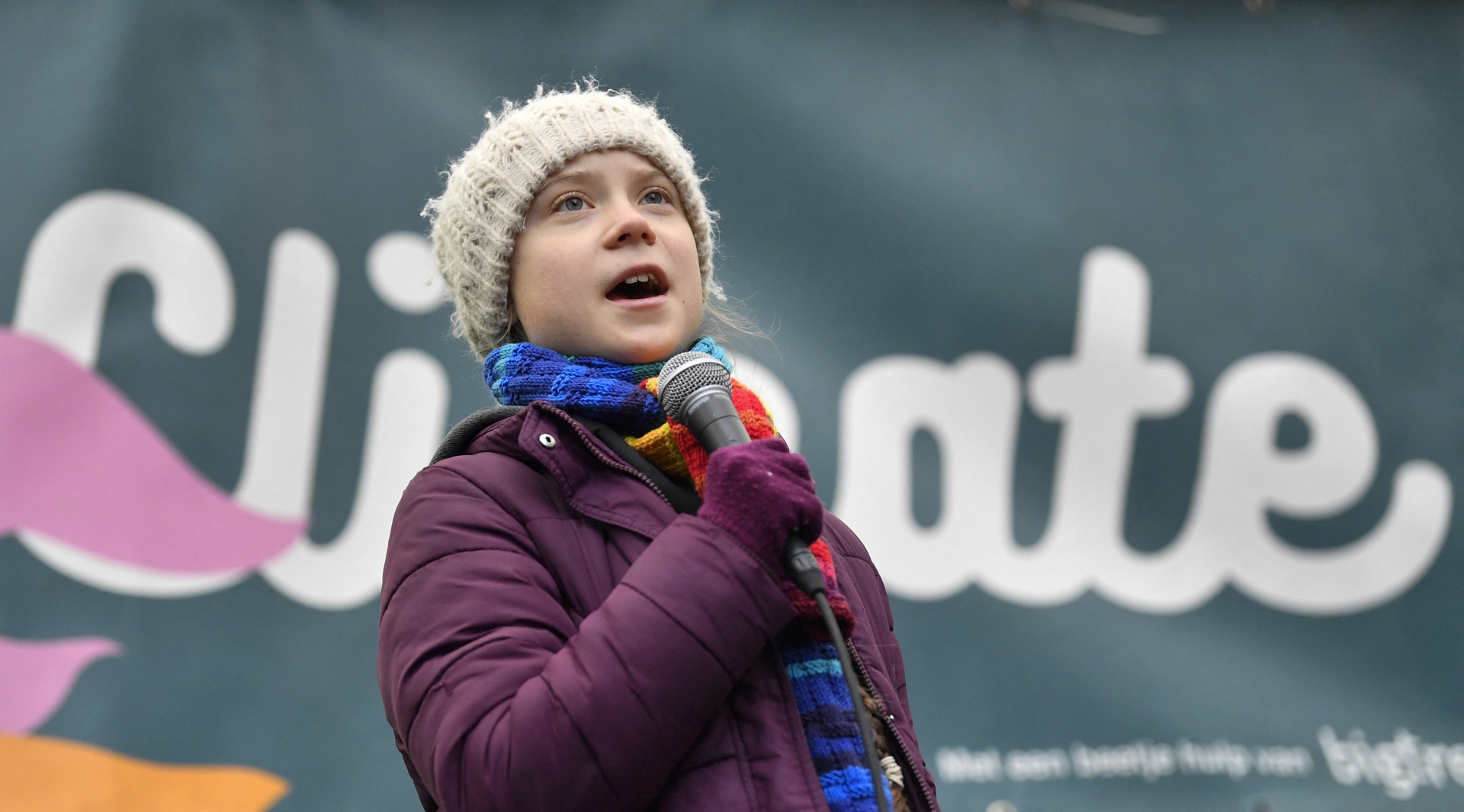 (FILES) In this file photo Swedish environmentalist Greta Thunberg speaks during a Youth Strike 4 Climate protest march on March 6, 2020 in Brussels. - Environmental campaigner Greta Thunberg assailed powerful politicians in biting remarks to a US congressional panel on April 22, 2021, accusing them of ignoring the climate crisis and demanding an end to fossil fuel subsidies.How long do you think you can continue ignoring the climate crisis, the global aspect of equity and historic emissions without being held accountable? the 18-year-old Swede will tell the House Oversight and Reform Committee by remote videolink, according to her prepared remarks. (Photo by JOHN THYS / AFP)

Social media posts shared thousands of times claim Swedish climate activist Greta Thunberg urged Chinese people to stop using traditional chopsticks in order to save trees. The claim is false: AFP found no record of such remarks, while a spokesperson for Thunberg rejected the posts as baseless.

“Greta Thunberg urges Chinese people to abandon traditional chopsticks and thus save trees and forests,” reads a post shared on April 15, 2021 in a Facebook group with more than 30,000 members.

“Chinese People's response is to urge Greta to return to school, where she can learn that chopsticks are made of bamboo, which is a species of grass.” 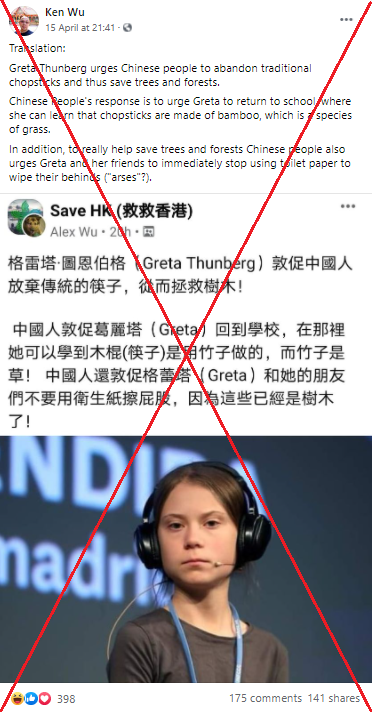 The claim has circulated on social media since at least January 2020, when it appeared in a tweet reading, “Greta said don’t use chopsticks. Cuz it is symbol of environmental destruction (sic).”

It has since been widely shared in Chinese posts (here, here and here), and in various other languages such as French and Danish. 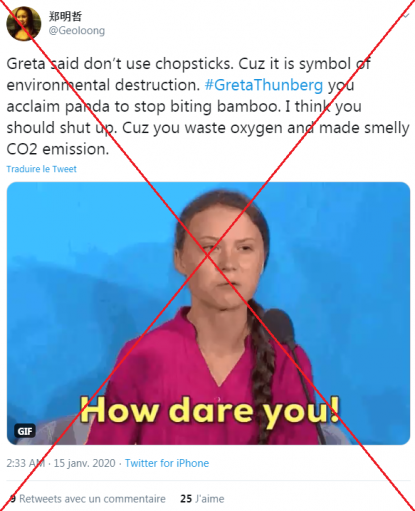 However, the claim is false. AFP ran keyword searches in English and Chinese and found no reliable record that Thunberg said Chinese people should stop using chopsticks to save trees.

Contacted by AFP, a spokesperson for Thunberg said the young activist “never” made such comments.

“Greta has never made those or related comments, nor has she received such a message,” a spokesperson said via email on April 15, 2021.

Social media posts featuring the claim in various languages are mostly literal translations of this Facebook post from March 11, 2020, which has been shared more than 7,000 times.

The post, like various others sharing the claim, features a photo of Thunberg speaking at the UN Climate Action Summit on September 23, 2019. However, a transcript of her speech shows she did not mention chopsticks.

A leading figure in the fight against climate change, the young Swede is regularly targeted by misinformation.

In September 2019, a manipulated photo appeared to show Thunberg alongside US billionaire George Soros. The original photo in fact showed her posing with former US vice president Al Gore.

Another altered photo purported to show her tucking into lunch on a train while poor children looked on.