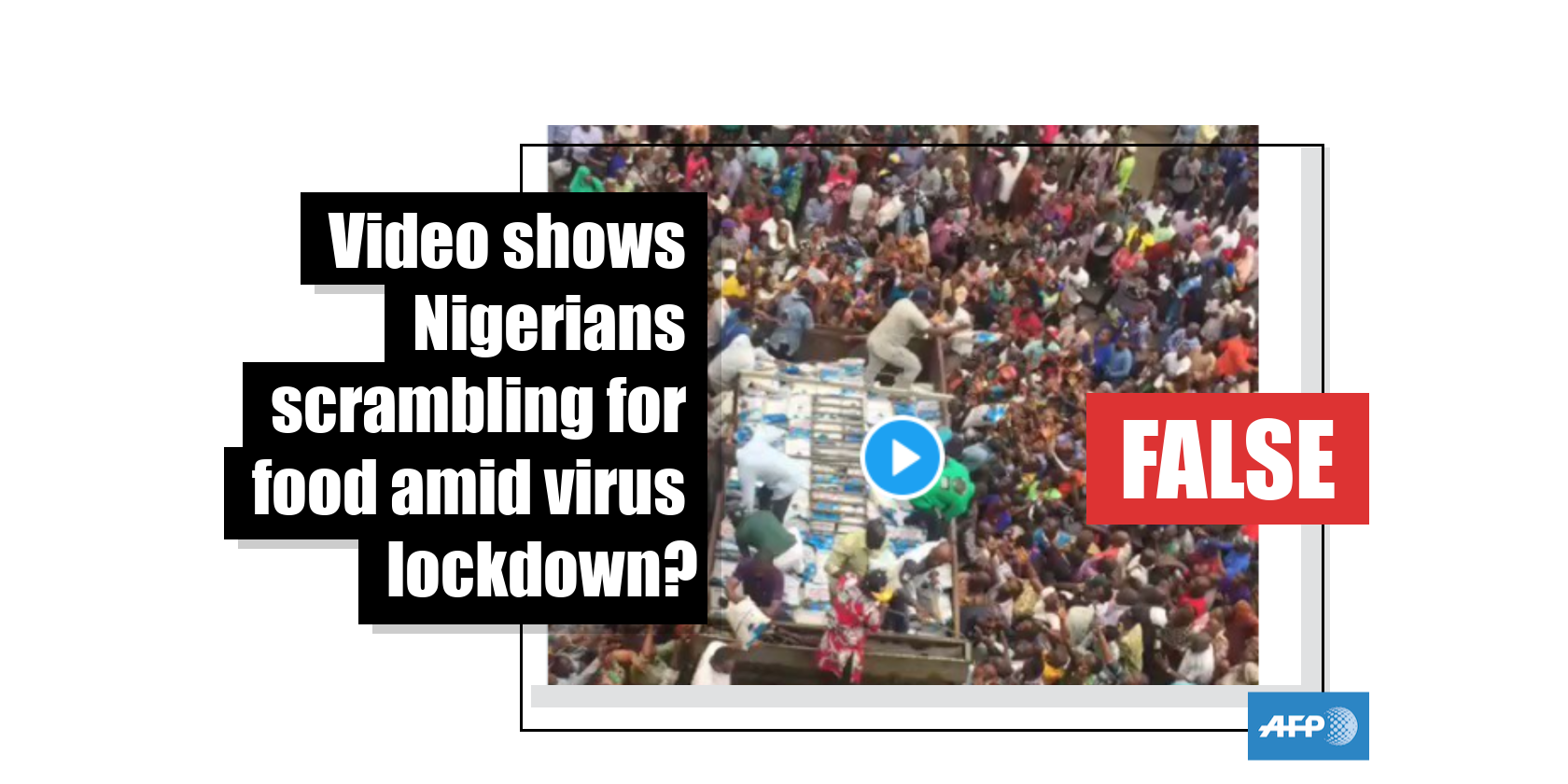 A video shared thousands of times on Facebook, Twitter and Instagram purports to show hundreds of Nigerians scrambling for food amid a lockdown prompted by the novel coronavirus. However, the footage has been circulating on social media since at least March 2019, months before the start of the pandemic.

The video appears in numerous social media posts, including this tweet (archive) by a Nigerian senator, Dino Melaye. It was liked nearly 4,000 times after it was published on April 16, 2020, but it has since been deleted.

The tweet was captioned: “FG do something b4 something do us all. Nigerians are hungry.” FG refers to the Nigerian federal government. Many comments suggested some Twitter users believed the video was shot recently at a food distribution centre during the lockdown. 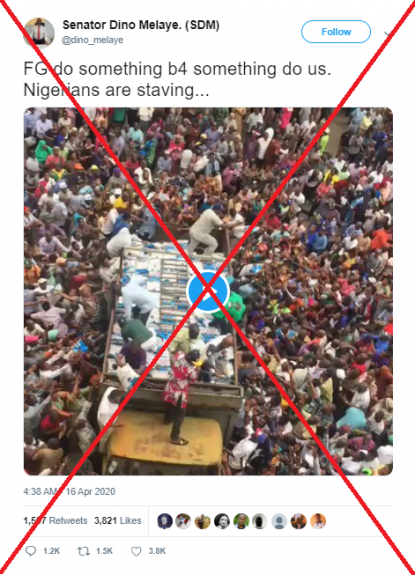 The 30-second video clip shows several men on top of a truck loaded with what appears to be bags of rice. They distribute the bags to a surrounding crowd.

Nigeria reported the first confirmed case of the novel coronavirus in sub-Saharan Africa on February 27, 2020. Since then, the figure in Nigeria has risen steadily to at least 442 cases including 13 deaths, as of April 16, 2020.

Precautionary measures such as regular hand washing and social distancing were recommended by the Nigeria Centre for Disease Control (NCDC) to keep inhabitants of Africa's most populous nation safe from the virus.

Several parts of the country have been under a stay-at-home order since March 30. The lockdown affects the country’s largest city Lagos, neighbouring Ogun state, and the capital Abuja.

The lockdown has seen Nigerians who depend on daily wages cut off from their only source of income, and has prompted local authorities to provide food relief packages to help citizens through the pandemic.

What does the viral video show?

While the AFP video above (in French) is one of several media reports showing a lack of social distancing at some food distribution centres in Lagos, the clip shared thousands of times on social media has nothing to do with the virus. It has been circulating online since at least March 2, 2019, months before the start of the pandemic.

“Birds eye view of the scramble for rice at the Lagos State Secretariat (sic),” the caption reads. “Nigeria is really at its lowest ebb. People willing to die for Rice in Lagos Secretariat.”

Political parties in Nigeria often give away rice and other food in a bid to woo voters ahead of elections.

Sahara TV reported that the distribution took place at the Adeyemi Bero Auditorium in the government administrative area in Ikeja.

AFP found that the physical structures and wall paintings visible in the footage indeed match those around the auditorium, as can be seen using Google Street View.

Moreover, news reports about the rice distribution to Lagos state civil servants ahead of the poll were published by major Nigerian news outlets, including Vanguard Newspaper and The Punch.