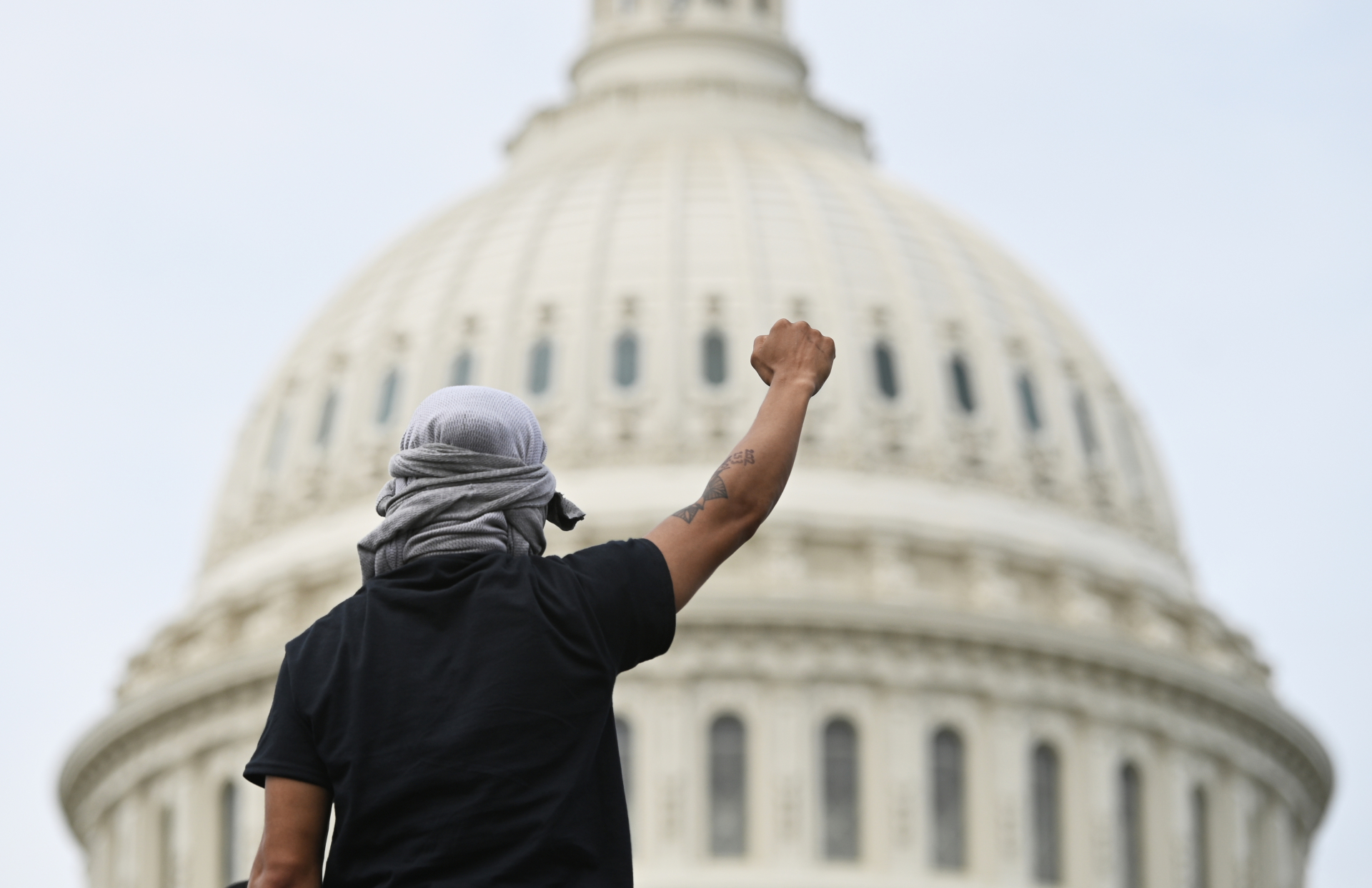 A man demonstrates against the death of George Floyd near the US Capitol on June 3, 2020 in Washington (AFP / Mandel Ngan)

An image of a flyer claiming the Open Society Foundations, a philanthropic organization funded by billionaire George Soros, will pay people to protest was shared hundreds of times on Facebook and Instagram. The flyer is fake, according to the chairman of the local Democratic Party branch also mentioned in the image, and the foundation denied that it or Soros pays protesters.

“Get paid to be a...Professional Anarchist!” a photo of a flyer shared hundreds of times on Facebook and Instagram since late May 2020 says.

“Contact your local Open Society Foundation branch,” it says, alongside a phone number and an email for the Thurston County Democrats. 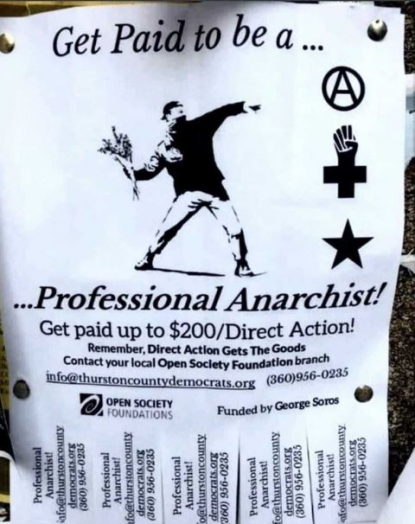 The posts are being shared against the backdrop of nationwide protests in the US after George Floyd, an unarmed black man, was killed in Minnesota police custody.

One post claimed, “I called. It’s a real number.”

However, when AFP phoned the number on June 3, 2020 a Verizon recording said it has been “changed, disconnected or is no longer in service.”

Victor Minjares, chairman of the Thurston County Democrats, a local branch of the Democratic Party in the US state of Washington, denied that the flyer was real in a May 30, 2020 Facebook post. “THESE IMAGES ARE FAKED TO DISCREDIT DEMOCRATS,” he wrote.

The Open Society Foundations said in an online statement: “Those protesting the death of Mr Floyd and police brutality across the nation do so out of a deep and abiding concern for country; they don't do so for pay from these foundations or any other, as some cynics claim. Such assertions are false, offensive.”

A search of the Foundations’ database detailing the grants it has awarded in 2020 does not show support for protest actions.

“We do not pay protesters. Neither does our founder George Soros. Claims that we do serve to delegitimize those who are exercising their Constitutionally-protected right to protest peacefully and petition their government for redress of grievances,” the Foundations said on Facebook.

AFP Fact Check has debunked several examples of false information circulating about the demonstrations over Floyd's death, including a fake Antifa tweet, false claims of a communications blackout during protests in Washington, DC, and a doctored image of Adolf Hitler used to criticize President Donald Trump's actions during the protests.