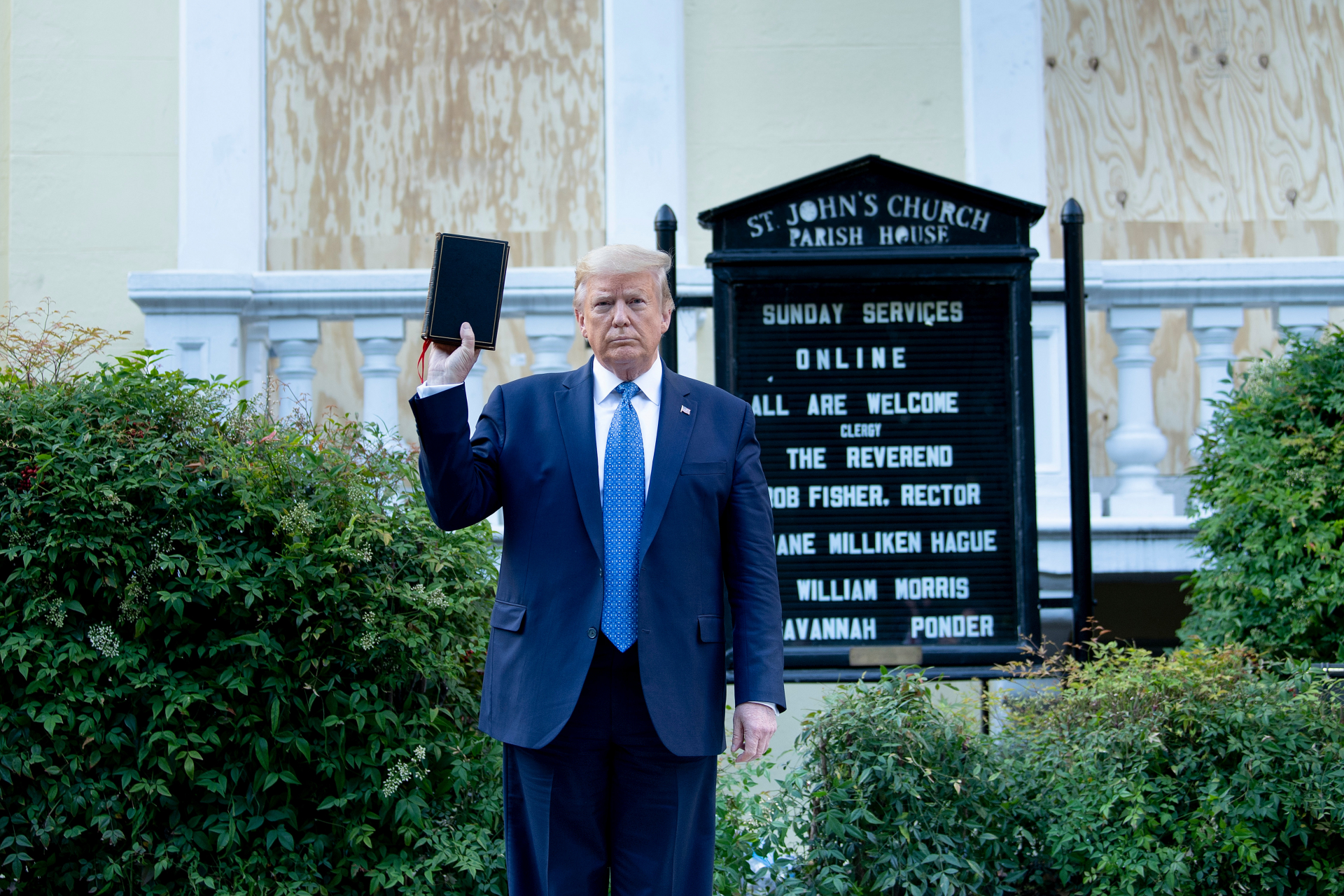 US President Donald Trump holds a Bible on June 1, 2020 while visiting St John's Episcopal Church across from the White House after law enforcement cleared the area of people protesting the death of George Floyd (AFP / Brendan Smialowski)

Posts on social media criticize Donald Trump by featuring an image of the US president holding a Bible aloft at a church near the White House alongside a seemingly similar one of Adolph Hitler. But the photo of Hitler has been doctored to add the book; in the original, his raised hand is empty.

“Some was wondering why would Trump go to a nearby church to hold up a Bible in front of a church? The answer is he was mimicking and imitating Hitler!” said a June 2020 Facebook post with the two images, which is no longer available. 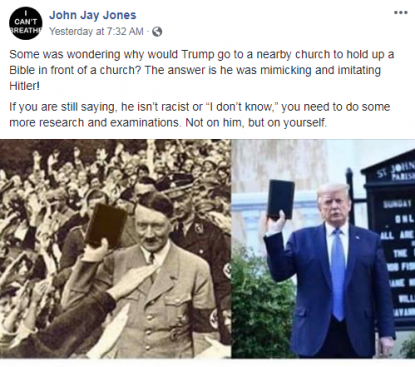 On June 1, law enforcement forcibly cleared peaceful protesters who were demonstrating near the historic St John’s Episcopal Church -- which was defaced with graffiti and damaged in a fire during a demonstration on May 31 -- so Trump could walk over from the White House for photographs in which he held a Bible.

The US president adopted a martial tone in a nationwide address just before the church visit, threatening a military crackdown to quell “rioting, looting, vandalism” amid protests following the death of George Floyd in Minneapolis police custody.

The image of Hitler in the social media posts has been digitally altered. The original -- which AFP found using a reverse image search and which was taken by the dictator’s photographer Heinrich Hoffmann in the 1930s -- shows his right hand is empty. 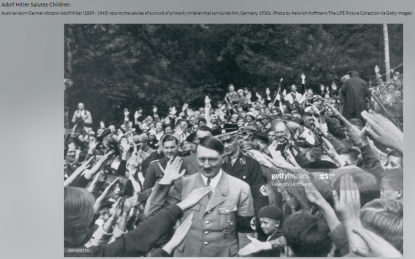 A screenshot taken on June 3, 2020 shows the unaltered photo of Adolph Hitler

A Twitter user claimed to be the one who altered the image, but this could not be independently confirmed by AFP.

“What happened was a Friend posted a challenge to make a meme of Trump holding the bible. So I made the meme on my $60 phone with no Photoshop apps. Just cut and paste. I posted it as a meme. It took off from there,” @iDGRic tweeted.

The death of 46-year-old Floyd, a black man, has sparked days of demonstrations in cities across the United States over police brutality against African Americans.

Floyd’s final moments -- in which he pleaded for his life and said he could not breathe as a white police officer knelt on his neck -- were captured on video.