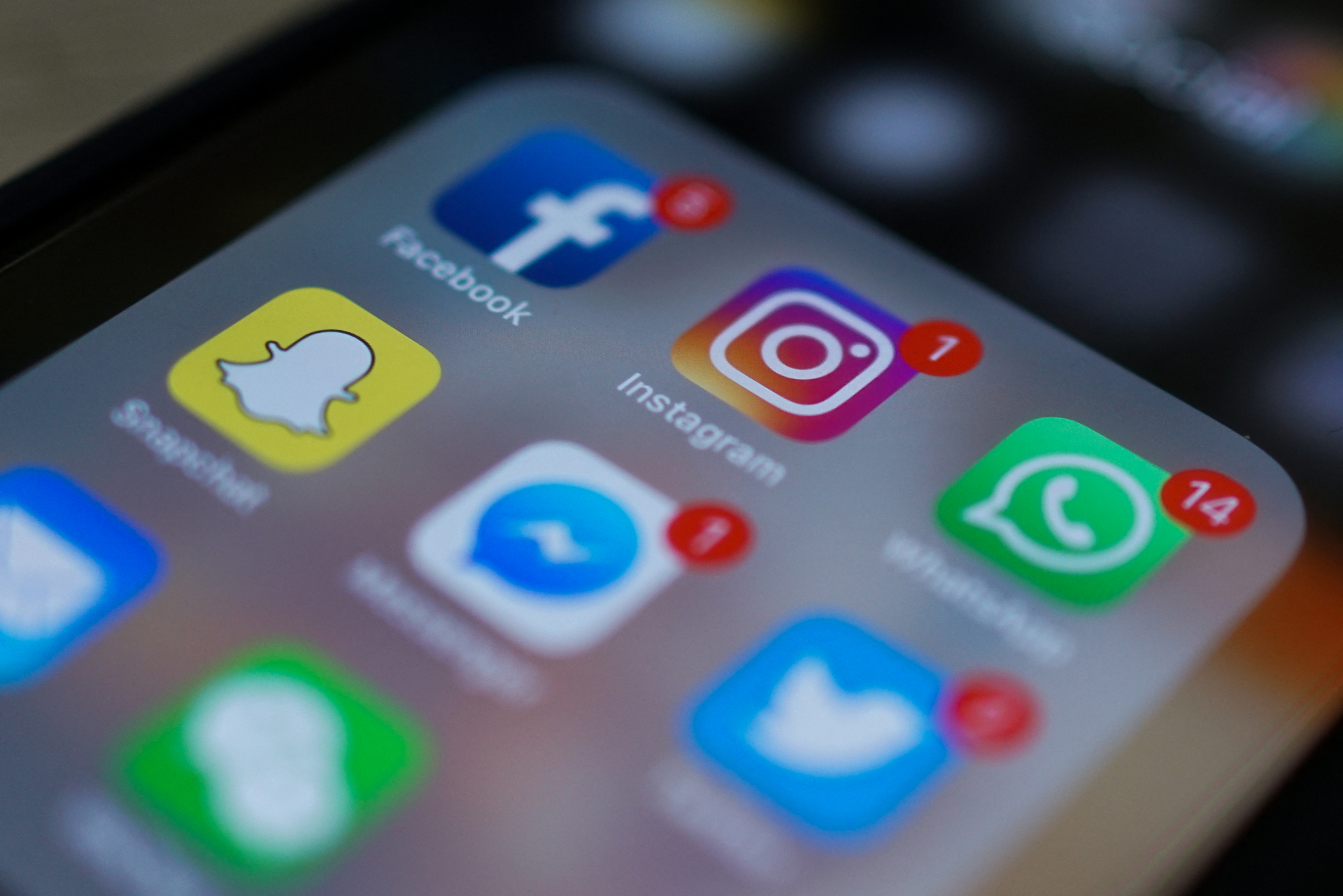 Multiple Facebook posts have shared a photo that they claim shows a woman pregnant with quadruplets. But the claim is false: the photo has in fact circulated in news reports about a patient who underwent surgery for an ovarian cyst -- not a pregnant woman.

The photo was shared by a Papua New Guinea-based Facebook user here on June 1, 2021.

“Please, I need your prayers because the Doctor has tested me and it has declared that I have four babies in my stomach,” text superimposed on the photo reads. 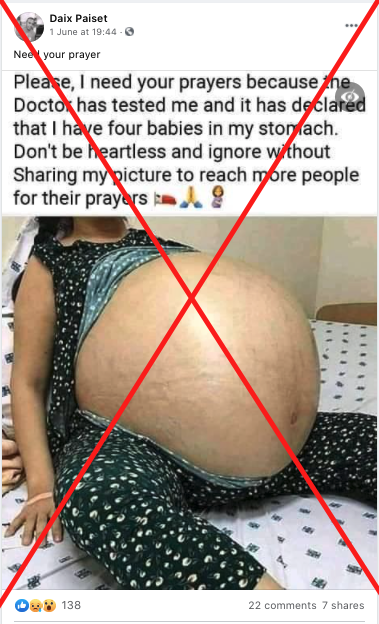 The photo has circulated on social media worldwide -- including on Nigerian and South African Facebook pages where it has been shared more than 40,000 times alongside a similar claim.

AFP found the picture appears in this May 2018 news report published by media organisation Viet Nam News about a woman with an ovarian cyst. 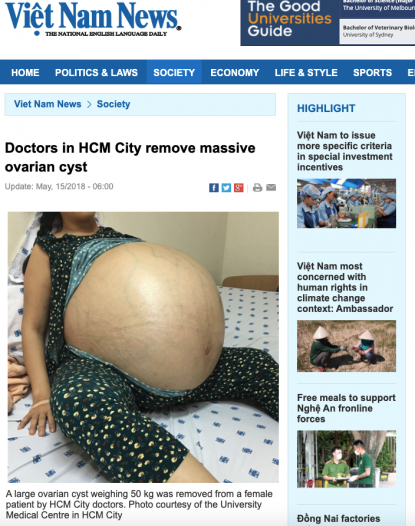 A screenshot of the Viet Nam News story, featuring the photo shown in the Facebook post. Taken June 24, 2021.

The report reads in part: “Doctors at the University Medical Centre in HCM City have removed an ovarian cyst weighing 50 kg, which was the largest ovarian cyst ever recorded in the country, according to the hospital.

“A 39-year-old woman from An Giang Province, whose named was not disclosed for privacy reasons, was diagnosed with a non-malignant ovarian cyst by doctors at a major hospital in HCM City four years ago.

“But doctors failed to perform an operation to remove the cyst as she was not eligible for anesthesia because of low blood pressure and a heart problem.

“The woman underwent a six-hour operation to remove the cyst which weighed more than 50 kg when it was taken out.”

The same image also appears in this report from Vietnamese news website Tinmoi.

The image was also shared in a separate news report by VOV Online News alongside photos from the surgery credited to the Ho Chi Minh City University of Medicine and Pharmacy.