Skip to main content
US President Joe Biden speaks on racial equity before signing executive orders in the State Dining Room of the White House in Washington, DC on January 26, 2021. (Photo by MANDEL NGAN / AFP)

Shortly after US President Joe Biden took office on January 20, 2021, an image surfaced online that purported to show a tweet from him thanking Indian Prime Minister Narendra Modi and referring to him as a “world leader”. The claim is false; the tweet was published on an imposter account that has since been suspended.

The image was published on Facebook here on January 22, 2021.

It appeared to be in response to a genuine tweet from Prime Minister Narendra Modi congratulating Biden on his inauguration as 46th president of the United States. 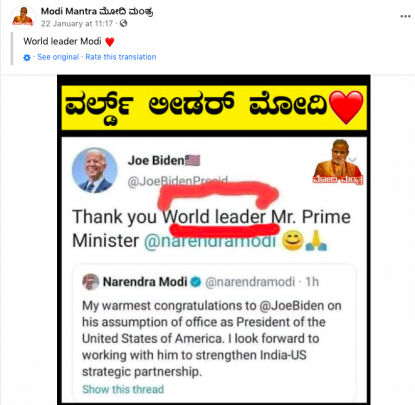 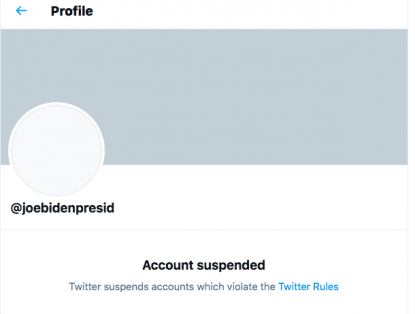