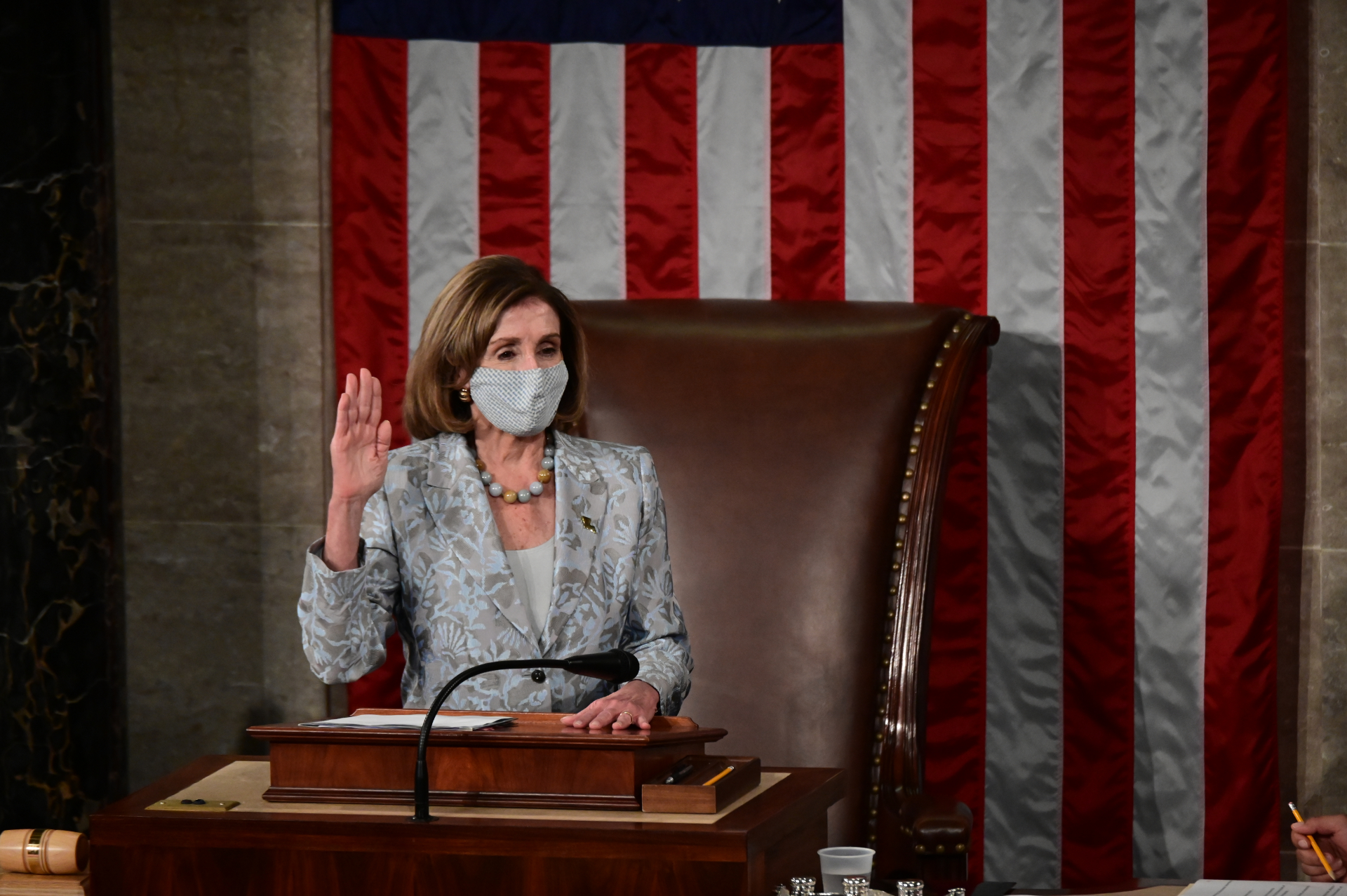 US Speaker of the House Nancy Pelosi administers the oath of office to members of the 117th House of Representatives in Washington, DC on January 3, 2021 (POOL / AFP / Erin Scott)

An image of a letter allegedly sent by Speaker of the House Nancy Pelosi to Portland’s Mayor Ted Wheeler suggesting how to respond to “riots” in the northwestern US city is circulating online. But Pelosi’s office said the letter is “fake,” and a spokesman for Wheeler said the mayor had not received such a document.

The supposed letter, dated August 27, 2020 and which includes unusual capitalization and punctuation, urges Wheeler to “stick to the proven Democratic Play book.”

This, it says, includes denying there is a problem, referring to everything as “peaceful and calm,” going on camera to “show your support for anyone breaking the law,” and “when you can no longer keep any order ‘BLAME TRUMP!’” 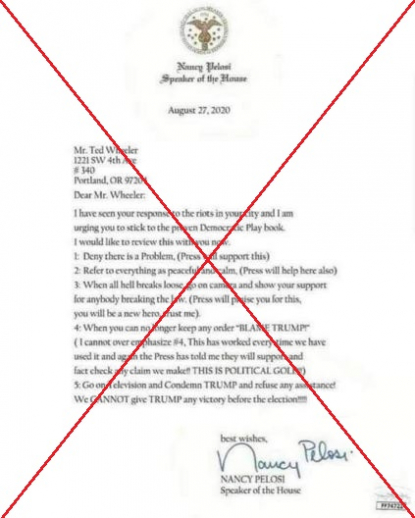 A screenshot taken on January 11, 2021 shows a letter that is falsely said to be from Speaker of the House Nancy Pelosi

The letter appears in January 2021 posts on Facebook here and here and on Twitter here and here, just days after supporters of US President Donald Trump stormed the Capitol and entered the office of the speaker of the house, whose current occupant is a widely reviled figure among American conservatives.

Drew Hammill, Pelosi’s deputy chief of staff, told AFP in an email that the letter is “fake.”

And when asked if Wheeler had received a letter from Pelosi dated August 27, 2020, a spokesman said by email: “No...Not then, not now.”

Portland, a city in the state of Oregon, has seen frequent protests since the summer of 2020, and events there repeatedly drew the ire of Trump in the year of an election that he ultimately lost to Joe Biden.