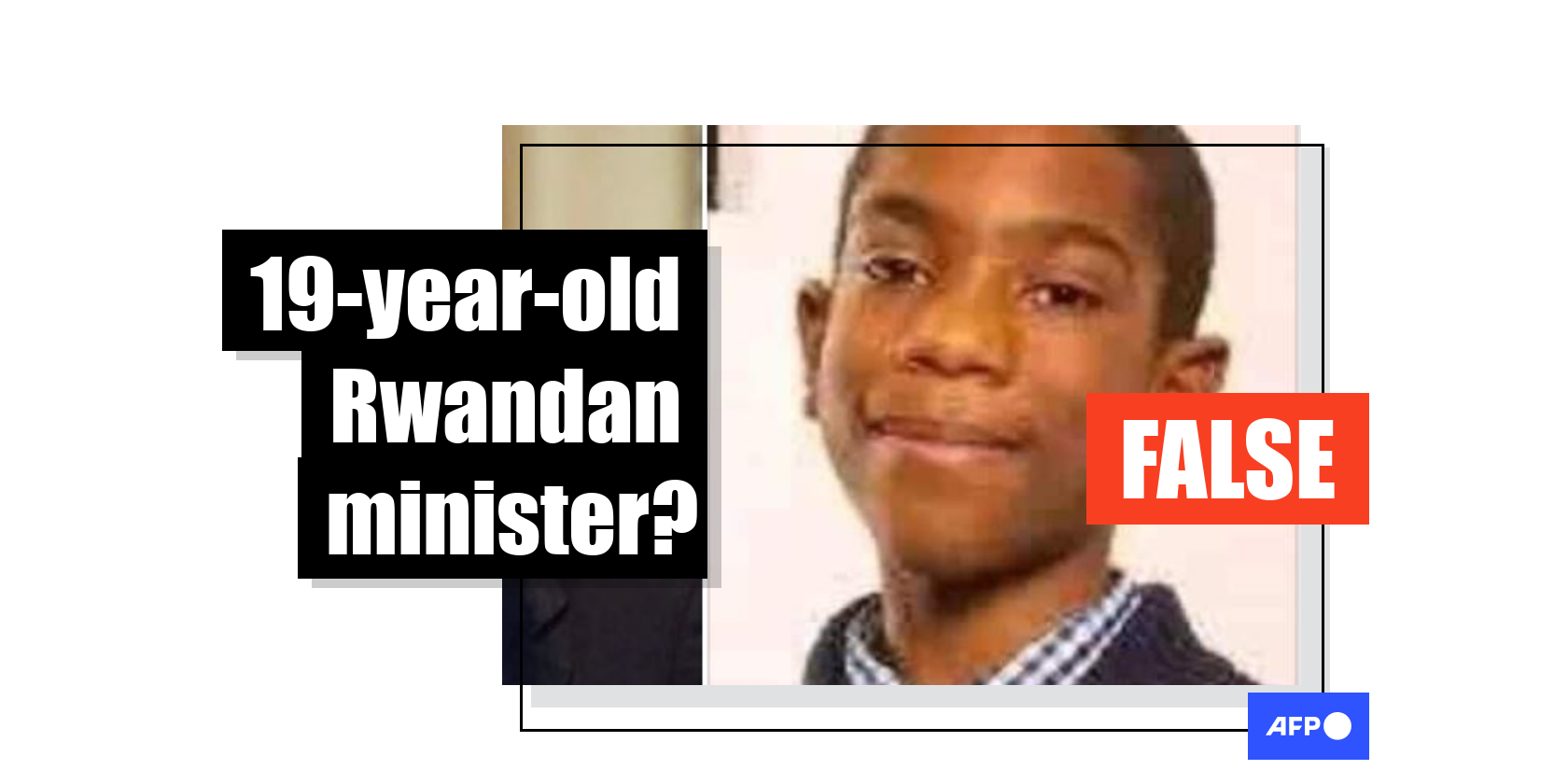 Facebook posts shared thousands of times claim Rwanda has appointed a "19-year-old boy" as "minister of new technologies and development". This is false; there is no ministry by that name, and the Rwandan government told AFP Fact Check the reports were incorrect. The young man in the photo featured in posts is in fact a teenager from London. 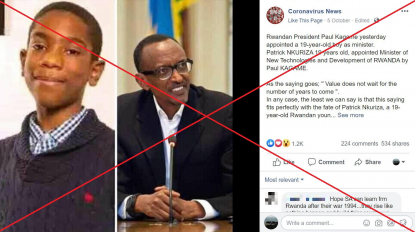 Similar Facebook posts (including here and here) have been shared more than 18,000 times since October 4, 2020, including posts in French.

Media outlets around Africa also relayed the claim, including news sites in Senegal, Tunisia and Zimbabwe.

Contacted by AFP Fact Check, the Rwandan government said the reports were incorrect.

"That information is not true," a government spokesperson said on October 6, 2020.

According to the Rwandan government's website, which features a list of its 20 cabinet ministers, there is no minister of new technologies and development of Rwanda.

The closest position is that of minister of ICT and innovation, held by Paula Ingabire since October 2018.

AFP Fact Check searched the Rwandan government's official Facebook and Twitter accounts but found no posts regarding the appointment of a minister of new technologies and development of Rwanda.

The government last announced official appointments on its Facebook page on June 1, 2020, after various new ministers and judges were sworn in.

AFP Fact Check ran keyword searches for 'Patrick Nkuriza' -- purportedly the name of the new minister -- on various search engines and social media sites but found no politician by that name, in Rwanda or elsewhere.

Furthermore, a Google reverse image search of the photo of the young man featured in posts revealed he is not a Rwandan politician, but a London teenager, Ramarni Wilfred, who made headlines in 2014 for his high IQ. 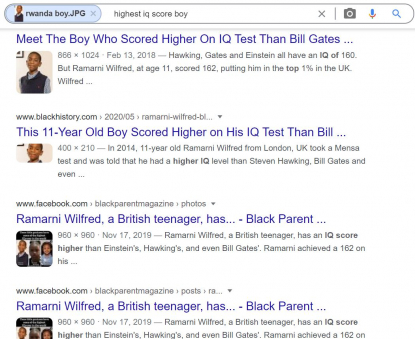 Local and national media reported that Ramarni, then aged 11, had an IQ of 162, scoring higher than the likes of Albert Einstein, Bill Gates and Stephen Hawking.

He also starred in a BBC report in January 2019, which said he was "possibly the smartest boy in London".