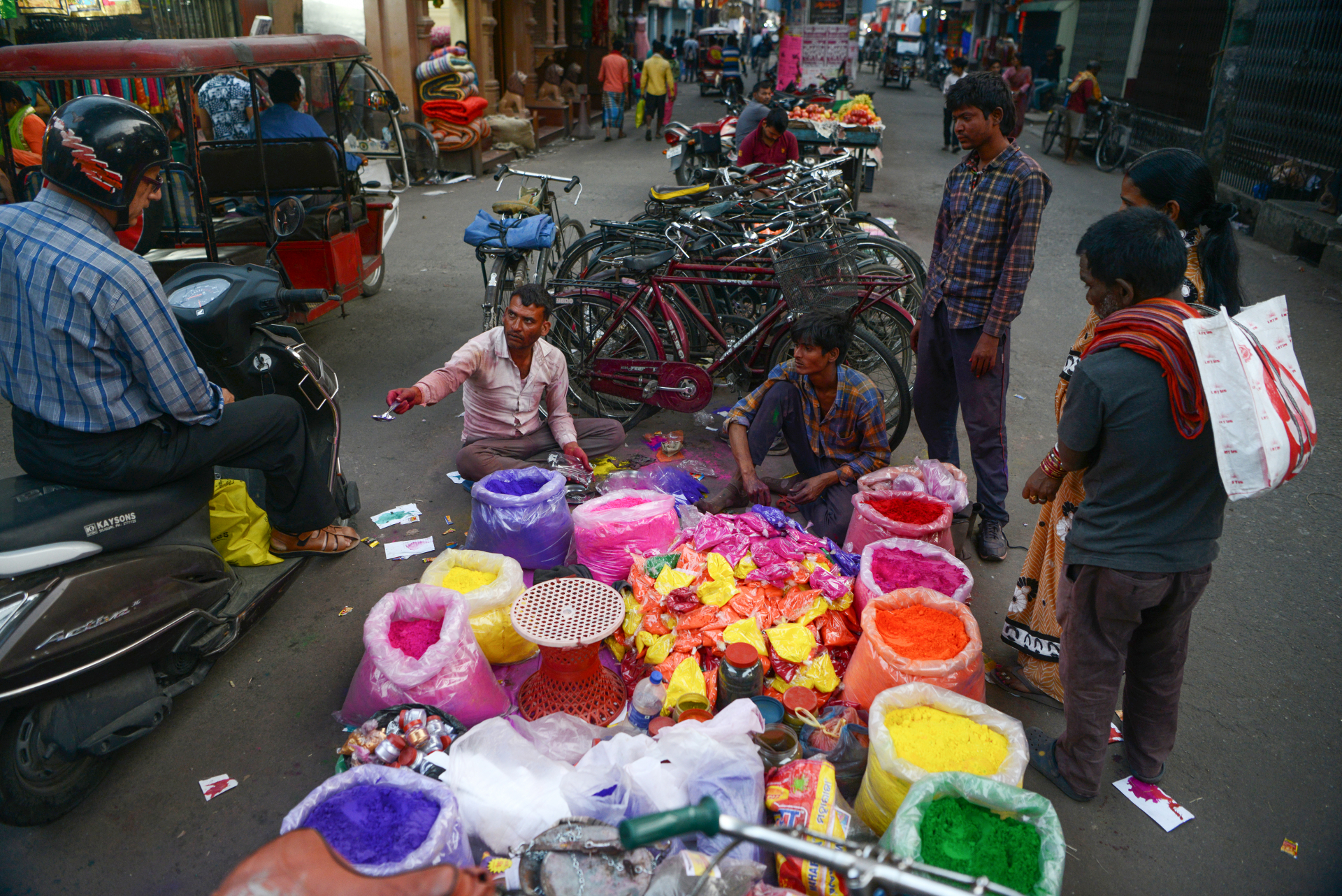 An Indian vendor sells coloured powder prior the Hindu festival of Holi in Siliguri, India on March 17, 2019. (AFP / Diptendu Dutta)

A claim that Chinese goods imported for the Holi festival in India should be avoided because they are infected with the novel coronavirus has been shared multiple times on Facebook, Twitter and WhatsApp. The claim is misleading; the World Health Organization (WHO) told AFP that the virus does not last long on inanimate surfaces, so it is unlikely imported goods would remain infectious; the Toy Association of India told AFP the virus would not survive on a shipment of Holi festival items as the journey from China generally takes at least two weeks.

The claim was published in this Facebook post on February 16, 2020, alongside a photo of a copy of this Ministry of Health advisory on preventing novel coronavirus. 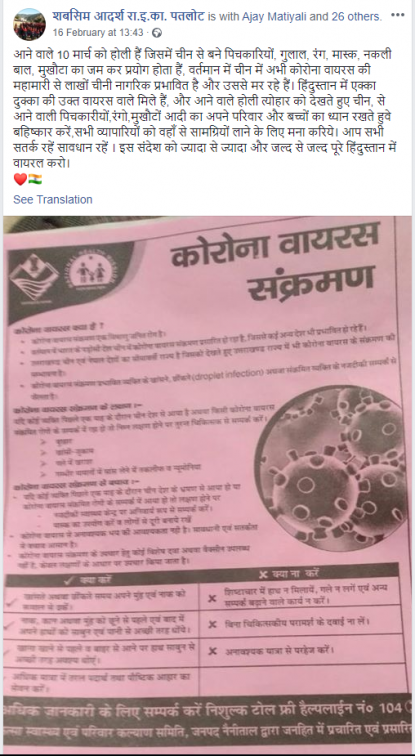 The post’s Hindi-language caption translates to English as: “The festival of Holi will be celebrated on March 10, where Chinese made items like toy guns, colours, face mask, artificial hair are used heavily. Today, hundreds of thousands of Chinese are affected by Coronavirus. In India, only a couple of cases have been found and in view of the Holi festival, please boycott these Chinese items to safeguard your family and children. Please tell local dealers to avoid buying these items from China. Stay alert, share this message widely and make it viral across India.”

Holi is an Indian festival that signifies the start of spring and is often celebrated by covering people in colored powder.

This claim is misleading; a regional WHO representative said that the virus does not last long on surfaces of objects, so it is unlikely that imported goods would remain infectious on arrival to India.

The WHO also issued a similar advisory here on their website that says it is “safe” to receive goods from China.

“People receiving packages from China are not at risk of contracting the new coronavirus. From the previous analysis, we know coronaviruses do not survive long on objects, such as letters or packages," the statement reads.

The Toy Association of India, which oversees imports of toys from China, told AFP it takes an average of two-three weeks for shipments from China to reach India via sea, and it is therefore “highly unlikely” for an object to remain infectious on arrival.

“Factories in China were shut for New Year from the first week of January. The last shipment from China came to India on January 15," Vice President of the Association Vipin Nijhawan added.