Skip to main content
A woman cooks traditional Kevum oil cakes at Kadawatha, a suburb area of Colombo on April 8, 2021 ahead of the Sinhala Tamil New Year celebrations which will be held on April 13 and 14. (AFP / Ishara S. Kodikara)

A photo of a newspaper clipping has circulated in Facebook posts that claim it shows a Sri Lanka official saying consuming a tiny amount of toxic coconut oil is harmless. The claim is false; the photo has been doctored from an unrelated news report that was published months before toxic compounds were detected in a batch of imported coconut oil in Sri Lanka.

The photo has been shared more than 200 times since it was posted here on Facebook on April 14, 2021.

It purports to show an interview with Sri Lanka Minister of Industries Wimal Weerawansa.

The purported interview's Sinhala-language headline translates as: “Consuming a bit of toxic coconut oil will not kill anyone”. 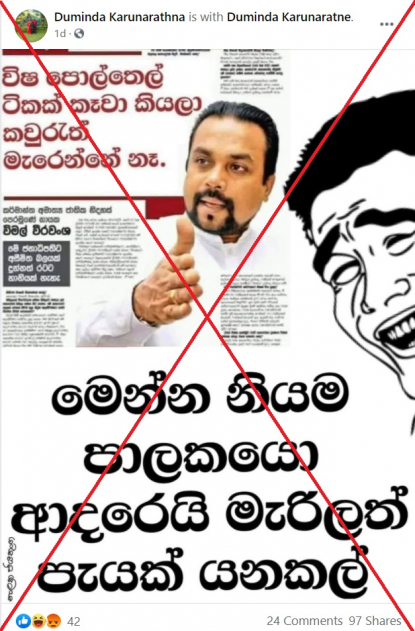 The photo circulated online weeks after Sri Lanka authorities confiscated thousands of litres of imported coconut oil that were found to contain a cancer-causing toxin, local media reported on April 1, 2021.

An identical photo was also shared alongside a similar claim on Facebook here and here.

The claim is false; the photo shows a digitally altered newspaper clipping.

A keyword search on Google found the original interview was published here by the Sinhala-language newspaper Maubima.

The interview's original headline reads: “We won 90 percent of our struggle”.

It was published on October 25, 2020, months before Sri Lanka authorities confiscated imported coconut oil that were found to contain toxins. 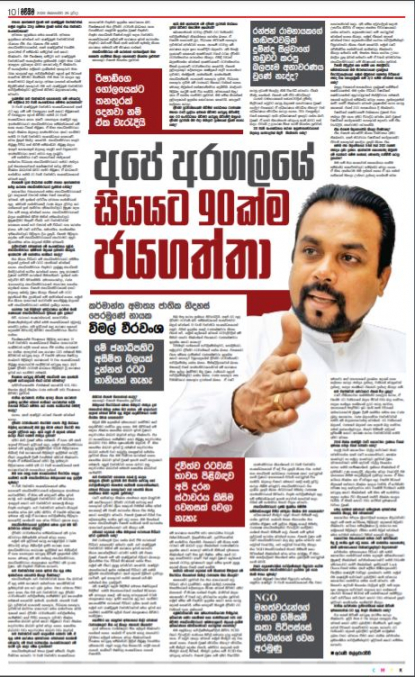 Screenshot of the Maubima interview published on October 25, 2020

In the interview, Weerawansa spoke on a range of issues, including the adoption of the 20th Amendment of the Constitution, a controversial measure passed in October 2020 to expand the powers of President Gotabaya Rajapaksa.

When he said “we won 90 percent of our struggle”, Weerawansa was praising the 20th Amendment, claiming it recognised and addressed around 90 percent of the government’s concerns and demands.

Below is a screenshot comparison of the doctored newspaper clipping published in the misleading posts (L) and the original clipping as published in Maubma (R): 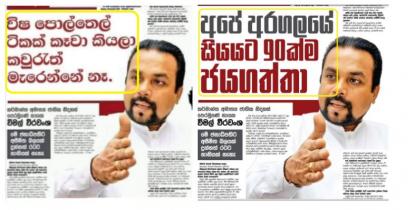