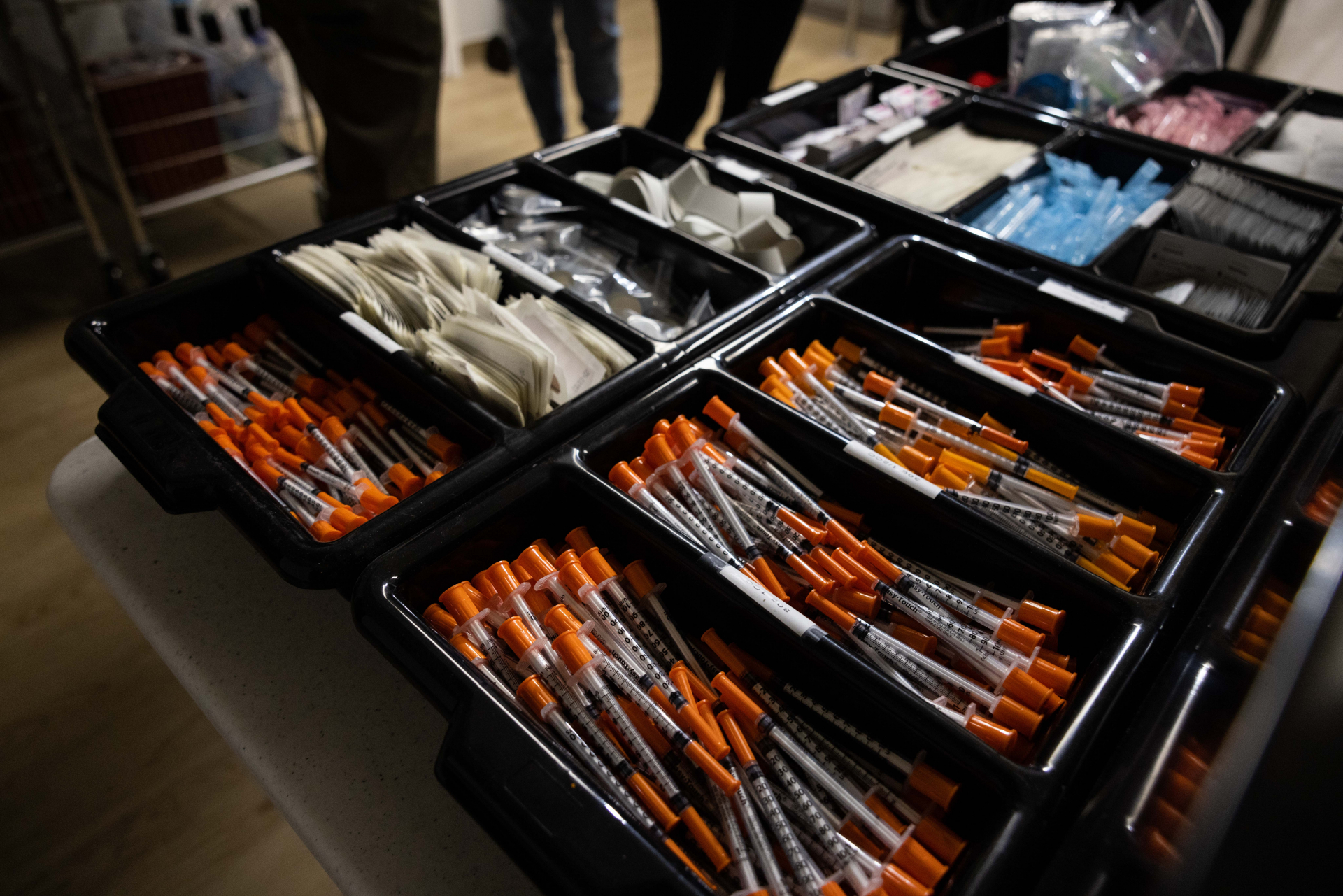 Syringes and other medical equipment at the supervised drug injection site in New York on November 30, 2021 ( AFP / Yuki Iwamura)

US grant program is not funding crack pipes for addicts

Online articles and social media posts say the US government will provide crack pipes to drug addicts. The claim stems from a reference to "safe smoking kits" in a document on grants to reduce harm from drug abuse, but both the Department of Health and Human Services and the White House say the government is not providing funding for pipes.

"JOE, WHAT ARE YOU PLANNING FOR BLACK HISTORY MONTH? FREE CRACK PIPES JACK," says text surrounding an image of a laughing President Joe Biden featured in a February 9, 2022 Facebook post that was updated following the publication of AFP's fact check. 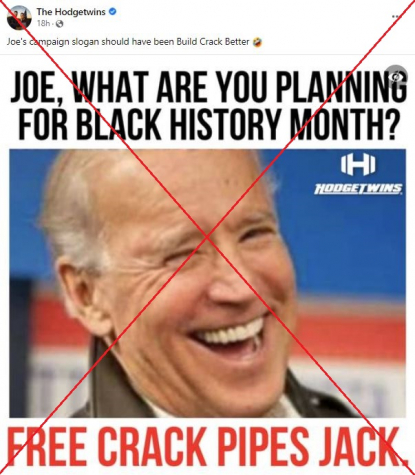 The claim appears to stem from an article by The Washington Free Beacon headlined: "Biden Admin To Fund Crack Pipe Distribution To Advance 'Racial Equity.'" The article says a spokesman told the publication that the "safe smoking kits" referenced in a document on a $30 million Health and Human Services (HHS) grant program would include pipes for crack and other drug use.

The claim was then picked up by other outlets, and also spread via posts on social media, some of which sought to link the alleged pipe distribution effort to Hunter Biden's history of drug use.

But government officials rejected the idea that federal money would go to pipes.

"No federal funding will be used directly or through subsequent reimbursement of grantees to put pipes in safe smoking kits," HHS Secretary Xavier Becerra and Office of National Drug Control Policy Director Rahul Gupta said in a statement.

"The goal of harm reduction is to save lives. The administration is focused on a comprehensive strategy to stop the spread of drugs and curb addiction, including prioritizing the use of proven harm reduction strategies like providing naloxone, fentanyl test strips, and clean syringes, as well as taking decisive actions to go after violent criminals who are trafficking illicit drugs like fentanyl across our borders and into our communities."

Sarah Lovenheim, assistant secretary for public affairs at the HHS, described the claim as "blatant misinformation," while White House Press Secretary Jen Psaki told reporters that crack pipes were "never a part of the kit; it was inaccurate reporting."

Asked what the kits do contain, Psaki said they may include "alcohol swabs, lip balm, other materials to promote hygiene and reduce the transmission of diseases like HIV and hepatitis."