Social media posts claim that a convoy heading to Canada's capital to protest Covid-19 vaccine mandates for truckers set a Guinness World Record for being the longest. This is false; the global authority on record-breaking said the honor is held by a parade that took place in Egypt in 2020, and specific conditions have to be met for an official record attempt to be registered by Guinness.

"The convoy in Canada has made the Guinness book of world records for the longest convoy," claims a January 24, 2022 Facebook post that has been shared almost 7,000 times. 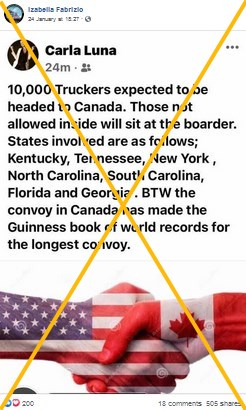 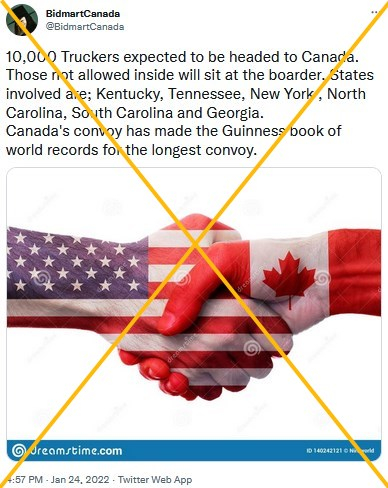 On January 23, 2022, local media reported that hundreds of truckers left the westernmost Canadian province of British Columbia, heading eastward to Ottawa in order to protest a Covid-19 vaccine mandate for cross-border truckers that entered into force on January 15, 2022.

Estimating the number of trucks taking part in the convoy is difficult, as smaller vehicles have joined in and some vehicles take part in only a limited portion of the days-long journey to the nation's capital.

But claiming that it "made the Guinness Book of World Records" for being the longest convoy is false.

A spokeswoman for Guinness World Records told AFP in an email that the "the current record for the Largest parade of trucks is 480 and was achieved by Tahya Misr Fund in 2020." 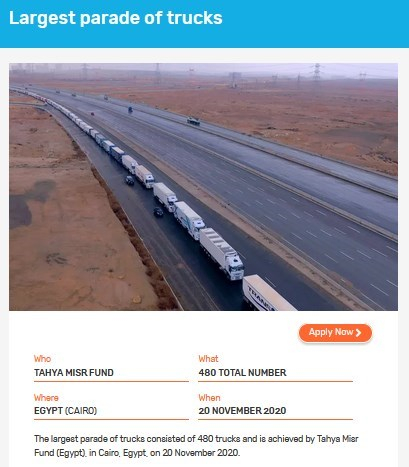 The spokeswoman added that the truckers' convoy in Canada "is not an official Guinness World Records title attempt."

In order for an event to be considered as record-breaking, an official application must be submitted to the organization beforehand, and a specific protocol must be followed, according to Guinness.