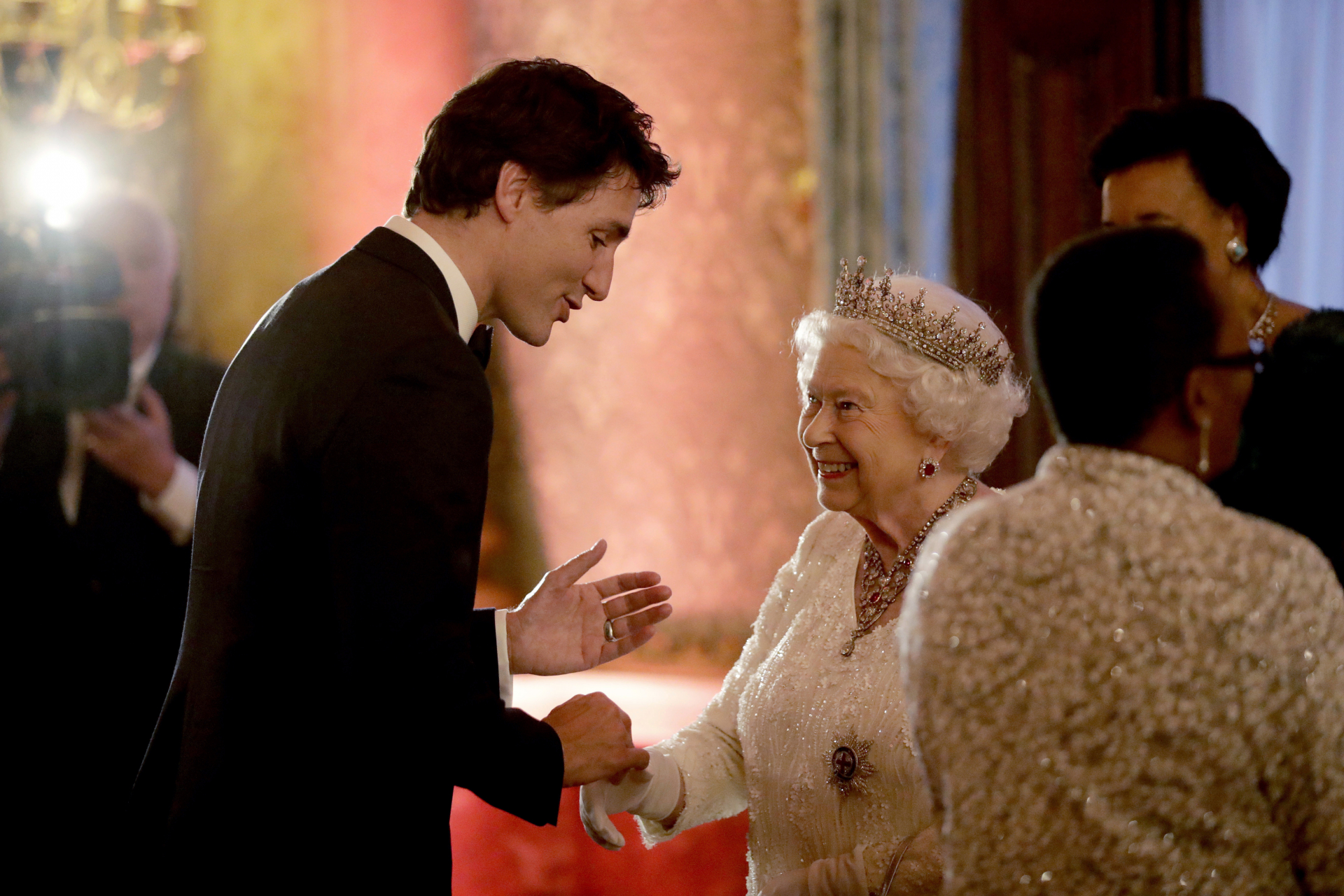 Social media posts claim public figures including Canadian Prime Minister Justin Trudeau, Britain's Queen Elizabeth, and Pope Francis have been convicted of genocide and face arrest over their support for Covid-19 vaccination. This is false; the Canadian government and independent experts say the document shared as evidence does not come from a legitimate court.

"Big Pharma, Government Leaders Face Arrest as Court Convicts them of Genocide, prohibits injections," says the title of a video posted on Rumble on January 15, 2022 that has been watched tens of thousands of times. 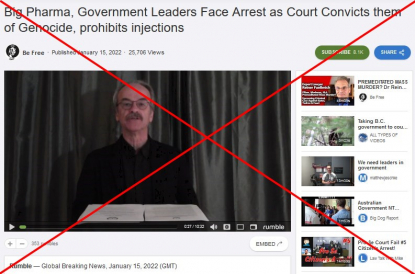 Screenshot taken on January 19, 2022 of a Rumble video

The video features a man named Kevin Annett, who elsewhere describes himself as one of the three national conveners of the Republic of Kanata, a self-proclaimed independent entity located within Canada's borders.

Annett presents himself in the video as a "chief advisor to the Common Law Court of Justice," and refers to an article he published that makes similar claims.

The article includes a document dated January 15 that says a "common law court" has convicted people including Trudeau, Queen Elizabeth and the chief executives of pharmaceutical companies Pfizer and GlaxoSmithKline of "Crimes against Humanity" over the shots. 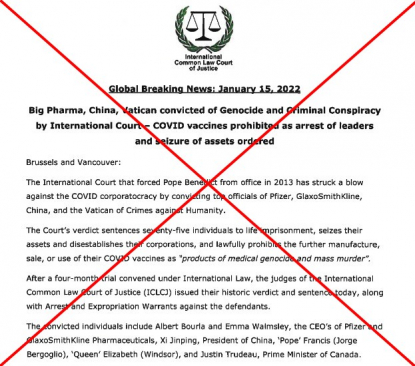 Screenshot taken on January 19, 2022 shows a document from murderbydecree.com

Ian McLeod, a spokesman for the Department of Justice Canada, told AFP: "The International Common Law Court of Justice is not a recognized international court, and has no authority in Canada."

Frédéric Mégret, professor of Law at McGill University, said: "The International Common Law Court of Justice is not an institution with judicial power and the measures announced in this document are only symbolic."

"They are not even 'measures' in the strict sense of the word because there is no authority to adopt them," he added.

Robert Currie, professor of law at Dalhousie University, agreed that the "document has absolutely no legal status or power whatsoever; it is entirely made up."

The document uses a logo that resembles the one from the International Criminal Court, a legitimate institution that "investigates and, where warranted, tries individuals charged with the gravest crimes of concern to the international community: genocide, war crimes, crimes against humanity and the crime of aggression," according to its website.

Here is a comparison of the two logos:

Screenshot taken on January 19, 2022 showing a logo on the icc-cpi.int website

Screenshot taken on January 19, 2022 showing a logo on the murderbydecree.com website

Confusion around the identity of the court was clear on social media, with some users referencing the Hague-based institution in posts sharing the document.

But Currie said: "There is no such court as the 'International Common Law Court of Justice.'"

This is not the first time a document traceable to Annett has been shared on social media. In September 2020, AFP Fact Check found claims that Canadian Covid-19 mitigation measures were "illegal" to be false.

Stephane Shank, a media relations officer with the Canadian government, previously said the "'Republic of Kanata' is not a legitimate government or lawmaking body."