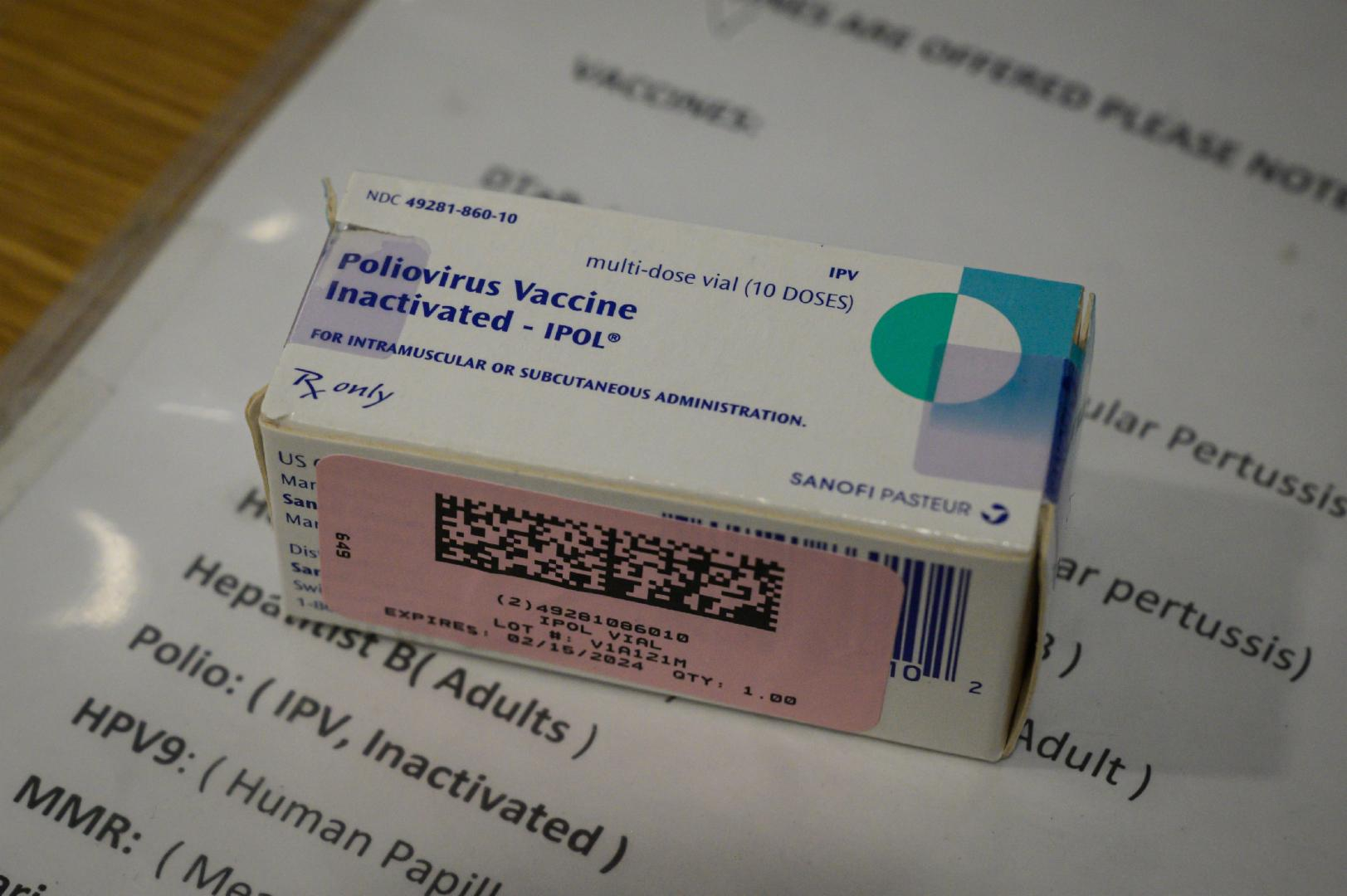 A polio vaccine box is displayed at a health clinic in Brooklyn, New York on August 17, 2022 ( AFP / Ed Jones)

Polio is caused by virus, not DDT

Polio, a debilitating and life-threatening disease caused by a virus, has been largely eradicated in many parts of the world as a result of vaccination programs. Social media posts say the decline came from banning the pesticide DDT, a claim that has no scientific basis, according to health officials and medical experts.

"Polio stopped when they stopped dousing the population woth DDT not some injection," said a misspelled Instagram post on January 22, 2023.

A video on the Odysee platform suggesting the polio link to a virus was "fraud" was reshared on Twitter as "evidence that 'polio' was caused by DDT, not a virus." 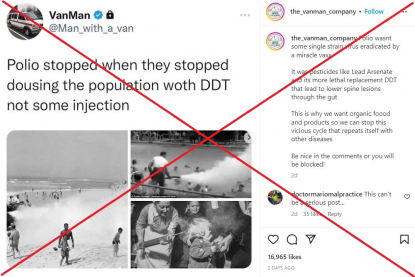 But medical research on polio dates back at least to the 19th century and two Austrian scientists identified the cause as a virus in 1908, according to a Journal of Virology article by German virologist Hans Eggers. This predates the use of dichlorodiphenyltrichloroethane (DDT), the first of the modern insecticides developed in the 1940s.

Polio outbreaks were frequent in the early 20th century and the most well-known person to be infected was Franklin D. Roosevelt, diagnosed in 1921.

In 1954, three scientists won a Nobel Prize for their research on the poliomyelitis virus, which paved the way for a vaccine. The first vaccine was approved in the United States in 1955 and led to a sharp decline in polio.

Polio has been effectively eradicated in the United States as a result of extensive vaccination, although some cases appear in individuals coming from other countries, according to the Centers for Disease Control.

Globally, immunization and surveillance efforts have cut the number of wild polio infections by 99 percent since 1988, according to the World Health Organization, with just six cases reported in 2021.

Walter Orenstein, an Emory University professor of medicine specializing in infectious diseases who has also worked with the CDC, said he was "shocked" by the DDT claim, saying it contradicts decades of scientific research on polio.

"Unfortunately, polio is still circulating worldwide and is not yet eradicated globally. It is not caused by a toxin but by a virus, the poliovirus," Orenstein told AFP in an email.

Orenstein said some cases of the most severe type 1 polio are being detected in Pakistan and Afghanistan "and there have been recent importations of the virus into Africa in places that had previously eliminated it."

He said the best way to eradicate polio "requires getting vaccines to all persons for whom they are recommended."

Vincent Racaniello, a Columbia University professor of microbiology and immunology who has studied polio for more than 40 years, agreed there is no connection with DDT.

"The reduction of cases is entirely due to vaccination, DDT has nothing to do with poliovirus," Racaniello told AFP.

The United States banned DDT in 1972 based on research showing it is a possible carcinogen, may cause vomiting, tremors or seizures in humans, and affect the liver and reproduction in animals.