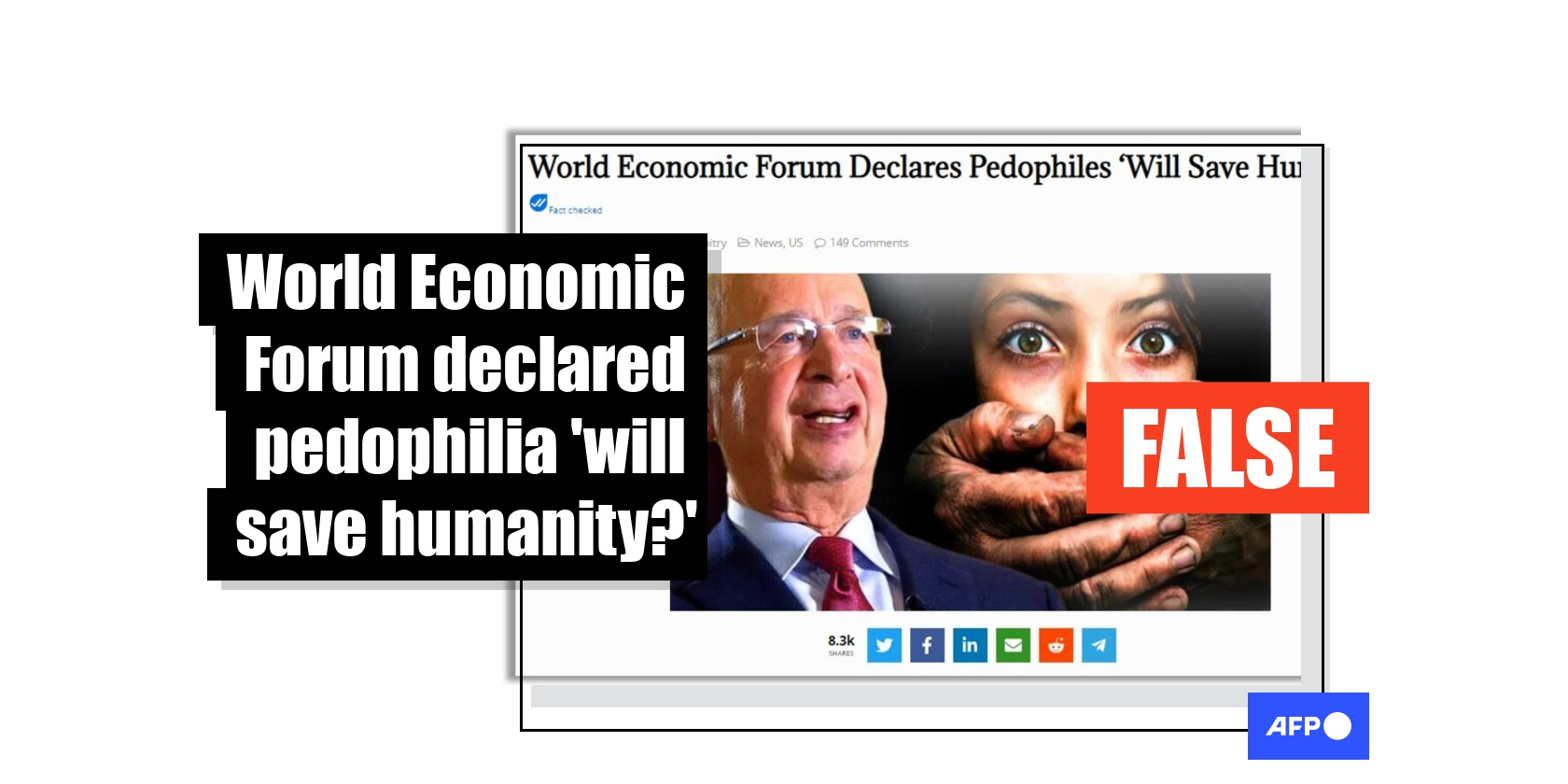 Online articles and social media posts claim the World Economic Forum (WEF) has released a statement endorsing pedophilia. This is false; a spokesperson for the Geneva-based organization said the accusations are "completely made-up," and they were published by a website that has previously spread misinformation.

"World Economic Forum Declares Pedophiles 'Will Save Humanity,'" says a January 3, 2023 headline from NewsPunch, claiming this was from a research paper presented at the WEF in Davos, Switzerland.

The website, formerly known as YourNewsWire, has published misinformation and conspiracy theories in the past. Its article claims the WEF is "now calling for the decriminalization of sex with children." 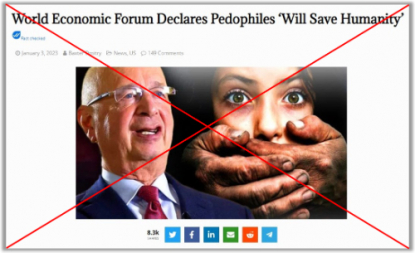 The WEF, an international lobbying organization that focuses on the global economy, is the subject of numerous conspiracy theories, including claims that it helped plan the Covid-19 pandemic.

Accusations that the WEF promoted pedophilia in a statement are similarly inaccurate -- and they echo rhetoric from the baseless QAnon conspiracy theory, which centers on accusations of child exploitation.

"The World Economic Forum has never made any statement about this," a spokesperson told AFP.

In its article, NewsPunch attributes a quote describing pedophilia as "nature's gift" to humanity to Klaus Schwab, economist and founder of the WEF. However, the spokesperson said the statement is "completely made-up" -- and AFP found no record of such a quote.

However, AFP found no such post on live or archived versions of the WEF's page. The spokesperson confirmed the image is fabricated and that the organization "never published such a tweet."

A disclaimer on NewsPunch's website says it makes "no representations about the suitability, reliability, availability, timeliness, and accuracy of the information, software, products, services and related graphics contained on the site for any purpose."

AFP has fact-checked other misinformation about the WEF here.