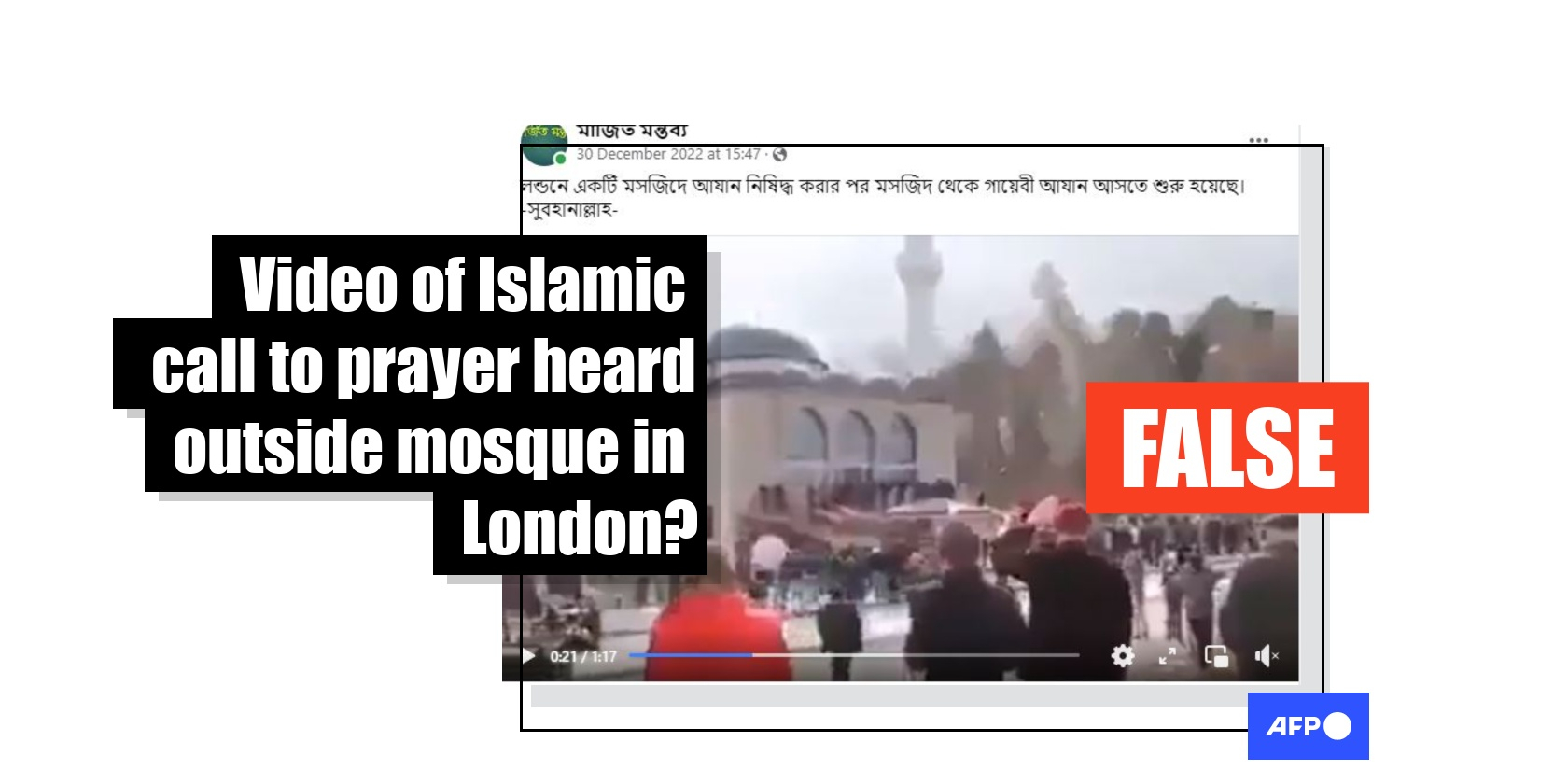 The one-minute 17-second clip shows people gathering outside a mosque while the Islamic call to prayer -- known as adhan in Arabic -- can be heard.

The post's Bengali-language caption claims the call to prayer is "miraculously heard" despite a "ban" in London.

A person can also be heard in the video saying in Hindi that this mosque in England had been sealed and Muslims were not allowed to worship there, but the call to prayer could still be heard during prayer times. 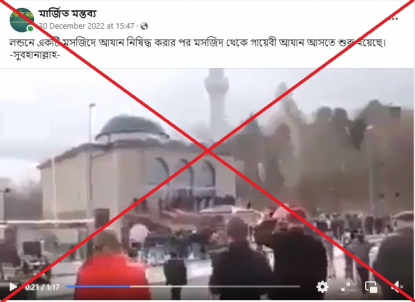 The video was also shared more than 7,000 times elsewhere on Facebook here and here.

The video, however, does not show the call to prayer being broadcast from a mosque in the United Kingdom; it was in fact taken outside a mosque in Sweden's capital Stockholm in 2013.

A reverse image search on Google led to a video that was posted on video-sharing website Dailymotion here in June 2013.

The video is also one-minute 17-seconds long, and shows people gathered outside a mosque as the Islamic call to prayer sounds.

It differs from the video shared on social media as it does not include someone speaking in Hindi repeating the false claim that this is a mosque in the United Kingdom.

The Dailymotion video is titled, "Swedish Mosque Gets Azan Permission For First Time in History".

"Azan" is an alternative spelling for adhan.

The description of the Dailymotion video reads: "A mosque in a Stockholm suburb has been given the green light to issue Friday prayer calls from its minaret, the first mosque to do so in Sweden."

"The association had sought permission to issue on Friday prayer calls from its mosque in the suburb of Fittja, part of the Botkyrka municipality," it adds.

Below is a screenshot comparison of the video used in the misleading Facebook post (left) and the video posted on Dailymotion in 2013 (right):

Screenshot comparison of the video used in the misleading Facebook post (left) and the video posted on Dailymotion in 2013 (right):

AFP located the mosque and where the video was filmed on Google Street View here.

A similar video was also uploaded on YouTube on May 1, 2013 with the title, "First Azan - Muslim call to prayer in Stockholm - Sweden".

AFP also reported on the Fittja mosque being the first in Sweden to be allowed to broadcast the amplified prayer calls on April 11, 2013.

Responding to a petition about allowing the broadcast of calls to prayer from mosques in October 2016, the UK's Department of Communities and Local Government said this should be discussed with local authorities.

Several mosques in the London borough of Waltham Forest were given permission to broadcast a public call for prayer in May 2020 during a Covid-19 lockdown, according to the Waltham Forest Islamic Association.

Councillors in Stockton in northern England also decided in November 2022 to allow a local mosque to play the adhan once every week, according to the BBC.

But the BBC reported in January 2022 that the Peterborough city council rejected a similar request in January 2021 on concerns over the noise.