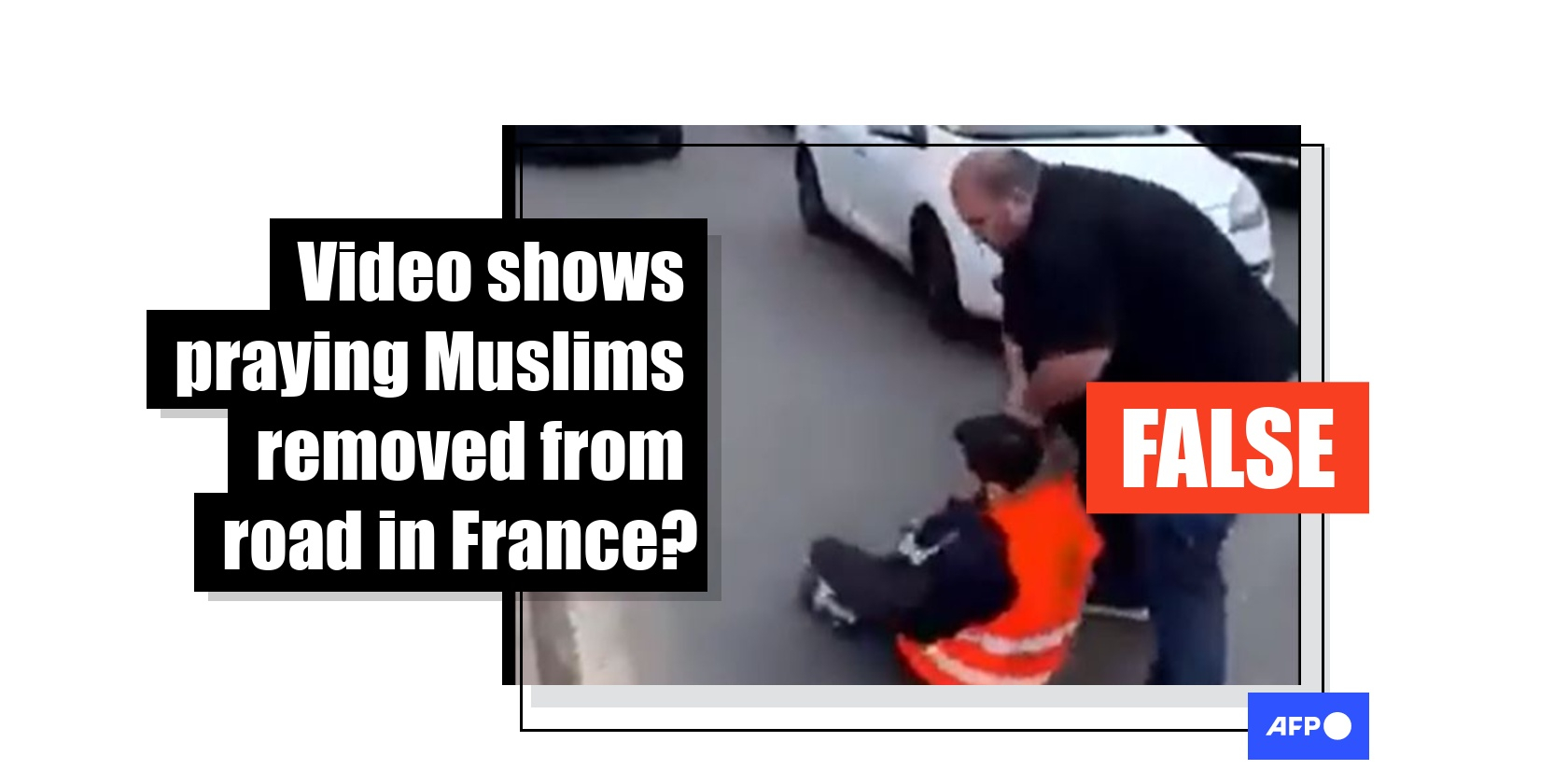 A video has been viewed thousands of times in multiple posts on Facebook, Twitter and YouTube that falsely claim it shows praying Muslims being forcibly removed from a road in France. In fact, the clip shows climate activists from French protest group Dernière Rénovation being removed during a sit-in demonstration in Paris.

The 55-second video shows at least two men lifting and dragging a line of people wearing orange vests who are blocking traffic on a busy road.

It was viewed more than 200 times after being shared on Twitter here on December 22, 2022.

The post's caption reads: "France. People are getting down from their cars and clearing the road occupied by the Namazis."

"Namazi" is a slang term for devout Muslims offering prayers. 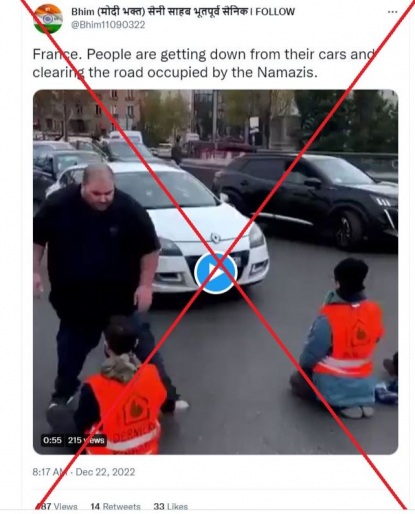 Screenshot of the misleading post taken on December 27, 2022 ( AFP)

One man dressed in a black T-shirt and jeans can be heard using expletives in French as he tells the protesters to move off the road as "they are annoying."

The Arabic-language title translates to English as: "Pedestrians in France forcibly remove environmental activists from the road."

A news article published on December 2, 2022 by the website for the UK's The Daily Express newspaper used screenshots from a similar video reporting that climate activists were being removed from the streets in Paris.

Below is a screenshot comparison of the video in the false post (left) and the Sky News YouTube video (right): 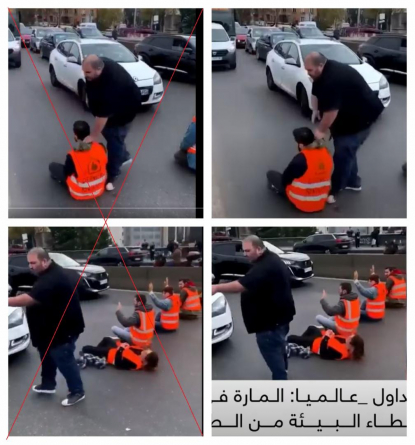 A closer analysis of the logo and text on the back of the orange vest worn by one of the activists shows the words "Dernière Rénovation", which translates to English as "Last Renovation."

This refers to a group of climate activists who have been staging sit-in protests in France, calling on the government to go further in its efforts to tackle climate change.

AFP has previously reported on the group's protests here and here.

Below is a screenshot comparison of the logo on the vest from a misleading post (left) and an image from a Dernière Rénovation Twitter post (right): 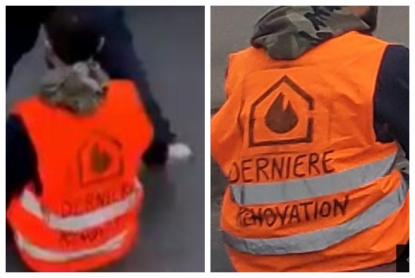 Screenshot comparison of the activists' vest taken on December 27, 2022. ( AFP)

This photo was uploaded by the group on November 26, 2022, and shows a corresponding street to the one seen in the video in the false posts.

AFP found the video in the false posts was recorded here on the Pont de Saint-Cloud, a bridge on the outskirts of Paris.

Below is a screenshot comparison of the video in the false posts (left) and the same bride seen on Instant Street View (right):