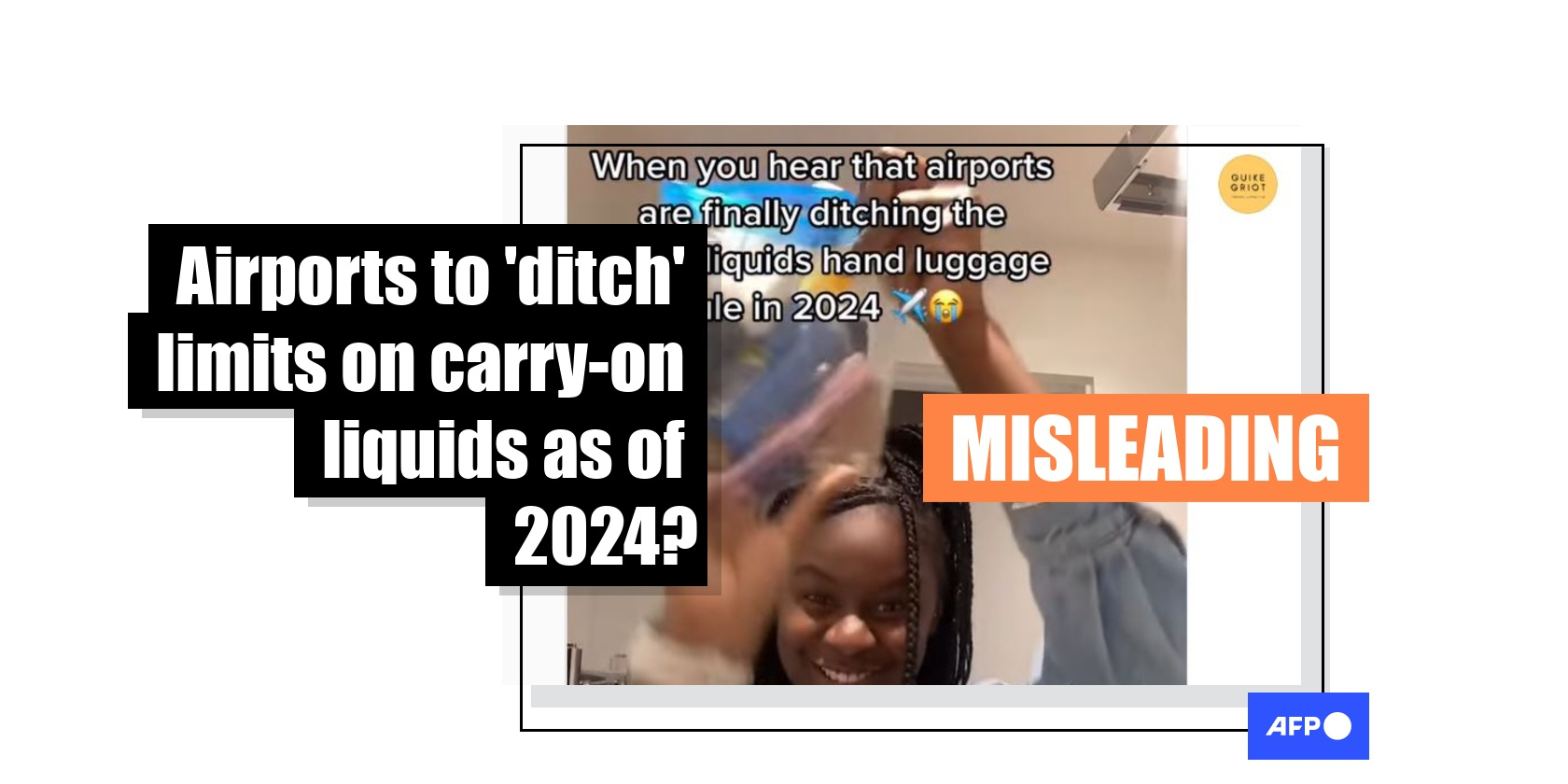 A video viewed millions of times on social media claims airports "across the world" will end the 3.4-ounce (100 ml) limit for liquids in carry-on items by 2024. This is misleading; the United Kingdom announced such a measure, but this has not been adopted globally.

"When you hear that airports are finally ditching the 100ml liquids hand luggage rule in 2024," says text in a short clip shared December 4, 2022 on Instagram. 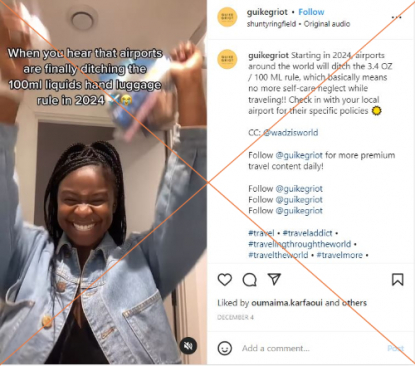 The clip comes from TikTok, where it gathered nearly five million views. But the claim is misleading.

The UK government announced December 15 that, by summer 2024, air travelers will no longer be limited to carrying liquids under 100 ml in their carry-on luggage. Passengers will be permitted to take bottles of up to two liters on board with them.

However, this policy change -- reported by The Times newspaper in the UK on November 23 -- has not been announced worldwide.

"At present, the UK is the only country to announce it will ease the restrictions on carrying liquids," Kalliopi Lazari, senior communications specialist for the International Air Transport Association, told AFP.

In the US, liquid volume restrictions are still in effect nationwide -- and there is no publicly announced plan to change them.

Some airports outside the UK, including Amsterdam Airport Schiphol in The Netherlands, have also rolled out CT technology to ease their liquid carry-on policies at security checkpoints.

A Transportation Security Administration (TSA) spokesperson told AFP on December 21 that CT technology is being deployed at airports in the US as well, but that "we are years away from announcing a change to the current liquids rule."

The spokesperson added: "Passengers with exceptions, such as people traveling with infants, nursing parents or travelers with medical needs, may carry on liquids exceeding 3.4 ounces. However, TSA requires additional screening to ensure the safety of these liquids. Travelers in this group should notify security of their medically necessary liquids."

Liquid carry-on rules were tightened internationally after British authorities in August 2006 foiled an alleged plot to blow up US-bound airliners using explosives smuggled in drinks and other containers.