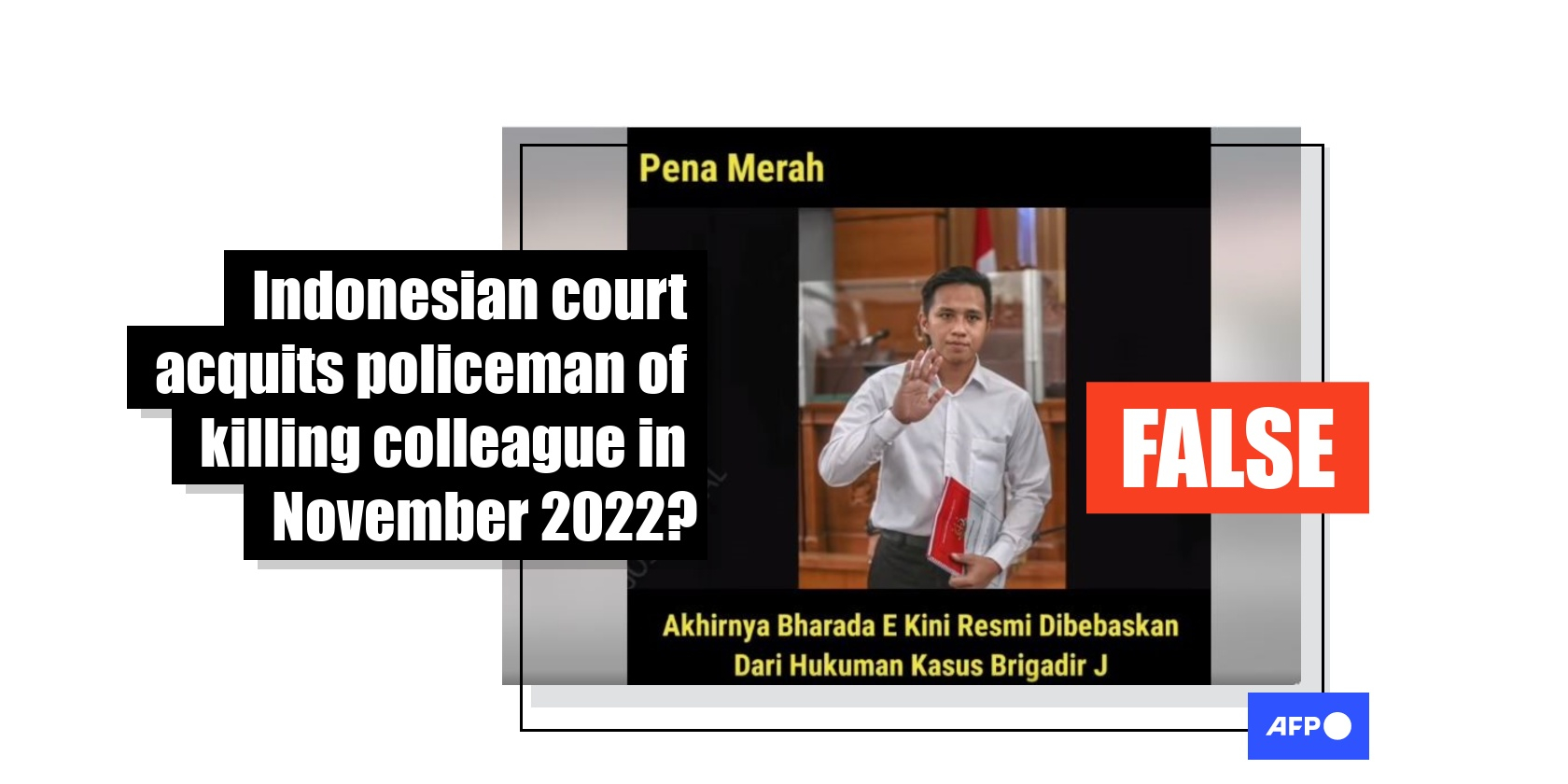 Multiple videos have racked up more than a million views after they were shared in Facebook posts that falsely claimed an Indonesian court has acquitted a policeman accused of murdering his colleague in November 2022. A spokesperson for a Jakarta court which hears the case told AFP that the trial is still ongoing, as of December 7, 2022.

"Finally Bharada E Is Officially Acquitted in Brigadier J Case," reads the Indonesian-language caption of this video, posted on Facebook on November 13, 2022.

Text superimposed on the video repeats the claim in the caption.

The five-minute, 26-second footage, which contains various news clips of Eliezer's trial, has been viewed more than 610,000 times since. 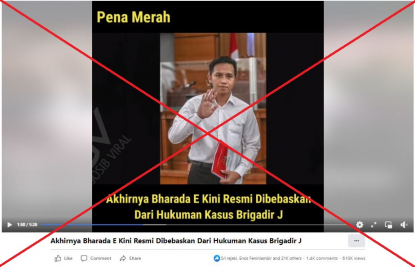 During the trial, Eliezer also acts as a "collaborator of justice", cooperating with justice authorities by giving testimony about the murder case that has named his boss, Ferdy Sambo, as a suspect -- and the mastermind -- of the killing.

Sambo, former head of internal affairs for Indonesia's national police, was accused of ordering Eliezer to shoot Yosua, who is also his subordinate, before shooting the wounded victim again himself.

Nine other people, including Sambo's wife, his driver and other police officers, are also on trial for the murder case.

A similar claim also circulated in other videos posted on Facebook, such as here, here, here and here, garnering more than 718,000 views.

Contacted by AFP on November 30, 2022, the South Jakarta District Court spokesman Djuyamto said: "The trial of Richard Eliezer started on October 17, 2022" and "is still ongoing".

"It's expected that the verdict will be issued in mid-January," he added.

As of December 7, 2022, the South Jakarta District Court's website shows the status of Eliezer's trial is still listed as ongoing.

The court is set to hear witnesses' testimony in a hearing on December 7, 2022.