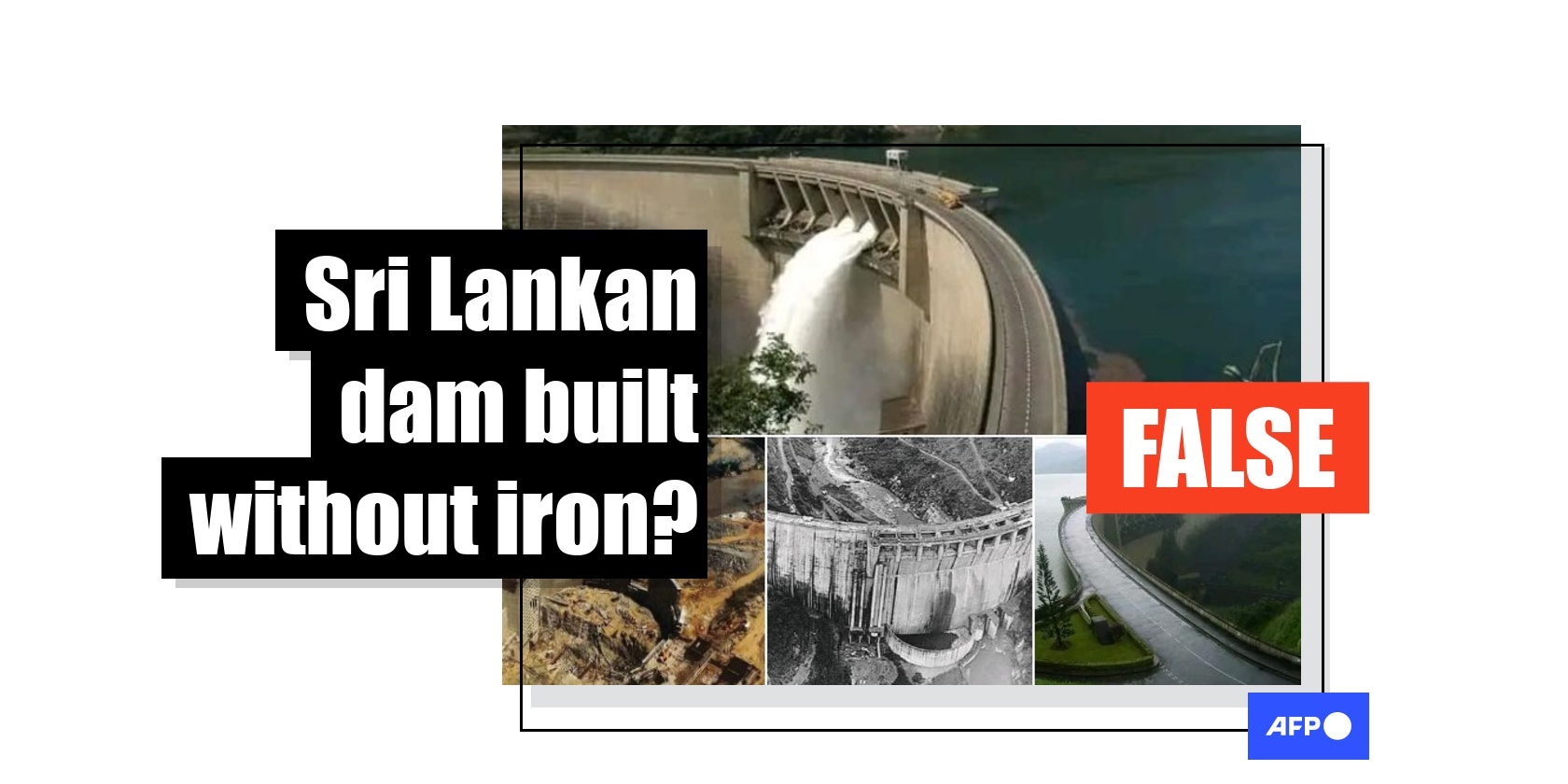 Photos of Sri Lanka's Victoria Dam have been shared hundreds of times in social media posts that falsely claim it was constructed without iron. But authorities said iron was used to build the dam, particularly to reinforce the strength of certain parts. An engineering expert told AFP that although it is possible to build structures without iron, this was not the case for Victoria Dam.

The claim was shared here on Facebook on November 1, 2022 alongside four photos that show Sri Lanka's Victoria Dam.

The Sinhala-language claim reads in part: "No iron was used to construct this dam. We always believe the strength of a construction comes from iron. But in this dam, no iron was used."

The lengthy claim goes on to list facts about the dam, such as its history, structure and features. 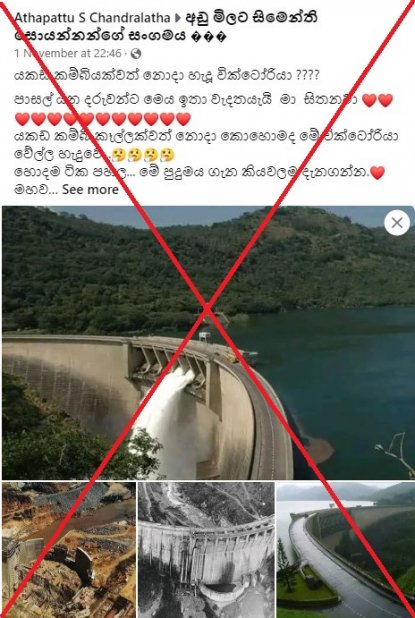 The dam was named after Britain's Queen Victoria and is the tallest in Sri Lanka. It opened in 1985 and created the Victoria Reservoir, which generates hydroelectricity and provides irrigation for farmers in its vicinity.

The identical claim was shared on Facebook here and here.

Victoria Reservoir deputy director Wasantha Ahalapitiya said the claim is inaccurate, adding that iron was used to build the dam.

"[For instance] A large amount of iron was used in the top portion of the dam where the spillways are fixed," Ahalapitiya told AFP on November 10.

"This claim emerged after an exaggerated and inaccurate comment made by a staff member [of the dam] several years ago to a group of visitors [to the dam]. He lacked technical knowledge on the engineering aspects and therefore he made misleading comments," he added.

"Iron was used to construct the dam, particularly for reinforcing the strength of it in certain areas," Rathnayake told AFP on November 10. "This claim has been circulating for several years now, but there is no truth to the claim."

Ranjith Dissanayake, a senior professor at the Department of Civil Engineering at the University of Peradeniya, said although it is possible to build structures without iron, this was not the case for the Victoria Dam.

"Iron was used for certain elements [of the dam] such as sluice gates," Dissanayake told AFP on November 14.