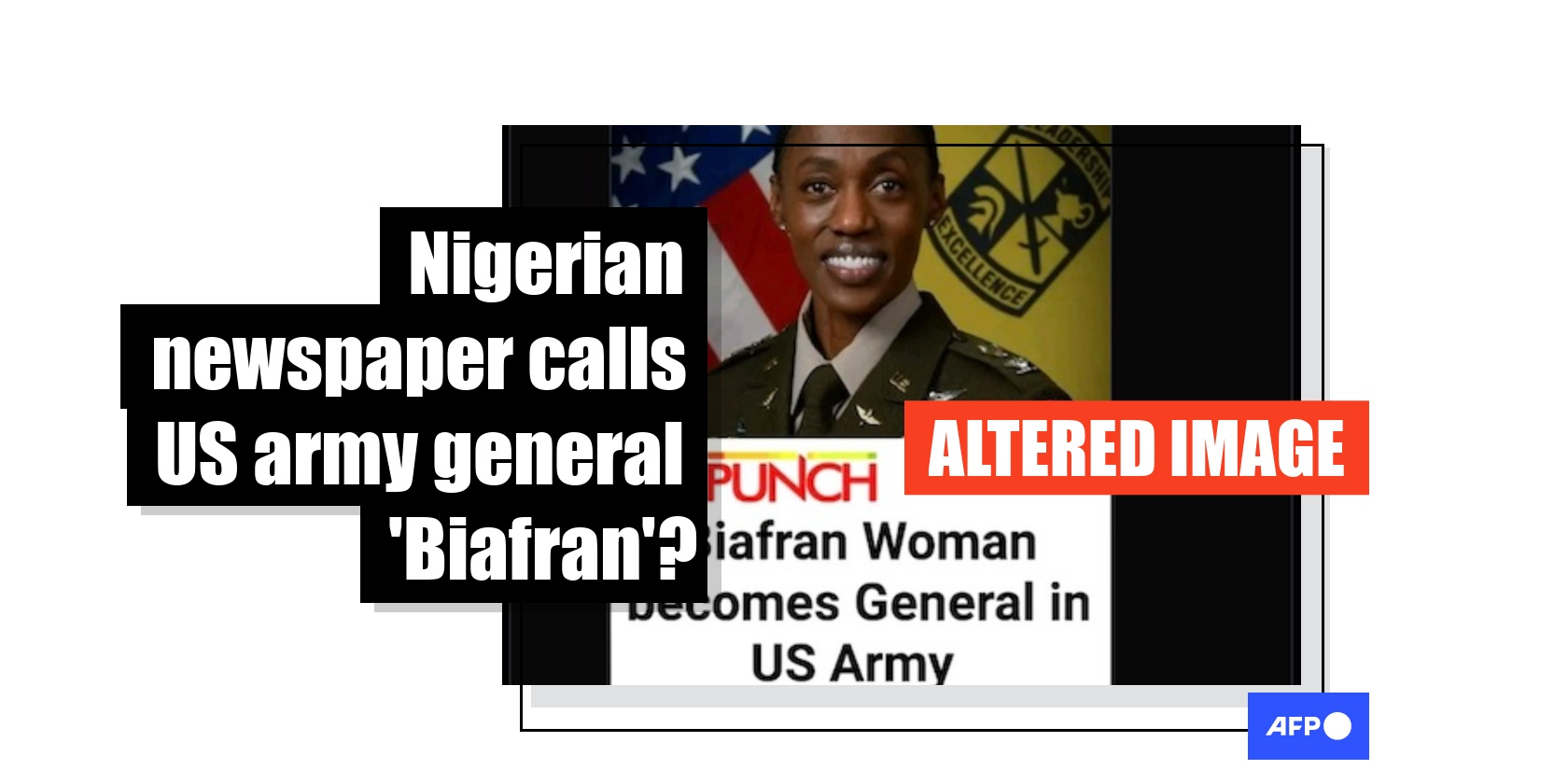 Nigerian media outlets reported on the promotion of USarmy officer Amanda Azubuike from the rank of lieutenant colonel to brigadier general in early November. Several social media posts claimed to show a screenshot of one such report by a national newspaper describing Azubuikeas as a “Biafran woman”, in reference to the separatist movement in Nigeria's southeast. But AFP Fact Check found that the headline was altered, with the original version calling her “Nigerian”.

The misleading screenshot shows the image of a woman in military uniform with the US flag in the background. The logo of Nigerian newspaper Punch is seen above the altered headline.

“Col. Amanda Azubuike. has been promoted to Brig Gen of US Army, She was born in UK to an Igbo Biafran father from idiaato Imo state & Zimbabwe mother (sic),” reads the tweet shared on November 3, 2022. 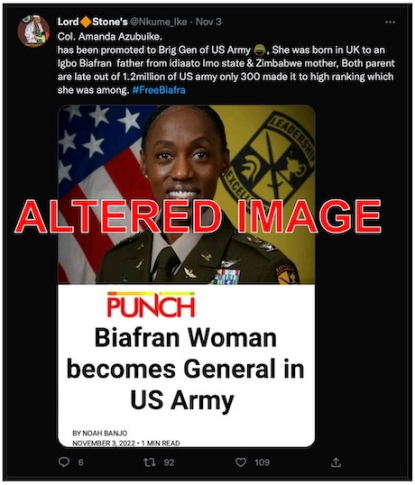 A screenshot of the false tweet, taken on November 7, 2022

The account behind the post has a history of publishing content sympathetic to a separatist group known as the Indigenous People of Biafra (IPOB) and its leader, Nnamdi Kanu.

IPOB is pushing for the independence of Nigeria’s southeast - the same region where Azubuike’s father came from, according to the misleading post.

The organisation has a history of spreading disinformation and has been the subject of various debunks by AFP Fact Check.

Calls for a separate state of Biafra remain a hot-button topic in Nigeria more than half a century after secessionist leader Chukwuemeka Ojukwu declared the independence of the country’s southeast in 1967. This was followed by a brutal 30-month civil war.

Though the breakaway state has since rejoined the rest of the country, members of IPOB and those sympathetic to its cause still refer to themselves as Biafrans.

However, the headline describing Azubuike as Biafran is false.

The search results showed three articles, two of which reported Azubuike’s promotion to brigadier general. They described her either as a “Nigerian woman” or a “Nigerian-born woman”.

Using the date, byline, and photo seen in the altered screenshot, AFP Fact Check traced the original headline to this story published on November 3, 2022, with the title "Nigerian woman becomes General in US Army".

The article itself did not refer to Biafra and says Azubuike was born in London. 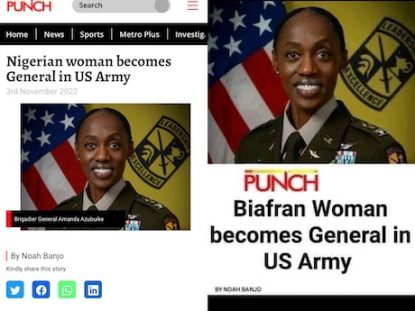 Screenshot of the original Punch article (left) and the altered screenshot

While her official citation does not mention her place of birth and parentage, Nigerian media outlets The Cable and Channels TV reported that Azubuike was born in the United Kingdom to a Nigerian father and a Zimbabwean mother.