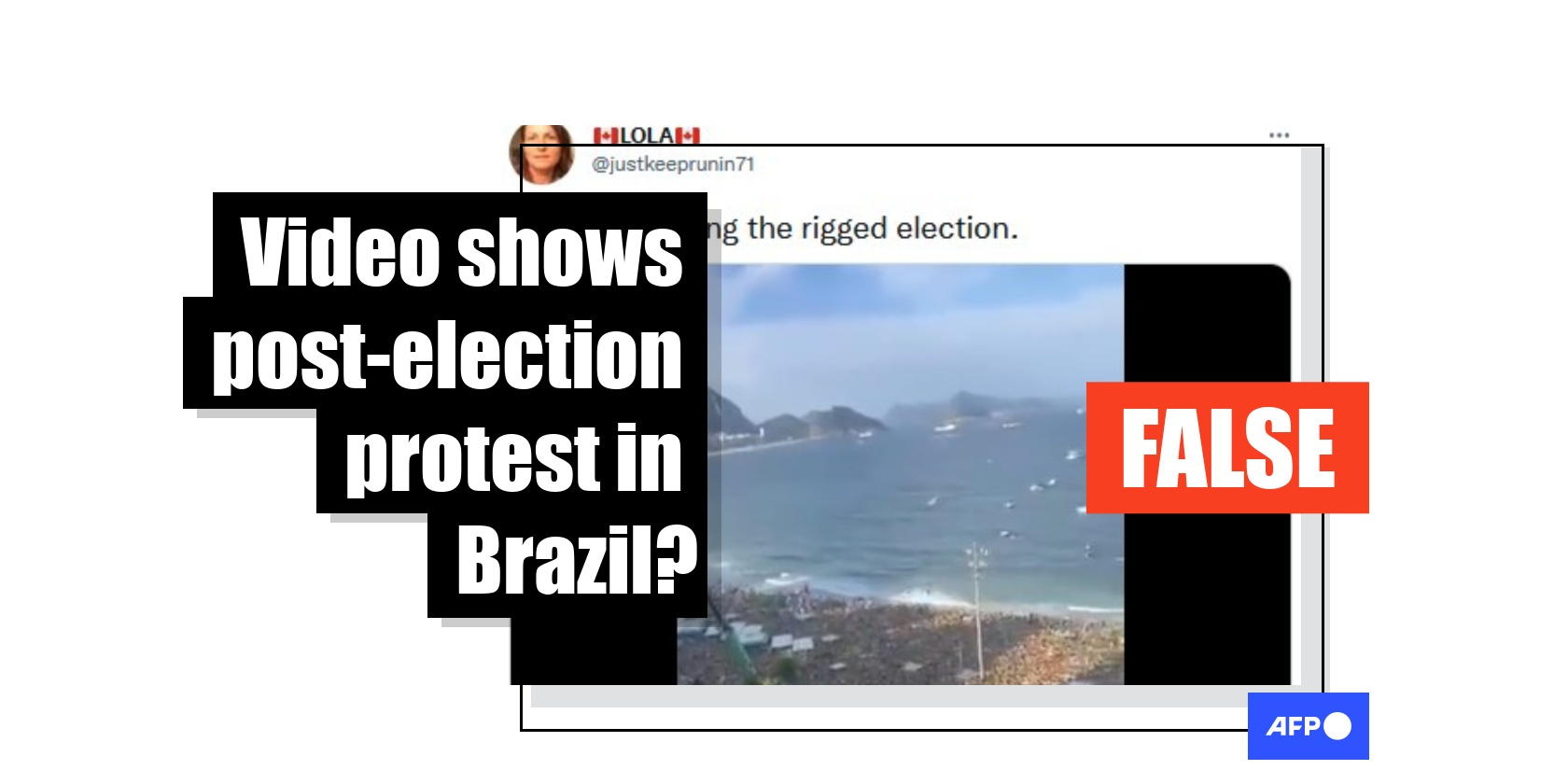 Supporters of Brazil President Jair Bolsonaro have blocked roads and held protests following his election loss to Luiz Inacio Lula da Silva, but a video claiming to show a massive demonstration is being shared in a false context on social media. The footage was shot during an Independence Day event in support of Bolsonaro in September, weeks before the election. 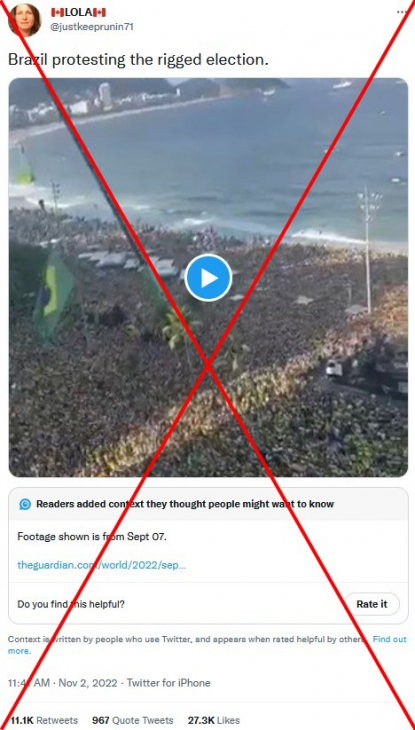 On October 31, 2022, Brazil's leftist leader and former president Lula claimed victory over Bolsonaro in the country's tightest election race yet. Tens of thousands of Bolsonaro's supporters created blockades on main highways and rallied in front of military installations in Brazil's major cities to protest the result.

But the video circulating online does not show such a protest.

A reverse image search using a screenshot from the clip revealed a tweet sharing the same video was published September 11, 2022. The post says in Portuguese that the footage was shot in Copacabana on September 7, 2022.

News outlets published similar footage and pictures of a pro-Bolsonaro rally held on September 7 -- Independence Day -- on the beach in Copacabana to celebrate the bicentennial of Brazil.

AFP published footage from the event and reported supporters had "flooded the avenue along iconic Copacabana beach." 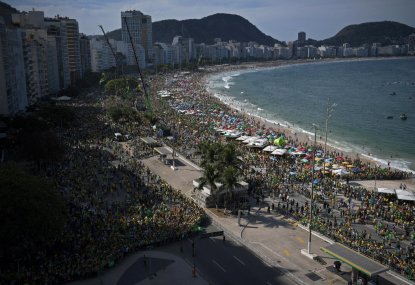 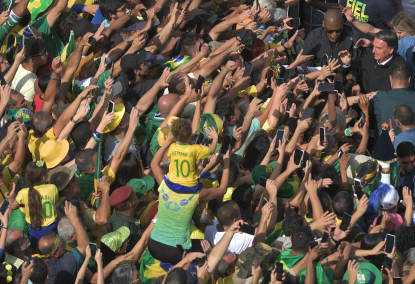 On November 3, Bolsonaro urged supporters to lift their roadblocks, but fears remain that Brazil will face turbulent times until Lula is sworn in.