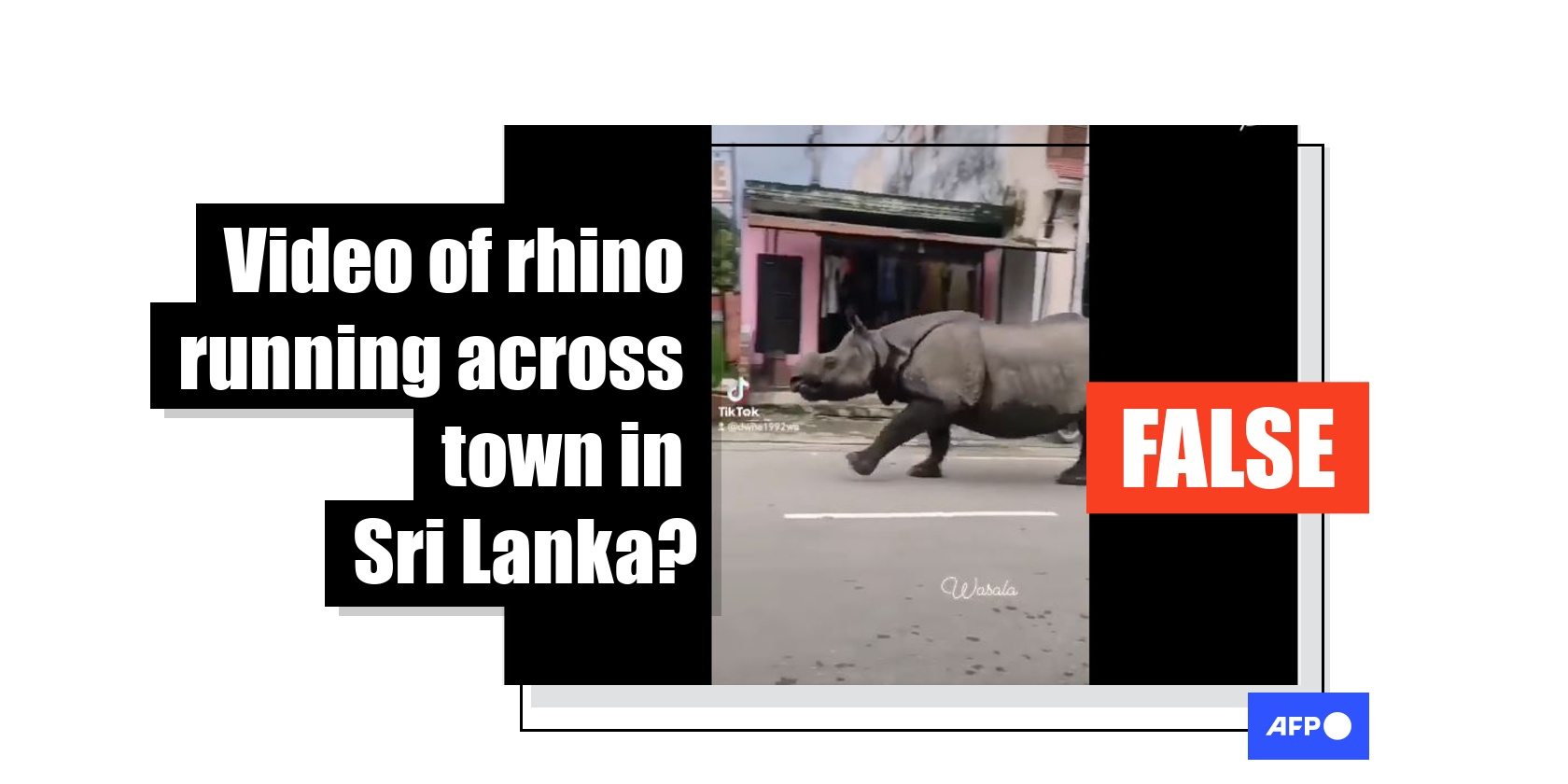 Video of rhino charging down a street was filmed in Nepal, not Sri Lanka

A video of a rhinoceros running along a road in a town has been falsely shared thousands of times on Facebook and TikTok by users who claimed it was filmed in Sri Lanka. The video was in fact taken in a central Nepalese town, which is home to a national park inhabited by rhinos, among other tropical animals.

The Sinhala-language caption translates as: "A rare incident that occurred in Warakapola."

Warakapola is a town in western Sri Lanka. 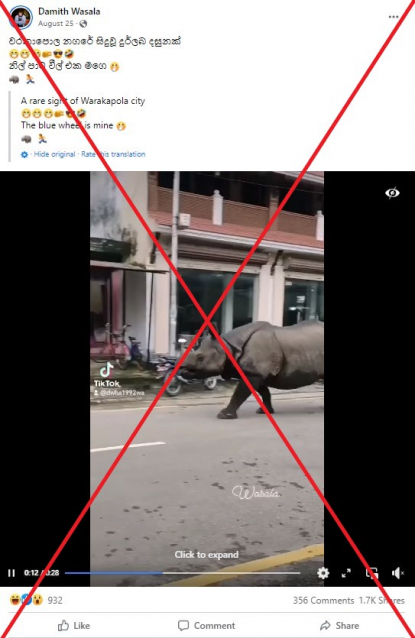 "Which zoo did this animal escape from?? Where are the wildlife officers? They are nowhere to be found when needed!" one wrote.

Another said: "What is the update? Hope the wildlife officers didn't end up killing this animal too."

However, the video has been shared in a false context: it was in fact taken in the town of Sauraha in Nepal, which is known as the eastern gateway to Chitwan National Park. The park is home to one-horned rhinos and other tropical animals.

The video in the misleading posts can be seen from the eight-second mark of the YouTube video.

Below are screenshot comparisons between the misleading clip (left) and the video posted by Ticker News (right): 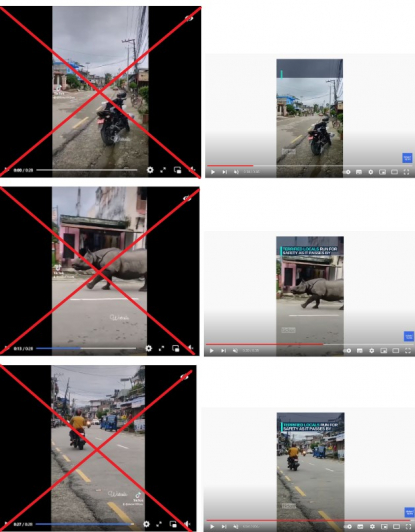 AFP was able to further confirm the video was taken in Nepal using elements seen in the video.

A licence plate on a motorcycle seen at the start of the clip shows the vehicle is registered in Nepal's Bagmati province.

At the 13-second mark, the rhino dashes past a signboard that reads "Red Horse", which is a pub in Sauraha.

Another image uploaded to Google Maps on May 2022 at Friends Cafe near the Red Horse pub shows a scene corresponding to the 19-second mark of the video.

Below is a screenshot comparison of the scene in the clip of the rhino (left) and the image uploaded to Google Maps (right), with similarities marked out by AFP: 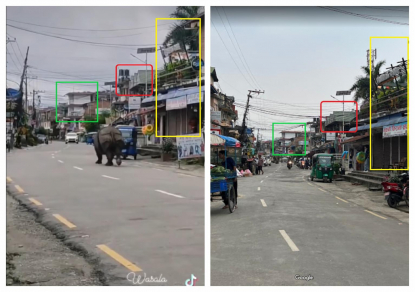 Screenshot comparison of the scene in the Rhino clip (left) and the image uploaded to Google Maps (right), with similarities marked out by AFP

Most of Nepal's one-horned rhinos are found in Chitwan National Park, according to the WWF, as well as reports by British newspaper The Guardian and environmental news outlet Mongabay.

Further keyword searches found similar videos of rhinos running through Sauraha, such as this January 2020 video posted on YouTube, here.