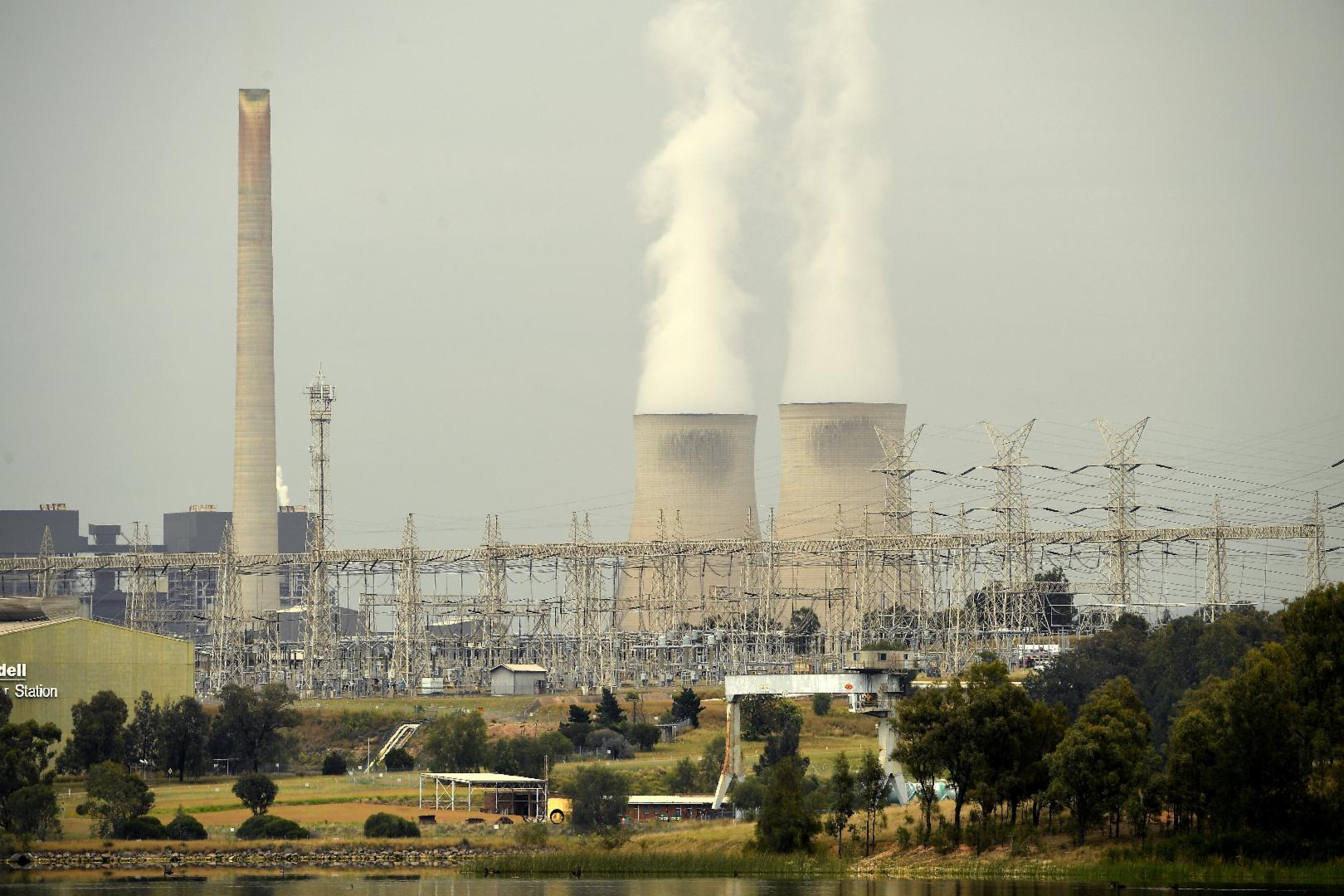 Australia's energy crisis can be mitigated by investing in renewable energy sources rather than relying on coal, experts said. ( AFP / Saeed KHAN)

Australian politicians and social media users have shared the misleading claim that the country's energy crisis is a sham since Australia has "enough" fossil fuels to power up the country indefinitely. Soaring energy prices and widespread blackouts threaten Australia despite being one of the world's biggest coal and gas producers. Multiple experts say Australia's reliance on fossil fuels actually contributed to its energy crisis -- and warn the country's current energy mix leaves it vulnerable to future energy shortfalls.

"The idea that we are in an energy crisis is criminal," reads a Facebook post shared on October 11 by Josephine Cashman, who ran as a candidate for the right-wing One Nation party in the state of New South Wales.

"We have enough coal, oil, gas and uranium in Australia to keep the lights on until the sun goes out," it says. 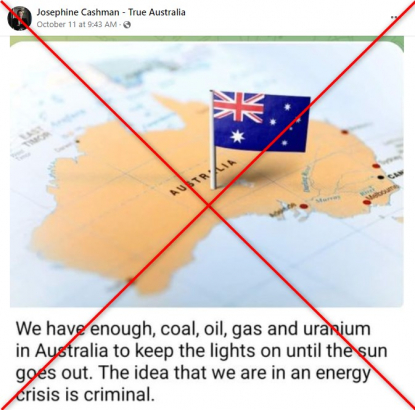 The claim began circulating online as Australia's energy regulator suspended the country's electricity market in June to stave off blackouts.

These posts, however, omit important context about Australia's energy crisis.

Australia is one of the world's biggest producers of gas and coal but about a quarter of coal-fired power stations in its densely populated east coast went offline in June because of outages and maintenance.

Household enery bills have also skyrocketed, according to a report by the Australian Associated Press.

Experts say this reliance on fossil fuels is a major factor in the current energy crisis.

"Due to the way the market operates, gas plant often sets the wholesale price, and so the very high international gas prices that Australia has been exposed to over the past eight months has had a major effect, as well as high prices for thermal coal," Roger Dargaville, deputy director of Monash University's Energy Institute, told AFP.

Russia's invasion of Ukraine has seen export demand for Australian gas spike, mopping up any potential surplus that could ease the domestic shortfall.

Roc Shi, president of the International Society for Energy Transition Studies, told AFP: "Australia's coal and natural gas are all linked to the international markets, the high international prices will be reflected in the domestic markets."

Energy expert Richie Merzian of The Australia Institute said the country's balance needs to shift to avoid these kinds of crises.

"As long as Australia remains dependent on gas and coal, Australian consumers will be over the barrel of global fuel prices influenced by events beyond our control," he said.

"Adopting renewables helps to reduce exposure to the energy crisis, not increase it," he said.

"If we had more renewables then we might be using less gas and energy costs could be lower," Dargaville separately told AFP.

A study published in September in the monthly peer-reviewed scientific journal Joule conducted a simulation of probable costs of renewable energy.

It found that "a rapid green energy transition is likely to result in trillions of net savings".

Autralia's energy resources, while vast, are also not infinite as the misleading posts claim.

The country's reserves of black coal, which contains the highest levels of carbon, are estimated to last just over 160 years at 2020 production rates. Conventional gas is estimated to have a resource life of about 40 years, while crude oil only has an estimated 17 years.

Uranium -- used in generating nuclear power -- has about 210 years of resource life, but exports are expected to decline by 20 percent in the medium term after the closure of a mine in January 2021.

Australia has banned commercial nuclear power plants in every state and territory, and has no plans for a domestic nuclear power industry as of October 2022.

"Australia is an energy-rich country, with ample although not unlimited solar, wind, fossil fuel and uranium resources," Burke told AFP.

But he cautioned against continued fossil fuels extraction.

"If we do not capture the emissions, the world would be set for substantial warming," he said.

The UN Intergovernmental Panel on Climate Change's latest reports in 2021 and 2022, authored by more than 200 scientists from 66 countries, noted: "It is unequivocal that human influence has warmed the atmosphere, ocean and land."