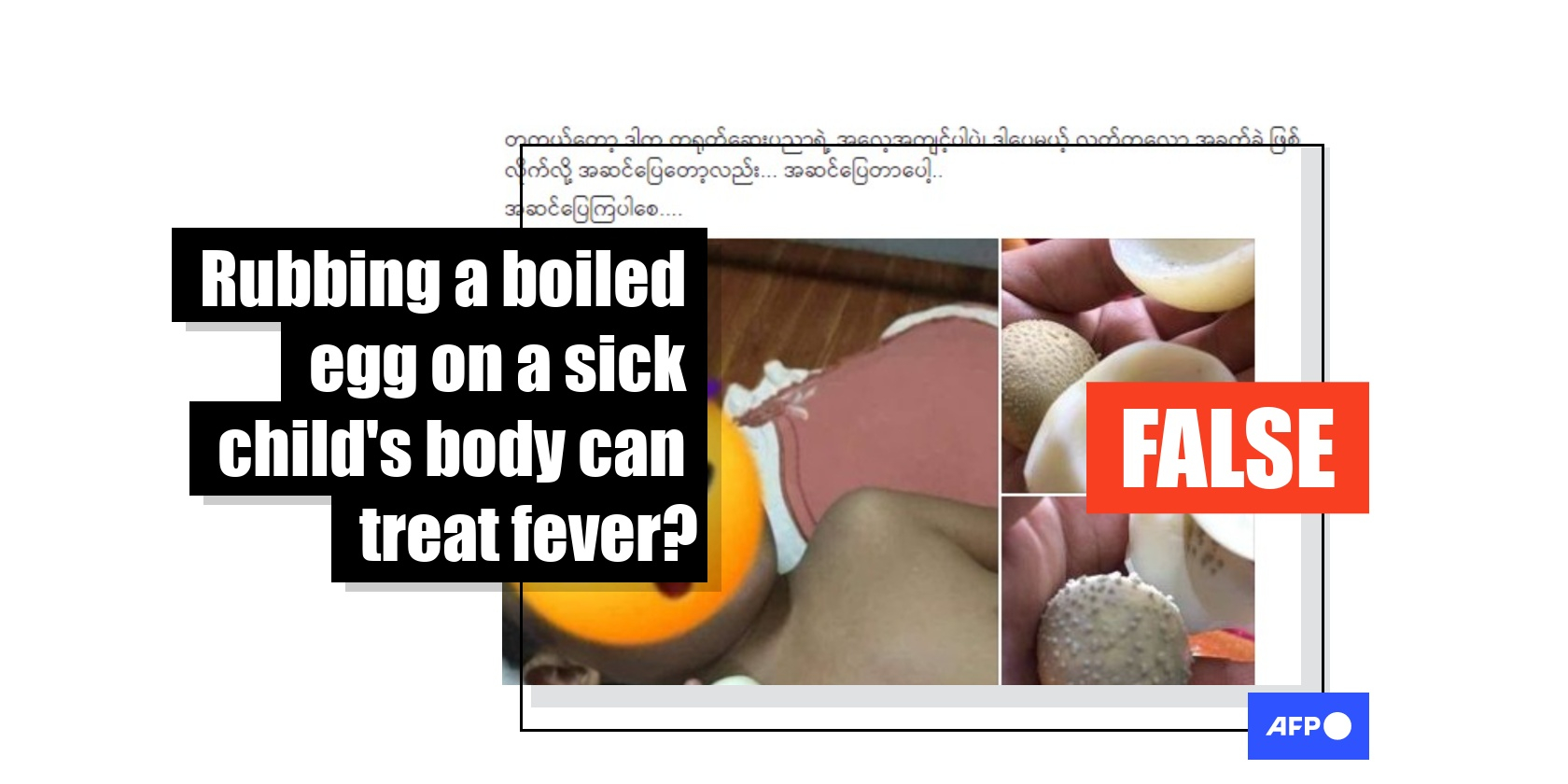 Claim that 'rubbing a boiled egg over a child’s body can cure fever' is false: experts

Facebook posts shared tens of thousands of times in Myanmar and Malaysia claim that rubbing a boiled egg over a child's body can treat a fever. Posts about the treatment promote it as originating from Chinese traditional medicine. These claims, however, are false. Medical experts told AFP there is no evidence a boiled egg can cure fever, and said it has no links to traditional Chinese medicine.

The claim was published on Facebook here on October 6, 2022.

The post, which includes photos of a boiled egg and a young child, has been shared more than 18,000 times.

The post's Burmese-language caption translates to English as: “For child fever and high body temperature, this remedy can be used if the clinics are closed at night.

"Boil an egg thoroughly, then peel it, wrap it in a cloth, and roll it over the child's body. On its head, on the stomach, on the feet, and on the whole body.”

The post also says in part: “This can be done twice a day. In fact, this is a practice of Chinese traditional medicine.” 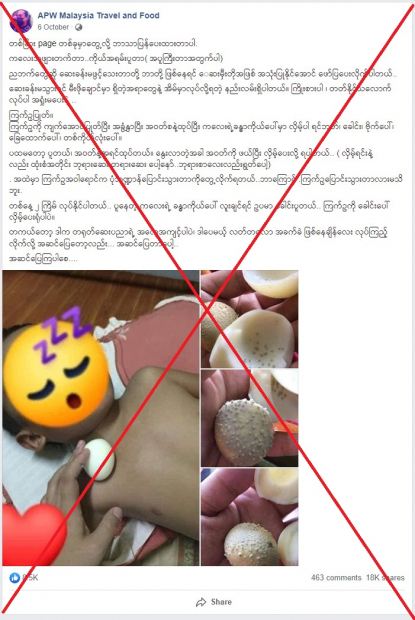 The claim circulated in coup-hit Myanmar, where traditional medicine is widespread. It was also shared on Facebook here, here, and here.

A similar claim linking the purported remedy to traditional Chinese medicine has also circulated in Facebook posts here and here in Muslim-majority Malaysia, where about a fifth of the population is ethnic Chinese.

Dr Wendy Wong, a registered Chinese medicine practitioner and former assistant professor at the Chinese University of Hong Kong, said "the claim a boiled egg can cure fever is absolutely false and misleading".

The treatment is "absolutely not in the context of traditional Chinese medicine nor Chinese culture," she said.

Dr Thurein Hlaing Win, country manager of the healthcare website Hello Sayarwon in Myanmar, told AFP that the claim has no evidence to support it.

"Since we are living in the magnificent era of evidence-based medicine, there must be huge evidence and logical explanation for every treatment which claims to treat or cure a certain disease," he said, adding there was "no evidence" in the case of the boiled egg claim.

AFP has not been able to locate the origin of the pictures in the false posts.