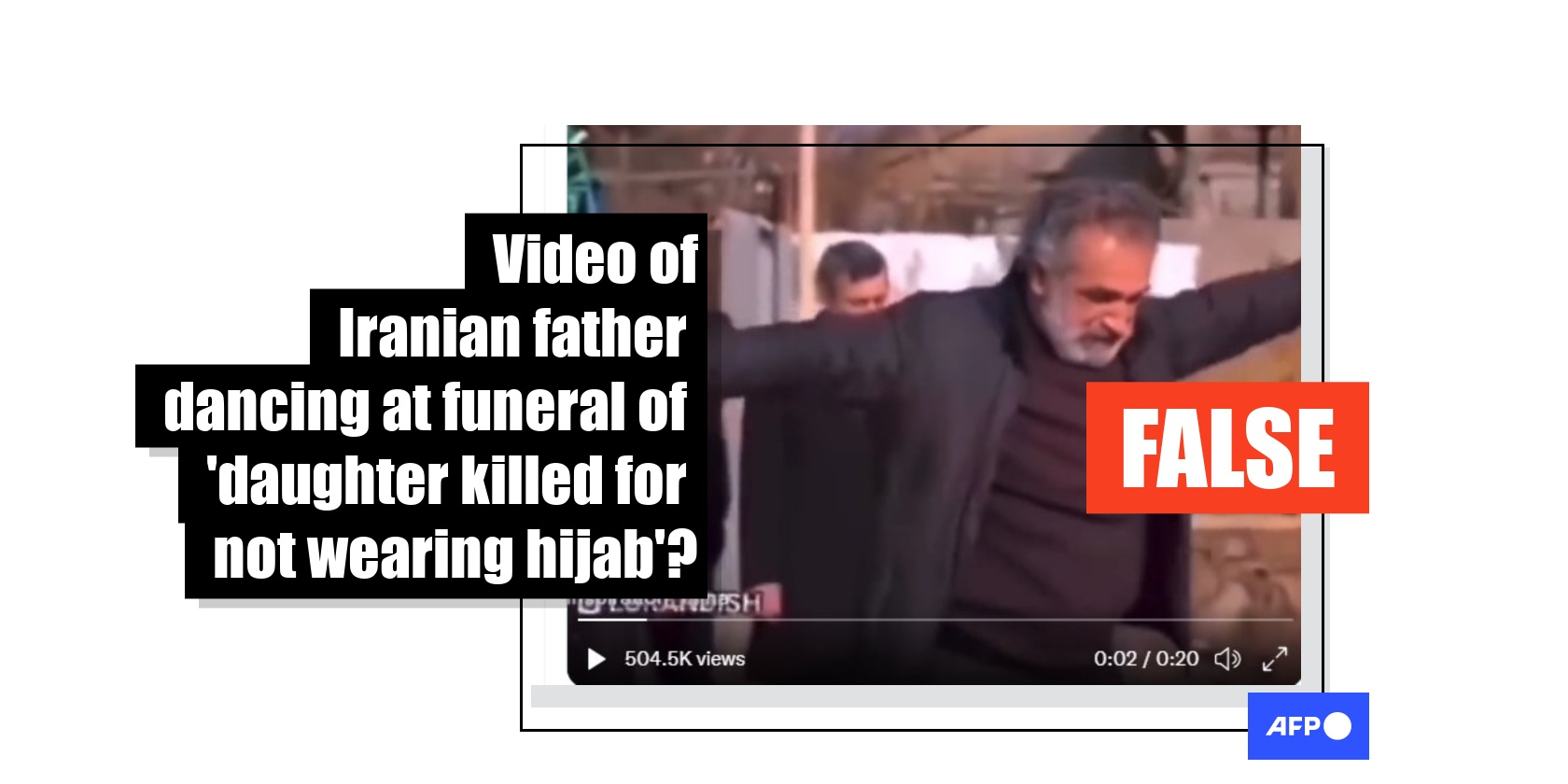 A video of a man dancing has been viewed hundreds of thousands of times alongside a claim it shows a father at the funeral of his daughter who was purportedly killed by Iranian morality police for not covering her hair. The clip circulated as Iranian authorities carried out a lethal crackdown on protests sparked by the death of a woman detained for allegedly breaching rules requiring women to wear the hijab and modest clothes. However, the footage was taken from an episode of an Azerbaijani television series from January 2018.

The video appears to show a man dancing in front of a group of people carrying a coffin.

"Sad. Iranian father who promised to live long to dance at his daughter's wedding ends up dancing at her funeral after she was killed by the Iranian moral police for not covering her hair. #IranRevolution2022," reads the caption. 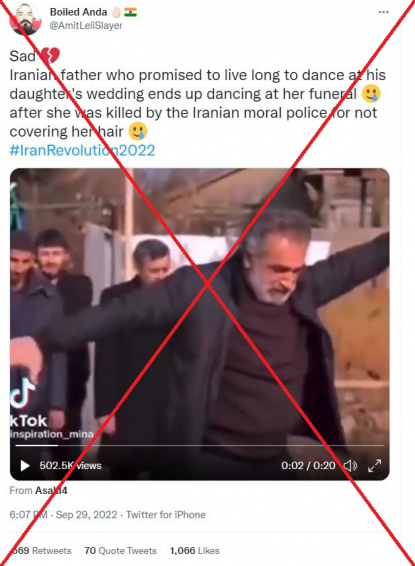 Anger flared at her funeral and spread to become the biggest wave of protests to rock Iran in almost three years. A crackdown has seen scores of demonstrators killed and hundreds arrested.

The clip has been viewed more than 3,000 times alongside similar claims on Facebook here and here.

Comments from some users indicated they believed the video was taken in Iran.

"May his tears wash away the Iranian regime," reads one comment.

Another reads: "The end of #Iranian inhuman regime is inevitable."

A reverse image search on Yandex found a screenshot from the clip in an article published by Egyptian news portal Veto here on April 12, 2021.

The article notes the video has spread alongside similar claims in Iran and other Arab nations since at least 2019, but that the clip is in fact taken from an Azerbaijan television series called "Father's Hearth".

A keyword search on YouTube found the series uploaded to YouTube by the Azerbaijan television network Khazar TV here.

The clip shared in the misleading posts can be seen at the 19-minute, five-second mark of an episode uploaded on January 9, 2018.

Below is a screenshot comparison of the video in the misleading posts (L) and the scene from the series uploaded to YouTube (R):

Screenshot comparison of the video in the misleading posts (L) and the scene from the series uploaded to YouTube (R).

According to the Azerbaijani YouTube video description, the series is a psychological drama about family conflict and follows the stories of several families. It also states "honoured artist" Gurban Ismailov appears in the series.

The actor seen in the clip shared in the misleading posts is Ismailov. Other images of him can be seen here on the Azerbaijan news agency APA.

Below is a screenshot comparison of the actor Ismailov in the clip used in the misleading posts (L) and a photo of him published by APA (R):

Screenshot comparison of the Azerbaijani actor.